Context. The orbital obliquity of planets with respect to the rotational axis of their host stars is a relevant parameter for the characterization of the global architecture of planetary systems and a key observational constraint to discriminate between different scenarios proposed to explain the existence of close-in giant planets.
Aims: In the framework of the GAPS project, we conduct an observational programme aimed at determinating the orbital obliquity of known transiting exoplanets. The targets are selected to probe the obliquity against a wide range of stellar and planetary physical parameters.
Methods: We exploit high-precision radial velocity (RV) measurements, delivered by the HARPS-N spectrograph at the 3.6 m Telescopio Nazionale Galileo, to measure the Rossiter-McLaughlin (RM) effect in RV time-series bracketing planet transits, and to refine the orbital parameters determinations with out-of-transit RV data. We also analyse new transit light curves obtained with several 1-2 m class telescopes to better constrain the physical fundamental parameters of the planets and parent stars.
Results: We report here on new transit spectroscopic observations for three very massive close-in giant planets: WASP-43 b, HAT-P-20 b and Qatar-2 b (Mp = 2.00, 7.22, 2.62 MJ; a = 0.015, 0.036, 0.022 AU, respectively) orbiting dwarf K-type stars with effective temperature well below 5000 K (Teff = 4500 ± 100, 4595 ± 45, 4640 ± 65 K respectively). These are the coolest stars (except for WASP-80) for which the RM effect has been observed so far. We find λ = 3.5 ± 6.8 deg for WASP-43 b and λ = -8.0 ± 6.9 deg for HAT-P-20 b, while for Qatar-2, our faintest target, the RM effect is only marginally detected, though our best-fit value λ = 15 ± 20 deg is in agreement with a previous determination. In combination with stellar rotational periods derived photometrically, we estimate the true spin-orbit angle, finding that WASP-43 b is aligned while the orbit of HAT-P-20 b presents a small but significant obliquity ( deg). By analyzing the CaII H&K chromospheric emission lines for HAT-P-20 and WASP-43, we find evidence for an enhanced level of stellar activity that is possibly induced by star-planet interactions. 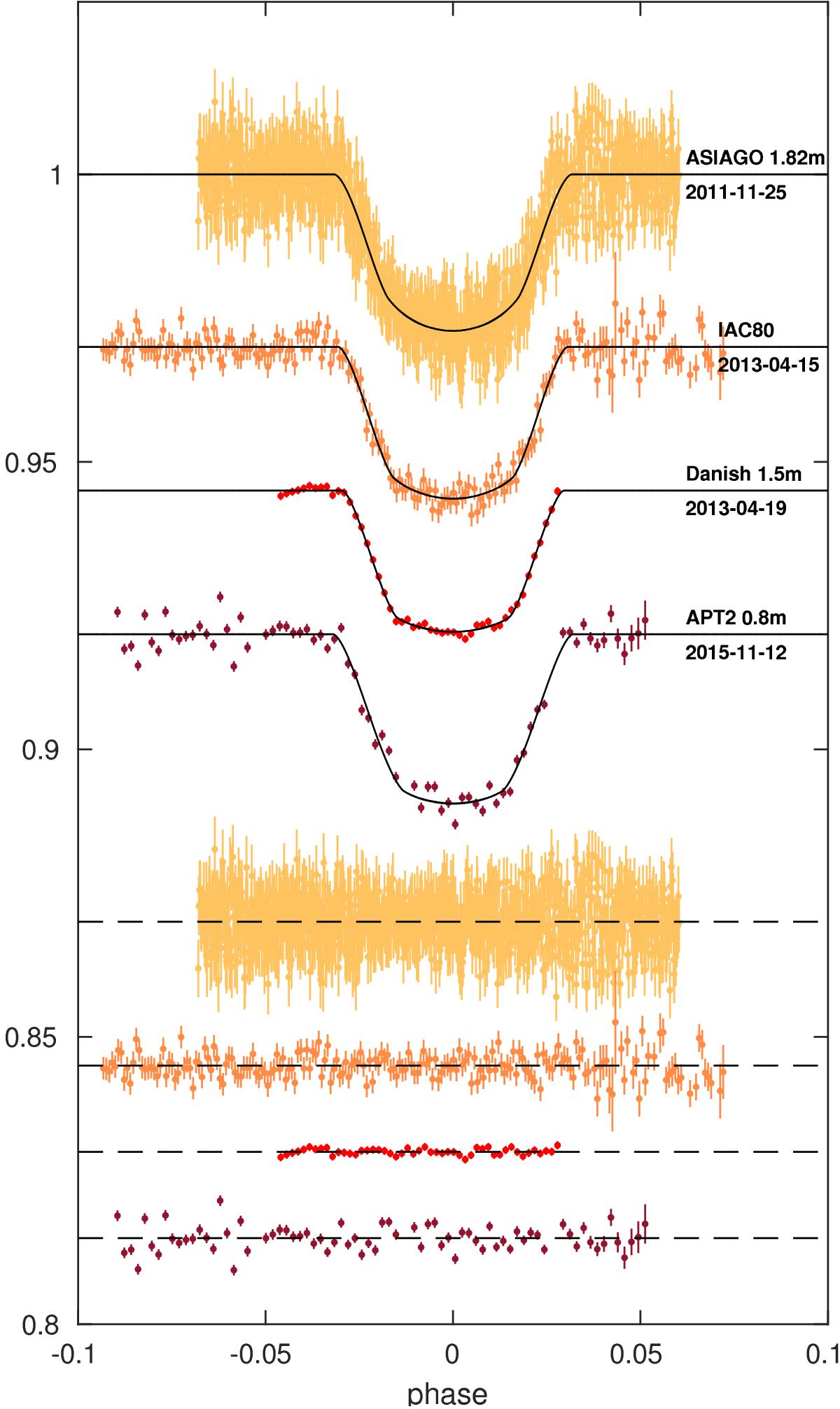