Context. Debris disks correspond to the final evolutionary stage of circumstellar disks around young stars. Gas-deprived structures seen in debris disks are normally, but not always, attributed to dynamical interactions in young planetary systems.
Aims: The debris disk of HIP 73145 has been detected in scattered light in the near-IR, and at far-IR wavelengths before, but no substructure has been seen so far. Detection of such substructures in combination with detailed modeling can hint at the presence of perturbing planetary bodies, or reveal other mechanisms acting to replenish gas and dust reservoirs and forming structures such as spirals or rings.
Methods: We obtained multiwavelength images with SPHERE in the near-IR in the H2 and H3 bands with the IRDIS camera and a 0.95-1.35 μm spectral cube with the IFS. Data were acquired in pupil-tracking mode, thus allowing for angular differential imaging. The SPHERE standard suite of angular differential imaging algorithms was applied. ALMA Band 6 observations complement the SPHERE data.
Results: We detect a bright ring of scattered light plus some secondary structures inside, at least one of them forming a secondary, concentric ring with the first. This is the first detection of this disk in total-intensity scattered light. A second object is detected in the field at high contrast but concluded to be a background star. Forward modeling yields information on the primary parameters of the disk and confirms that the detected substructures are not due to the data analysis approach, which sometimes leads to spurious structures.
Conclusions: We detect a series of concentric rings in the disk around HIP 73145. This is one of the rare cases where multiple components are necessary to fit the SED and are also detected in scattered light. The presence of such ring structures somewhat questions the nature of the object as a pure debris disk, but the gas and dust content would presumably offer sufficient explanations for such structures to form. 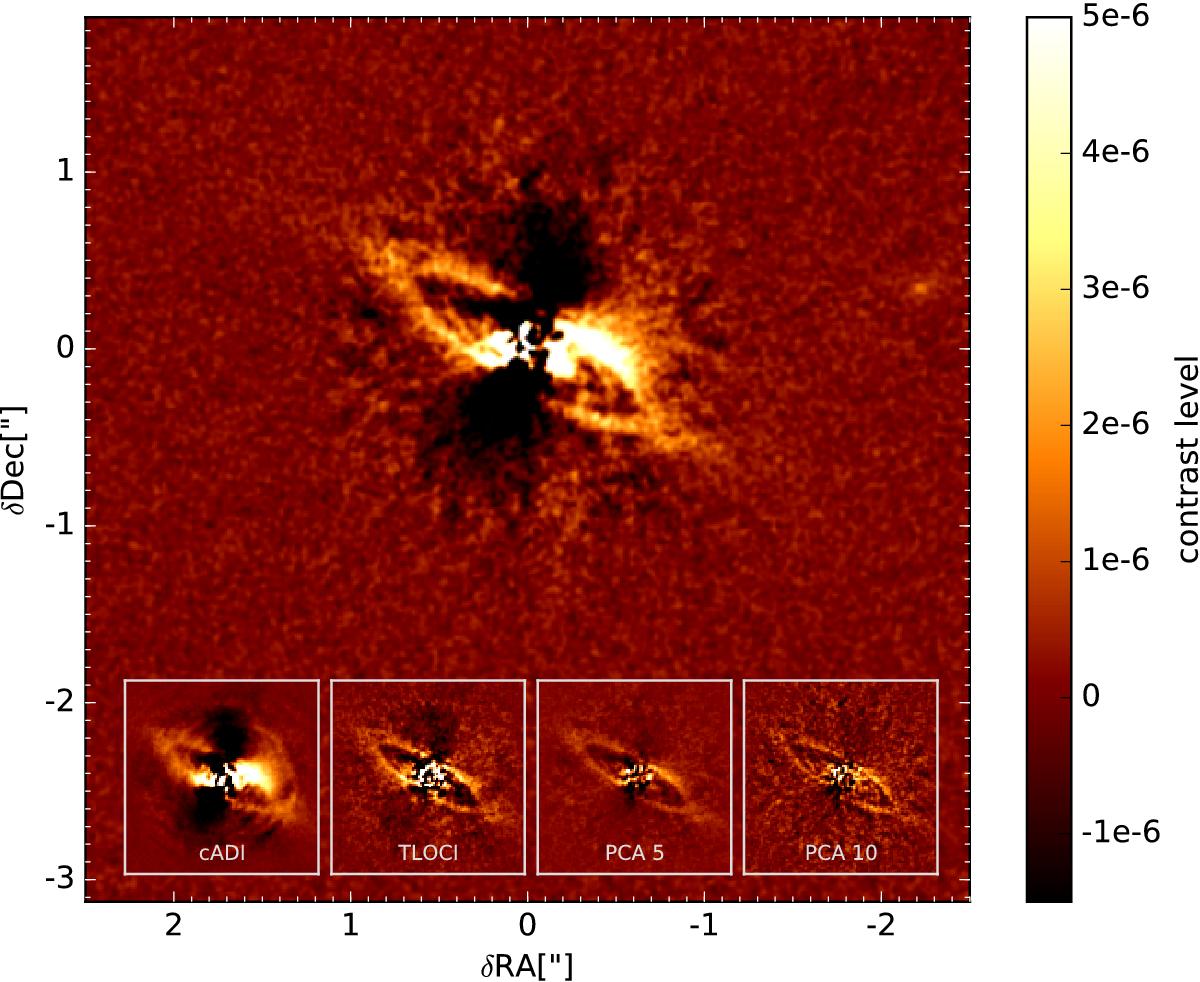