The importance of long-period binaries for the formation and evolution of planetary nebulae is still rather poorly understood, which in part is due to the lack of central star systems that are known to comprise such long-period binaries. Here, we report on the latest results from the on-going Mercator-HERMES survey for variability in the central stars of planetary nebulae. We present a study of the central stars of , , the spectrum of which shows features associated with a hot nebular progenitor as well as a possible A-type companion. Cross-correlation of high-resolution HERMES spectra against synthetic spectra shows the system to be a highly eccentric (e 0.5) double-lined binary with a period of 3300 days. Previous studies indicated that the cool component might be a horizontal branch star of mass 0.55 M⊙, but the observed radial velocity amplitudes rule out such a low mass. If we assume that the nebular symmetry axis and binary orbital plane are perpendicular, then the data are more consistent with a post-main-sequence star ascending towards the giant branch. We also present the continued monitoring of the central star of , , which has now completed one full cycle, allowing the orbital period (P 2700 days) and eccentricity (e 0.3) to be derived. To date, the orbital periods of and are the longest to have been measured spectroscopically in the central stars of planetary nebulae. Furthermore, these systems, along with , comprise the only spectroscopic wide-binary central stars currently known.

Based on observations made with the Mercator Telescope, operated on the island of La Palma by the Flemish Community, at the Spanish Observatorio del Roque de los Muchachos of the Instituto de Astrofísica de Canarias.The radial velocity data for both objects are only available at the CDS via anonymous ftp to http://cdsarc.u-strasbg.fr (http://130.79.128.5) or via http://cdsarc.u-strasbg.fr/viz-bin/qcat?J/A+A/600/L9 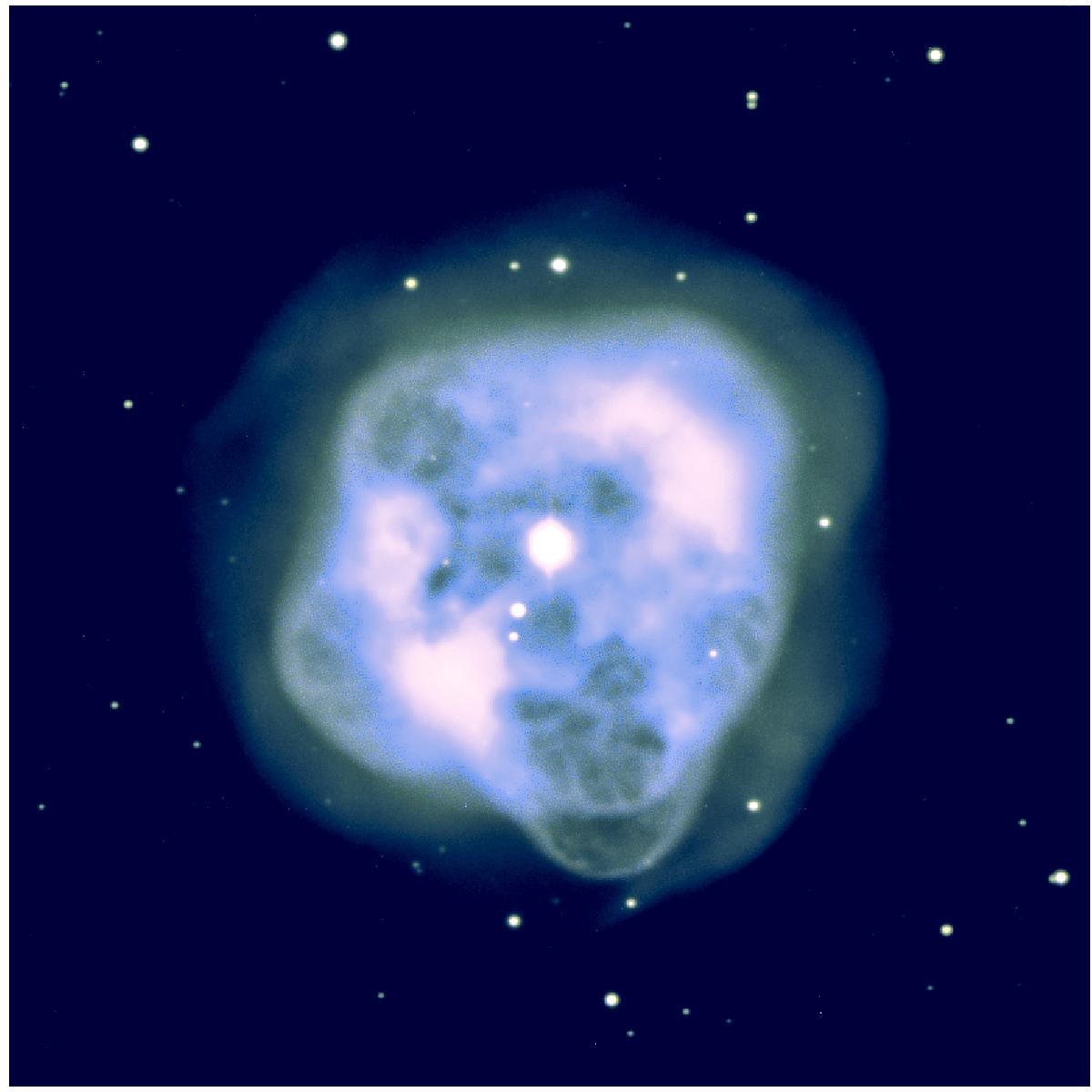