Context. The observational mass-radius relation of main sequence stars with masses between 0.3 and 1.0 M☉ reveals deviations between the stellar radii predicted by models and the observed radii of stars in detached binaries.
Aims: We generate an accurate physical model of the low-mass eclipsing binary T-Cyg1-12664 in the Kepler mission field to measure the physical parameters of its components and to compare them with the prediction of theoretical stellar evolution models.
Methods: We analyze the Kepler mission light curve of T-Cyg1-12664 to accurately measure the times and phases of the primary and secondary eclipse. In addition, we measure the rotational period of the primary component by analyzing the out-of-eclipse oscillations that are due to spots. We accurately constrain the effective temperature of the system using ground-based absolute photometry in B, V, RC, and IC. We also obtain and analyze VRCIC differential light curves to measure the eccentricity and the orbital inclination of the system, and a precise Teff ratio. From the joint analysis of new radial velocities and those in the literature we measure the individual masses of the stars. Finally, we use the PHOEBE code to generate a physical model of the system.
Results: T-Cyg1-12664 is a low eccentricity system, located d = 360 ± 22 pc away from us, with an orbital period of P = 4.1287955(4) days, and an orbital inclination I = 86.969 ± 0.056 degrees. It is composed of two very different stars with an active G6 primary with Teff1 = 5560 ± 160 K, M1 = 0.680 ± 0.045 M☉, R1 = 0.799 ± 0.017 R☉, and a M3V secondary star with Teff2 = 3460 ± 210 K, M2 = 0.376 ± 0.017 M☉, and R2 = 0.3475 ± 0.0081 R☉.
Conclusions: The primary star is an oversized and spotted active star, hotter than the stars in its mass range. The secondary is a cool star near the mass boundary for fully convective stars (M 0.35 M☉), whose parameters appear to be in agreement with low-mass stellar model. 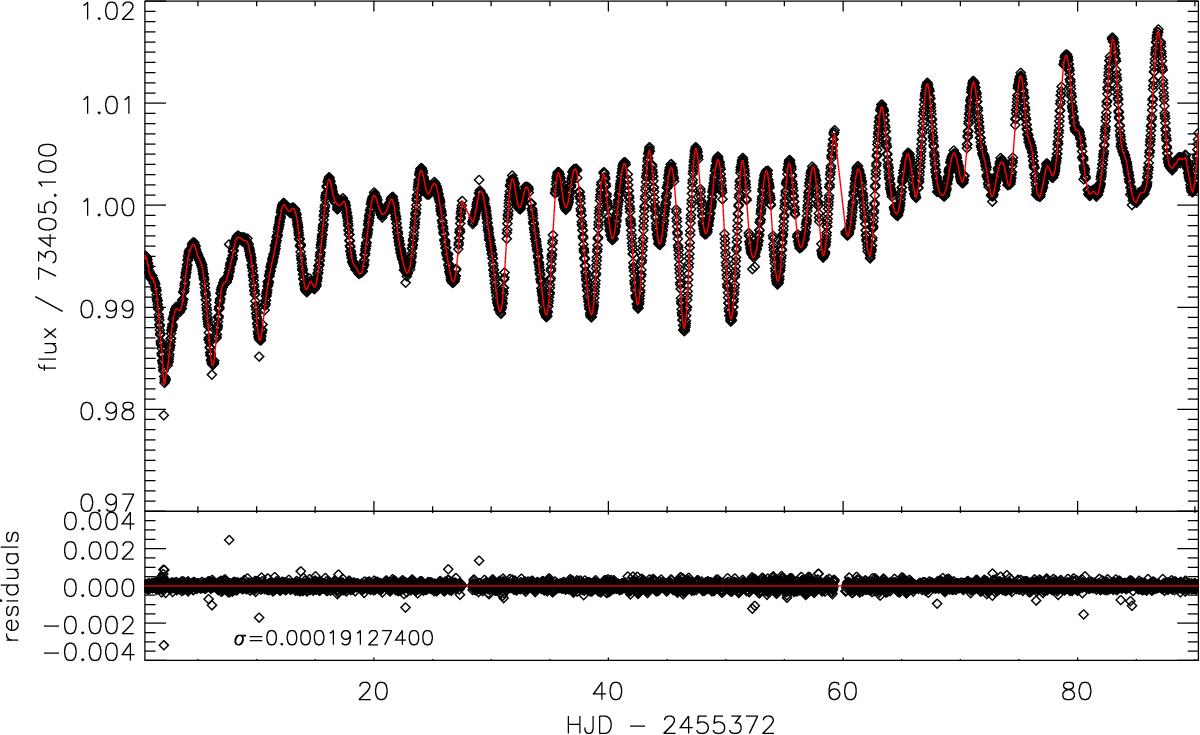