Spiral arms and disc stability in the Andromeda galaxy


Aims: Density waves are often considered as the triggering mechanism of star formation in spiral galaxies. Our aim is to study relations between different star formation tracers (stellar UV and near-IR radiation and emission from H I, CO, and cold dust) in the spiral arms of M 31, to calculate stability conditions in the galaxy disc, and to draw conclusions about possible star formation triggering mechanisms.
Methods: We selected fourteen spiral arm segments from the de-projected data maps and compared emission distributions along the cross sections of the segments in different datasets to each other, in order to detect spatial offsets between young stellar populations and the star-forming medium. By using the disc stability condition as a function of perturbation wavelength and distance from the galaxy centre, we calculated the effective disc stability parameters and the least stable wavelengths at different distances. For this we used a mass distribution model of M 31 with four disc components (old and young stellar discs, cold and warm gaseous discs) embedded within the external potential of the bulge, the stellar halo, and the dark matter halo. Each component is considered to have a realistic finite thickness.
Results: No systematic offsets between the observed UV and CO/far-IR emission across the spiral segments are detected. The calculated effective stability parameter has a lowest value of Qeff ≃ 1.8 at galactocentric distances of 12-13 kpc. The least stable wavelengths are rather long, with the lowest values starting from ≃ 3 kpc at distances R > 11 kpc.
Conclusions: The classical density wave theory is not a realistic explanation for the spiral structure of M 31. Instead, external causes should be considered, such as interactions with massive gas clouds or dwarf companions of M 31. 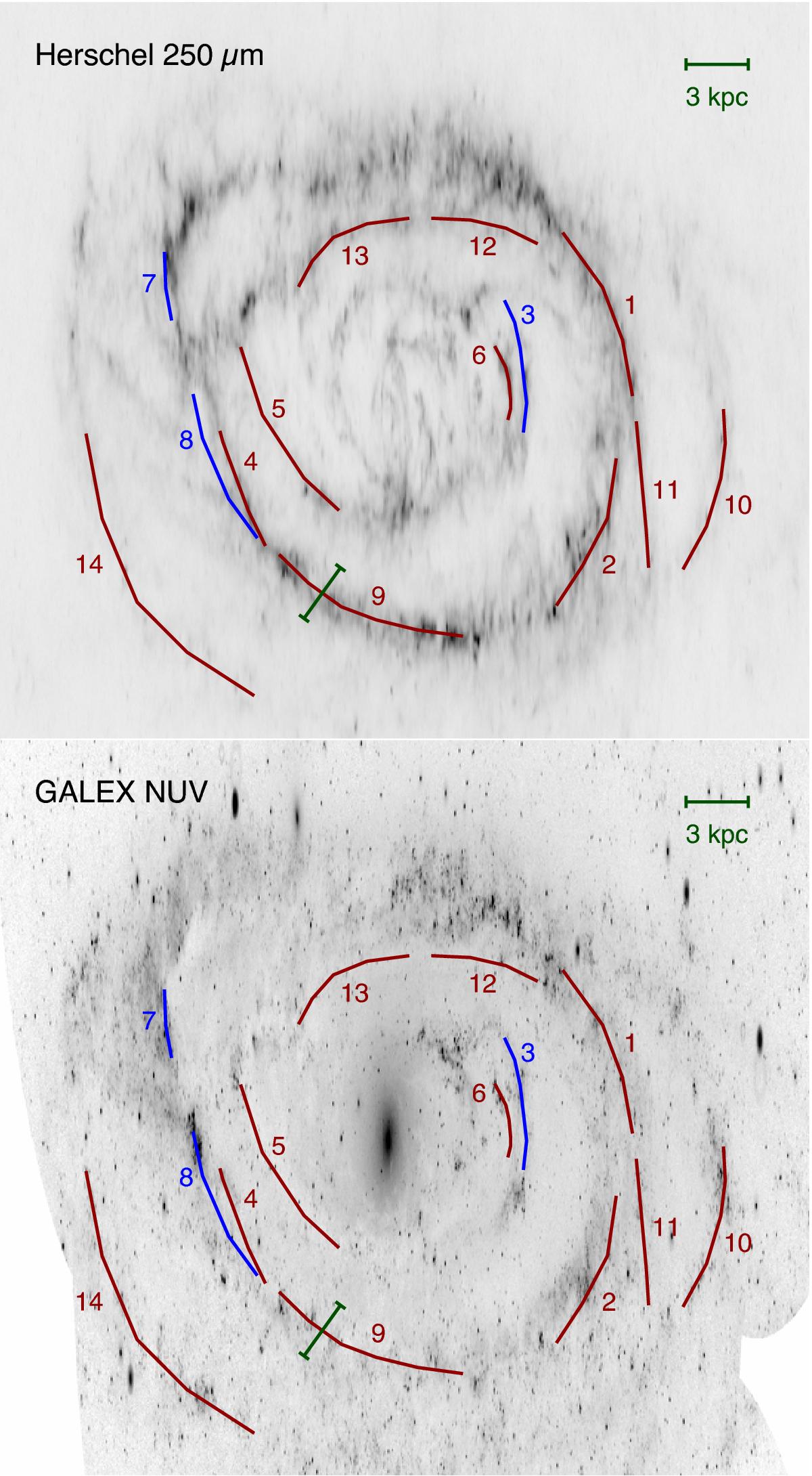