Context. Atmospheric magnetic fields in stars with convective envelopes heat stellar chromospheres, and thus increase the observed flux in the Ca II H and K doublet. Starting with the historical Mount Wilson monitoring program, these two spectral lines have been widely used to trace stellar magnetic activity, and as a proxy for rotation period (Prot) and consequently for stellar age. Monitoring stellar activity has also become essential in filtering out false-positives due to magnetic activity in extra-solar planet surveys. The Ca II emission is traditionally quantified through the -index, which compares the chromospheric flux in the doublet to the overall bolometric flux of the star. Much work has been done to characterize this index for FGK-dwarfs, but M dwarfs - the most numerous stars of the Galaxy - were left out of these analyses and no calibration of their Ca II H and K emission to an exists to date.
Aims: We set out to characterize the magnetic activity of the low- and very-low-mass stars by providing a calibration of the -index that extends to the realm of M dwarfs, and by evaluating the relationship between and the rotation period.
Methods: We calibrated the bolometric and photospheric factors for M dwarfs to properly transform the S-index (which compares the flux in the Ca II H and K lines to a close spectral continuum) into the . We monitored magnetic activity through the Ca II H and K emission lines in the HARPS M dwarf sample.
Results: The index, like the fractional X-ray luminosity LX/Lbol, shows a saturated correlation with rotation, with saturation setting in around a ten days rotation period. Above that period, slower rotators show weaker Ca II activity, as expected. Under that period, the index saturates to approximately 10-4. Stellar mass modulates the Ca II activity, with showing a constant basal activity above 0.6 M☉ and then decreasing with mass between 0.6 M☉ and the fully-convective limit of 0.35 M☉. Short-term variability of the activity correlates with its mean level and stars with higher indexes show larger variability, as previously observed for earlier spectral types. 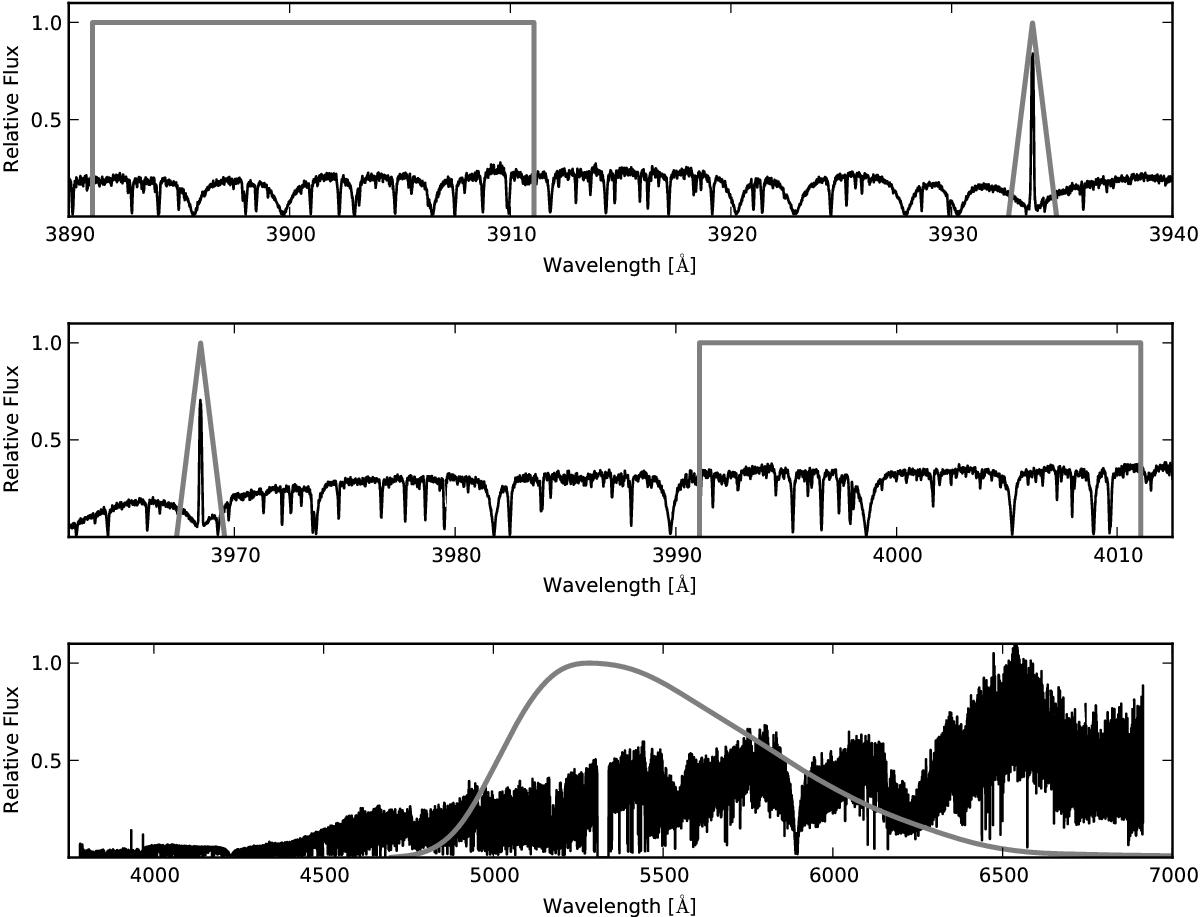