The JAXA Hayabusa-2 mission was approved in 2010 and launched on December 3, 2014. The spacecraft will arrive at the near-Earth asteroid 162173 Ryugu (1999 JU3) in 2018 where it will perform a survey, land and obtainsurface material, then depart in December 2019 and return to Earth in December 2020. We observed Ryugu with the Herschel Space Observatory in April 2012 at far-infrared thermal wavelengths, supported by several ground-based observations to obtain optical lightcurves. We reanalysed previously published Subaru-COMICS and AKARI-IRC observations and merged them with a Spitzer-IRS data set. In addition, we used a large set of Spitzer-IRAC observations obtained in the period January to May, 2013. The data set includes two complete rotational lightcurves and a series of ten "point-and-shoot" observations, all at 3.6 and 4.5 μm. The almost spherical shape of the target together with the insufficient lightcurve quality forced us to combine radiometric and lightcurve inversion techniques in different ways to find the object's spin-axis orientation, its shape and to improve the quality of the key physical and thermal parameters. Handling thermal data in inversion techniques remains challenging: thermal inertia, roughness or local structures influence the temperature distribution on the surface. The constraints for size, spin or thermal properties therefore heavily depend on the wavelengths of the observations. We find that the solution which best matches our data sets leads to this C class asteroid having a retrograde rotation with a spin-axis orientation of (λ = 310°-340°; β = -40° ± 15°) in ecliptic coordinates, an effective diameter (of an equal-volume sphere) of 850 to 880 m, a geometric albedo of 0.044 to 0.050 and a thermal inertia in the range 150 to 300 J m-2 s-0.5 K-1. Based on estimated thermal conductivities of the top-layer surface in the range 0.1 to 0.6 W K-1 m-1, we calculated that the grain sizes are approximately equal to between 1 and 10 mm. The finely constrained values for this asteroid serve as a "design reference model", which is currently used for various planning, operational and modelling purposes by the Hayabusa-2 team.

This work includes space data from (I) Herschel, an ESA space observatory with science instruments provided by European-led Principal Investigator consortia and with important participation from NASA; (II) Spitzer Space Telescope, which is operated by the Jet Propulsion Laboratory, California Institute of Technology under a contract with NASA; (III) AKARI, a JAXA project with the participation of ESA. 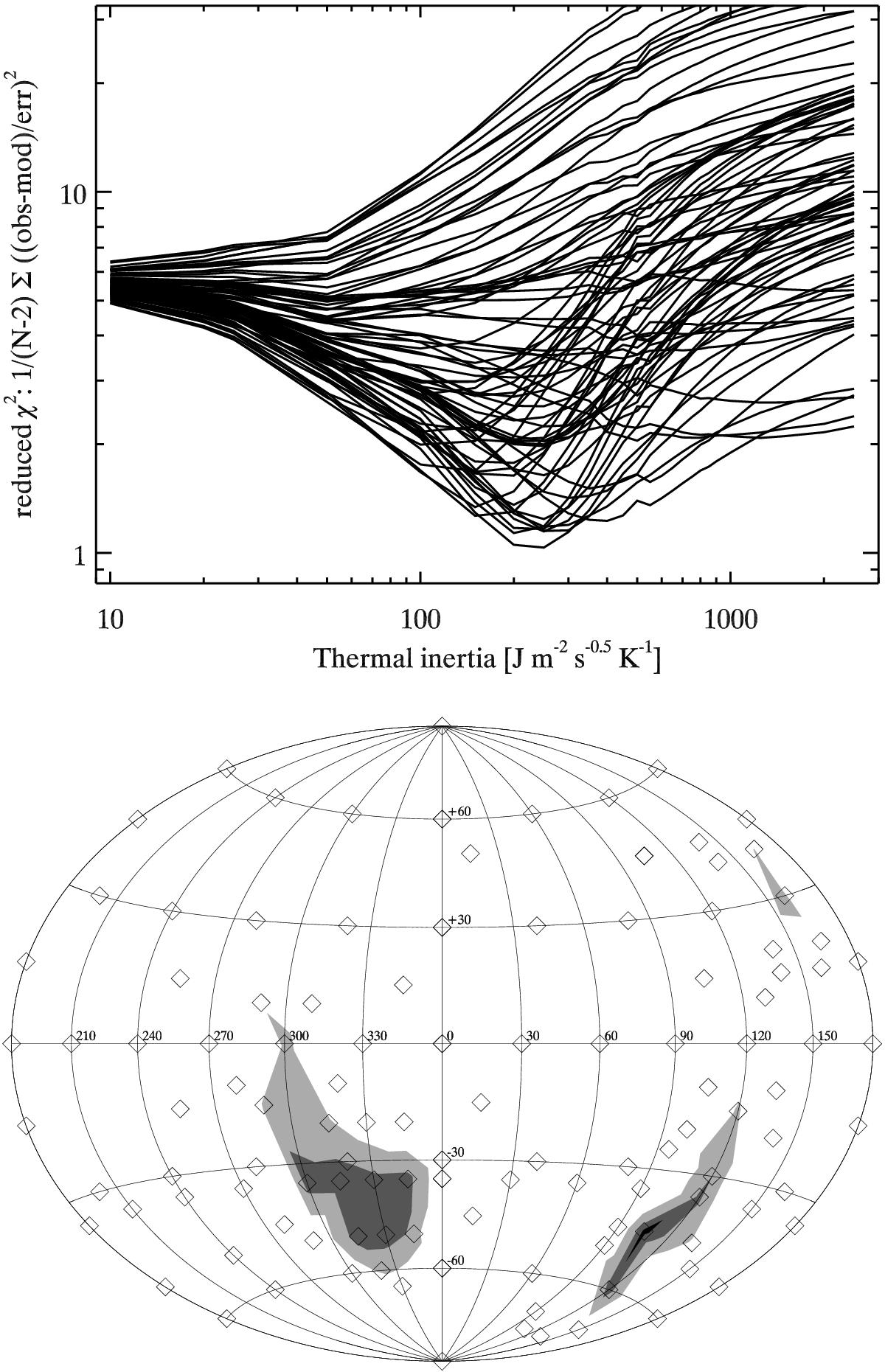