The characterization of the Galactic foregrounds has been shown to be the main obstacle in thechallenging quest to detect primordial B-modes in the polarized microwave sky. We make use of the Planck-HFI 2015 data release at high frequencies to place new constraints on the properties of the polarized thermal dust emission at high Galactic latitudes. Here, we specifically study the spatial variability of the dust polarized spectral energy distribution (SED), and its potential impact on the determination of the tensor-to-scalar ratio, r. We use the correlation ratio of the CBBℓ angular power spectra between the 217 and 353 GHz channels as a tracer of these potential variations, computed on different high Galactic latitude regions, ranging from 80% to 20% of the sky. The new insight from Planck data is a departure of the correlation ratio from unity that cannot be attributed to a spurious decorrelation due to the cosmic microwave background, instrumental noise, or instrumental systematics. The effect is marginally detected on each region, but the statistical combination of all the regions gives more than 99% confidence for this variation in polarized dust properties. In addition, we show that the decorrelation increases when there is a decrease in the mean column density of the region of the sky being considered, and we propose a simple power-law empirical model for this dependence, which matches what is seen in the Planck data. We explore the effect that this measured decorrelation has on simulations of the BICEP2-Keck Array/Planck analysis and show that the 2015 constraints from these data still allow a decorrelation between the dust at 150 and 353 GHz that is compatible with our measured value. Finally, using simplified models, we show that either spatial variation of the dust SED or of the dust polarization angle are able to produce decorrelations between 217 and 353 GHz data similar to the values we observe in the data. 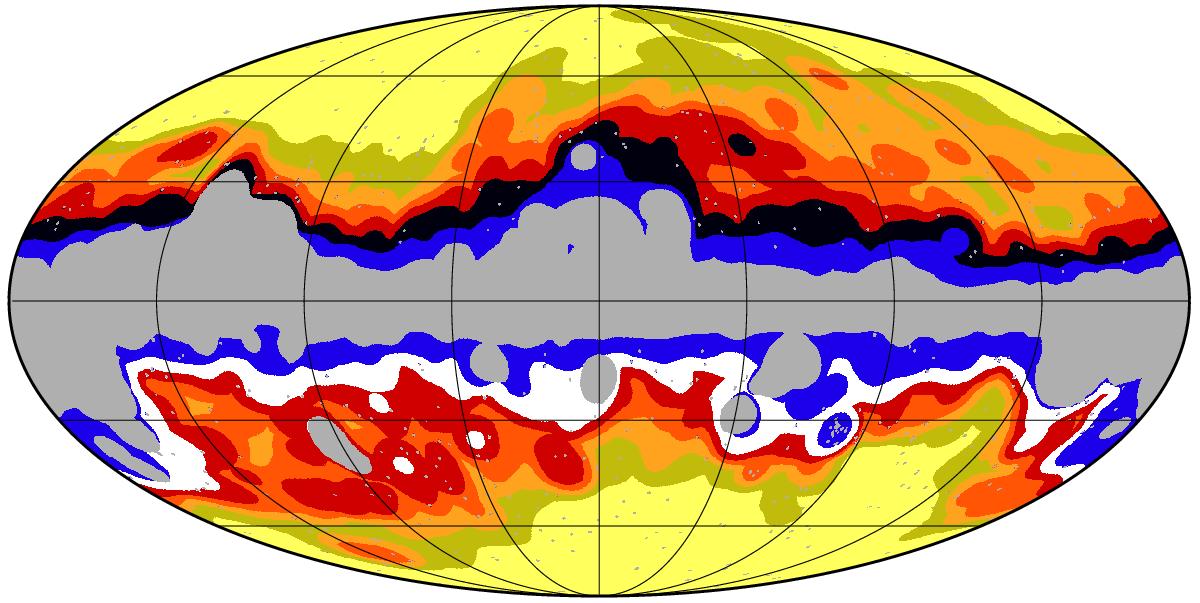