Formation and composition of planets around very low mass stars

Context. The recent detection of planets around very low mass stars raises the question of the formation, composition, and potential habitability of these objects.
Aims: We use planetary system formation models to infer the properties, in particular their radius distribution and water content, of planets that may form around stars ten times less massive than the Sun.
Methods: Our planetary system formation and composition models take into account the structure and evolution of the protoplanetary disk, the planetary mass growth by accretion of solids and gas, as well as planet-planet, planet-star, and planet-disk interactions.
Results: We show that planets can form at small orbital period in orbit about low-mass stars. We show that the radius of the planets is peaked at about 1 R⊕ and that they are, in general, volatile rich especially if proto-planetary disks orbiting this type of stars are long lived.
Conclusions: Close-in planets orbiting low-mass stars similar in terms of mass and radius to those recently detected can be formed within the framework of the core-accretion paradigm as modeled here. The properties of protoplanetary disks, and their correlation with the stellar type, are key to understand their composition. 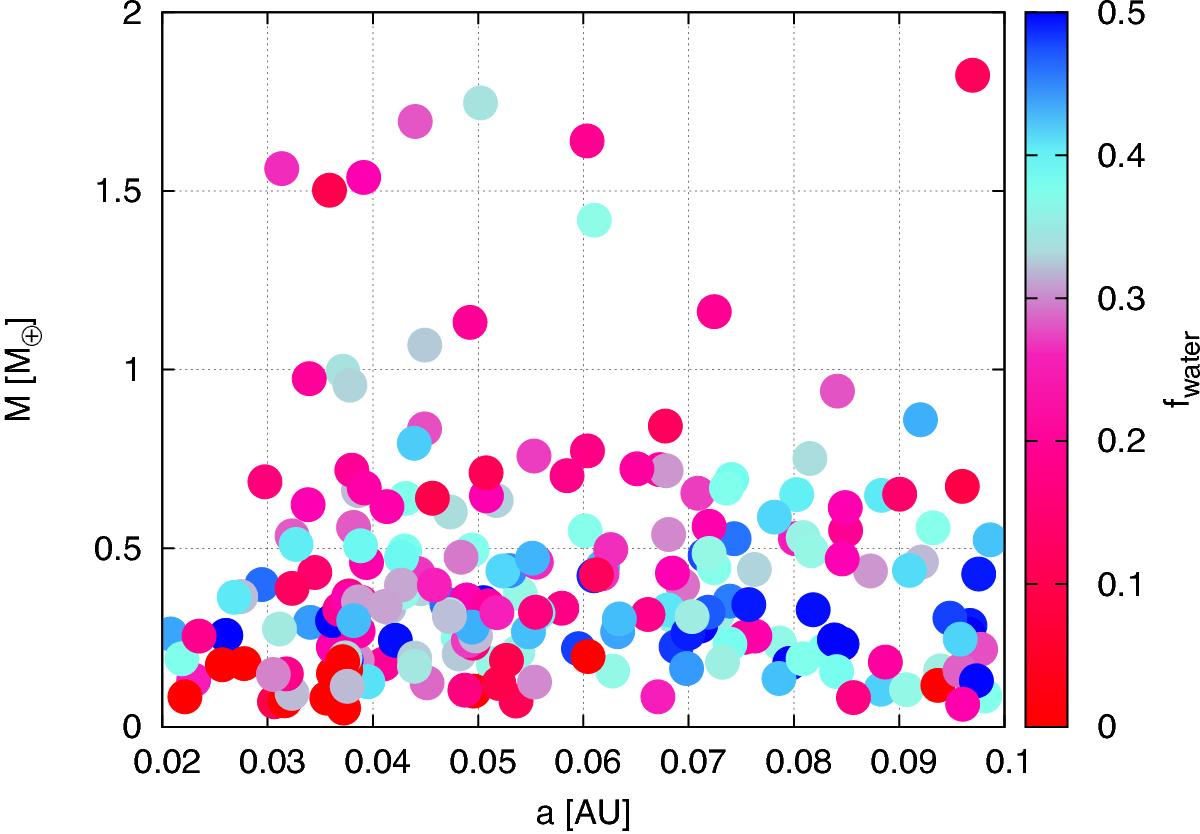