The VIMOS Public Extragalactic Redshift Survey (VIPERS). The coevolution of galaxy morphology and colour to z 1

Context. The study of the separation of galaxy types into different classes that share the same characteristics, and of the evolution of the specific parameters used in the classification are fundamental for understanding galaxy evolution.
Aims: We explore the evolution of the statistical distribution of galaxy morphological properties and colours combining high-quality imaging data from the CFHT Legacy Survey with the large number of redshifts and extended photometry from the VIPERS survey.
Methods: Galaxy structural parameters were combined with absolute magnitudes, colours and redshifts in order to trace evolution in a multi-parameter space. Using a new method we analysed the combination of colours and structural parameters of early- and late-type galaxies in luminosity-redshift space.
Results: We find that both the rest-frame colour distributions in the (U-B) vs. (B-V) plane and the Sérsic index distributions are well fitted by a sum of two Gaussians, with a remarkable consistency of red-spheroidal and blue-disky galaxy populations, over the explored redshift (0.5 < z < 1) and luminosity (-1.5 < B-B∗ < 1.0) ranges. The combination of the rest-frame colour and Sérsic index as a function of redshift and luminosity allows us to present the structure of both galaxy types and their evolution. We find that early-type galaxies display only a slow change in their concentrations after z = 1. Their high concentrations were already established at z 1 and depend much more strongly on their luminosity than redshift. In contrast, late-type galaxies clearly become more concentrated with cosmic time with only little evolution in colour, which remains dependent mainly on their luminosity.
Conclusions: The combination of rest-frame colours and Sérsic index as a function of redshift and luminosity leads to a precise statistical description of the structure of galaxies and their evolution. Additionally, the proposed method provides a robust way to split galaxies into early and late types.

Based on observations collected at the European Southern Observatory, Cerro Paranal, Chile, using the Very Large Telescope under programs 182.A-0886 and partly 070.A-9007. Also based on observations obtained with MegaPrime/MegaCam, a joint project of CFHT and CEA/DAPNIA, at the Canada-France-Hawaii Telescope (CFHT), which is operated by the National Research Council (NRC) of Canada, the Institut National des Sciences de l'Univers of the Centre National de la Recherche Scientifique (CNRS) of France, and the University of Hawaii. This work is based in part on data products produced at TERAPIX and the Canadian Astronomy Data Centre as part of the Canada-France-Hawaii Telescope Legacy Survey, a collaborative project of NRC and CNRS. The VIPERS web site is http://vipers.inaf.it/A table of the fitted parameters is only available at the CDS via anonymous ftp to http://cdsarc.u-strasbg.fr (http://130.79.128.5) or via http://cdsarc.u-strasbg.fr/viz-bin/qcat?J/A+A/598/A120 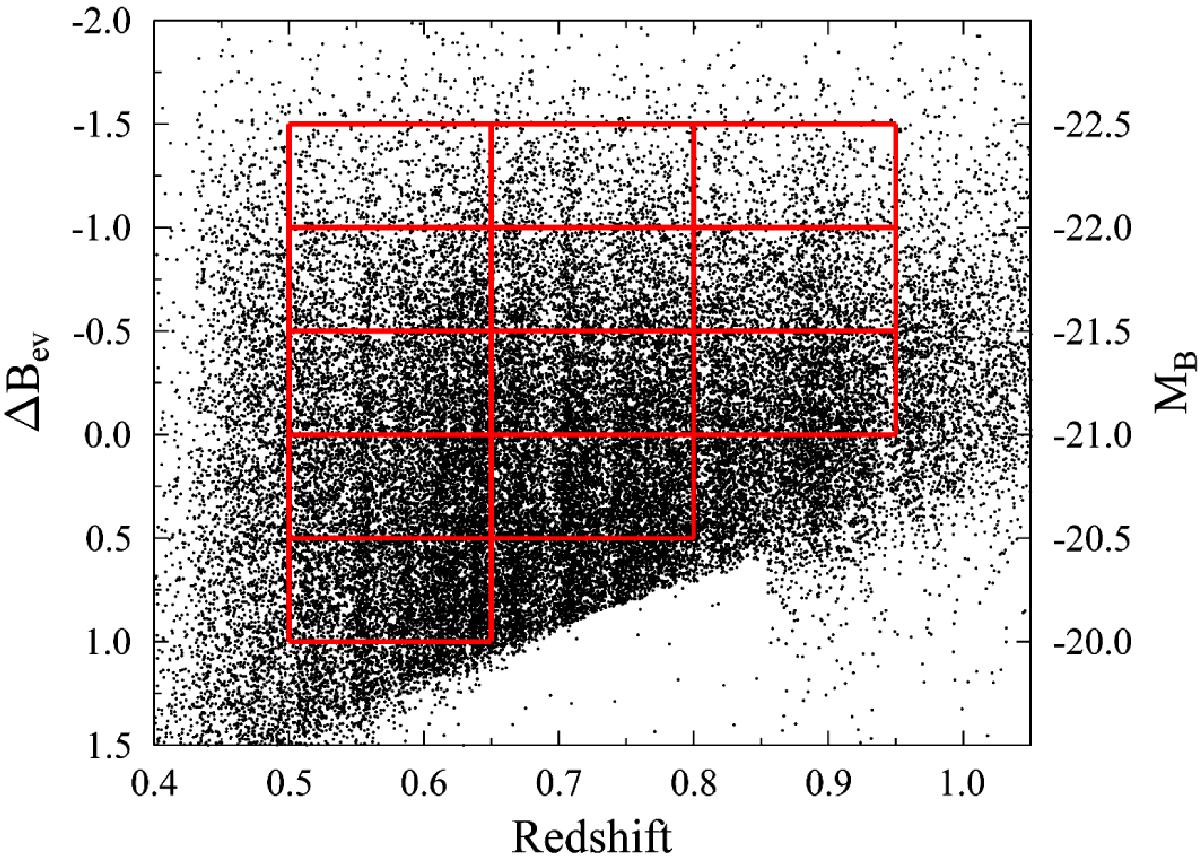