Context. Massive binaries play a crucial role in the Universe. Knowing the distributions of their orbital parameters is important for a wide range of topics from stellar feedback to binary evolution channels and from the distribution of supernova types to gravitational wave progenitors, yet no direct measurements exist outside the Milky Way.
Aims: The Tarantula Massive Binary Monitoring project was designed to help fill this gap by obtaining multi-epoch radial velocity (RV) monitoring of 102 massive binaries in the 30 Doradus region.
Methods: In this paper we analyze 32 FLAMES/GIRAFFE observations of 93 O- and 7 B-type binaries. We performed a Fourier analysis and obtained orbital solutions for 82 systems: 51 single-lined (SB1) and 31 double-lined (SB2) spectroscopic binaries.
Results: Overall, the binary fraction and orbital properties across the 30 Doradus region are found to be similar to existing Galactic samples. This indicates that within these domains environmental effects are of second order in shaping the properties of massive binary systems. A small difference is found in the distribution of orbital periods, which is slightly flatter (in log space) in 30 Doradus than in the Galaxy, although this may be compatible within error estimates and differences in the fitting methodology. Also, orbital periods in 30 Doradus can be as short as 1.1 d, somewhat shorter than seen in Galactic samples. Equal mass binaries (q> 0.95) in 30 Doradus are all found outside NGC 2070, the central association that surrounds R136a, the very young and massive cluster at 30 Doradus's core. Most of the differences, albeit small, are compatible with expectations from binary evolution. One outstanding exception, however, is the fact that earlier spectral types (O2-O7) tend to have shorter orbital periods than later spectral types (O9.2-O9.7).
Conclusions: Our results point to a relative universality of the incidence rate of massive binaries and their orbital properties in the metallicity range from solar (Z⊙) to about half solar. This provides the first direct constraints on massive binary properties in massive star-forming galaxies at the Universe's peak of star formation at redshifts z 1 to 2 which are estimated to have Z 0.5 Z⊙. 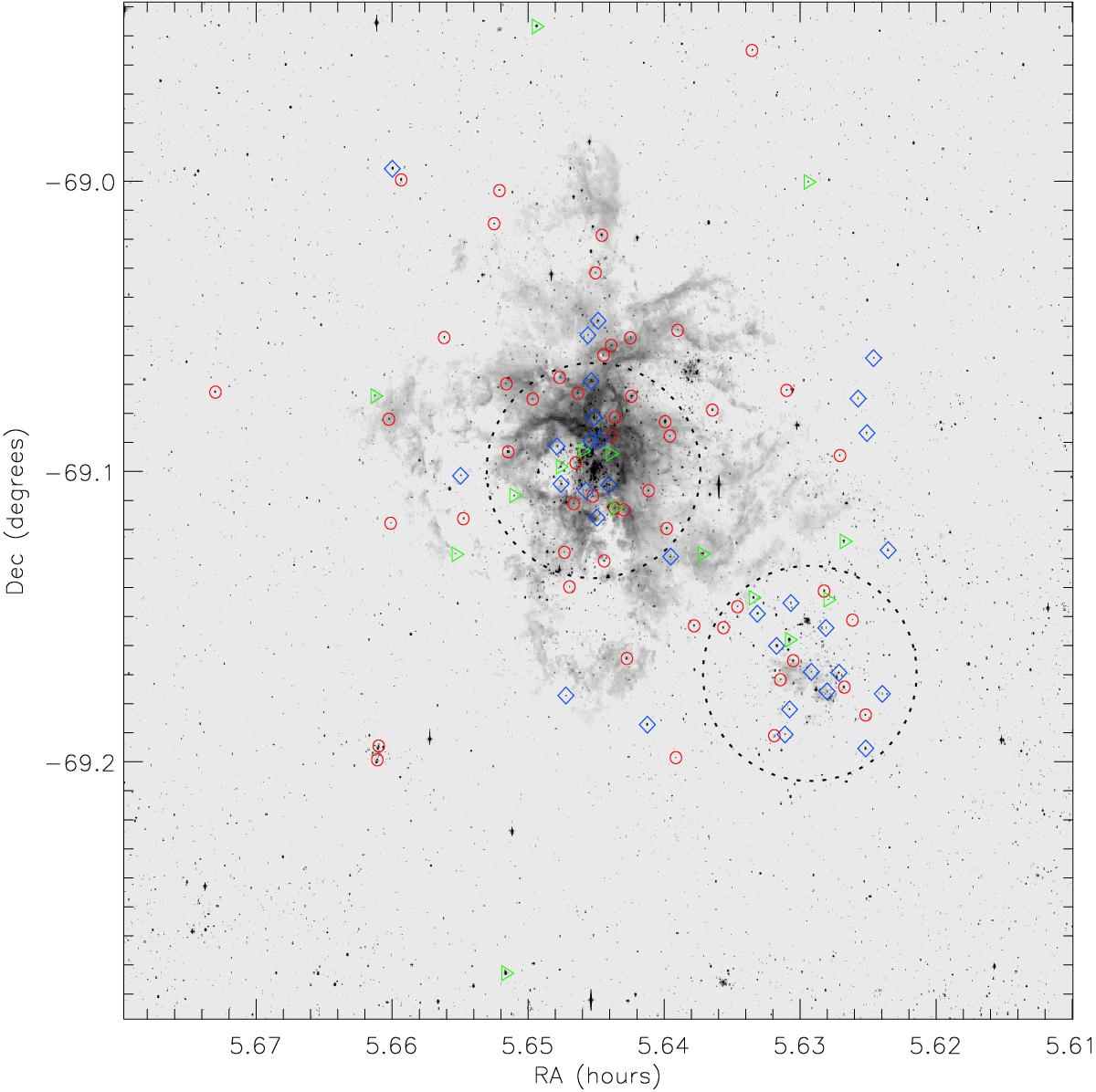