Supernova rates from the SUDARE VST-Omegacam search II. Rates in a galaxy sample


Aims: This is the second paper of a series in which we present measurements of the supernova (SN) rates from the SUDARE survey. The aim of this survey is to constrain the core collapse (CC) and Type Ia SN progenitors by analysing the dependence of their explosion rate on the properties of the parent stellar population averaging over a population of galaxies with different ages in a cosmic volume and in a galaxy sample. In this paper, we study the trend of the SN rates with the intrinsic colours, the star formation activity and the masses of the parent galaxies. To constrain the SN progenitors we compare the observed rates with model predictions assuming four progenitor models for SNe Ia with different distribution functions of the time intervals between the formation of the progenitor and the explosion, and a mass range of 8-40 M⊙ for CC SN progenitors.
Methods: We considered a galaxy sample of approximately 130 000 galaxies and a SN sample of approximately 50 events. The wealth of photometric information for our galaxy sample allows us to apply the spectral energy distribution (SED) fitting technique to estimate the intrinsic rest frame colours, the stellar mass and star formation rate (SFR) for each galaxy in the sample. The galaxies have been separated into star-forming and quiescent galaxies, exploiting both the rest frame U-V vs. V-J colour-colour diagram and the best fit values of the specific star formation rate (sSFR) from the SED fitting.
Results: We found that the SN Ia rate per unit mass is higher by a factor of six in the star-forming galaxies with respect to the passive galaxies, identified as such both on the U-V vs. V-J colour-colour diagram and for their sSFR. The SN Ia rate per unit mass is also higher in the less massive galaxies that are also younger. These results suggest a distribution of the delay times (DTD) less populated at long delay times than at short delays. The CC SN rate per unit mass is proportional to both the sSFR and the galaxy mass, confirming that the CC SN progenitors explode soon after the end of the star formation activity. The trends of the Type Ia and CC SN rates as a function of the sSFR and the galaxy mass that we observed from SUDARE data are in agreement with literature results at different redshifts suggesting that the ability of the stellar populations to produce SN events does not vary with cosmic time. The expected number of SNe Ia is in agreement with that observed for all four DTD models considered both in passive and star-forming galaxies so we can not discriminate between different progenitor scenarios. The expected number of CC SNe is higher than that observed, suggesting a higher limit for the minimum progenitor mass. However, at least part of this discrepancy between expected and observed number of CC SNe may reflect a fluctuation due to the relatively poor statistics. We also compare the expected and observed trends of the SN Ia rate with the intrinsic U-J colour of the parent galaxy, assumed to be a tracer of the age distribution. While the slope of the relation between the SN Ia rate and the U-J colour in star-forming galaxies can be well-reproduced by all four DTD models considered, only the steepest of them is able to account for the rates and colour in star-forming and passive galaxies with the same value of the SN Ia production efficiency. The agreement between model predictions and data could be found for the other DTD models, but with a productivity of SN Ia higher in passive galaxies compared to star-forming galaxies. 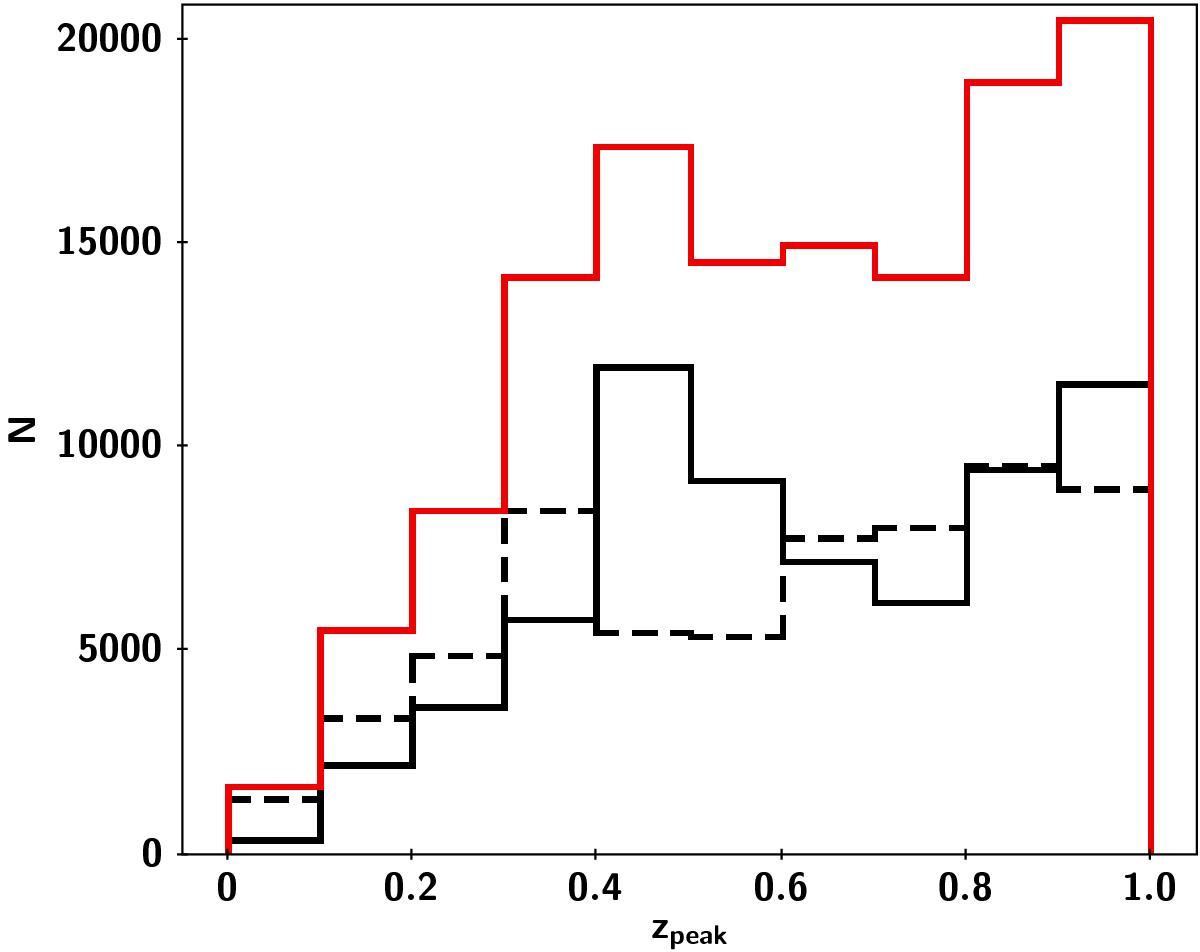