Galactic archaeology with asteroseismology and spectroscopy: Red giants observed by CoRoT and APOGEE

With the advent of the space missions CoRoT and Kepler, it has recently become feasible to determine precise asteroseismic masses and relative ages for large samples of red giant stars. We present the CoRoGEE dataset, obtained from CoRoT light curves for 606 red giants in two fields of the Galactic disc that have been co-observed by the Apache Point Observatory Galactic Evolution Experiment (APOGEE). We used the Bayesian parameter estimation code PARAM to calculate distances, extinctions, masses, and ages for these stars in a homogeneous analysis, resulting in relative statistical uncertainties of ≲2% in distance, 4% in radius, 9% in mass and 25% in age. We also assessed systematic age uncertainties stemming from different input physics and mass loss. We discuss the correlation between ages and chemical abundance patterns of field stars over a broad radial range of the Milky Way disc (5 kpc <RGal< 14 kpc), focussing on the [α/Fe]-[Fe/H]-age plane in five radial bins of the Galactic disc. We find an overall agreement with the expectations of pure chemical-evolution models computed before the present data were available, especially for the outer regions. However, our data also indicate that a significant fraction of stars now observed near and beyond the solar neighbourhood migrated from inner regions. Mock CoRoGEE observations of a chemodynamical Milky Way disc model indicate that the number of high-metallicity stars in the outer disc is too high to be accounted for even by the strong radial mixing present in the model. The mock observations also show that the age distribution of the [α/Fe]-enhanced sequence in the CoRoGEE inner-disc field is much broader than expected from a combination of radial mixing and observational errors. We suggest that a thick-disc/bulge component that formed stars for more than 3 Gyr may account for these discrepancies. Our results are subject to future improvements due to (a) the still low statistics, because our sample had to be sliced into bins of Galactocentric distances and ages; (b) large uncertainties in proper motions (and therefore guiding radii); and (c) corrections to the asteroseismic mass-scaling relation. The situation will improve not only upon the upcoming Gaia data releases, but also with the foreseen increase in the number of stars with both seismic and spectroscopic information. 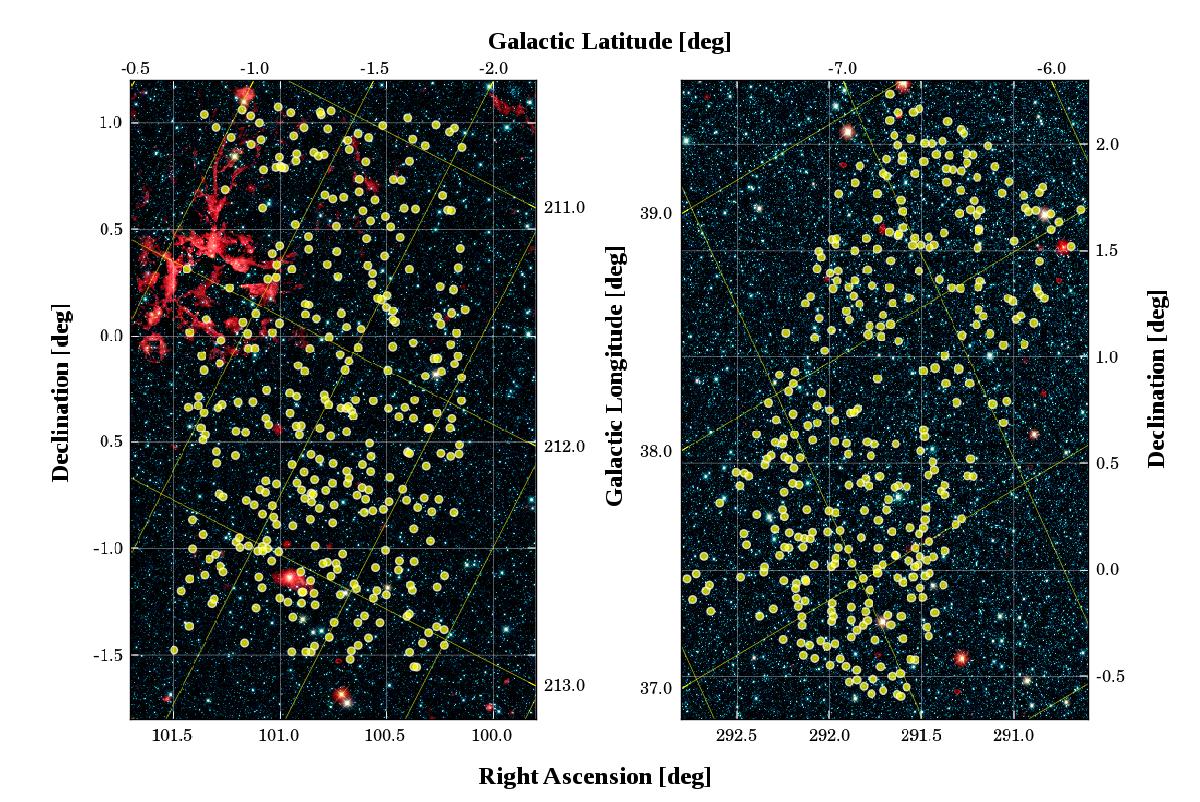