The VIMOS Public Extragalactic Redshift Survey (VIPERS). Gravity test from the combination of redshift-space distortions and galaxy-galaxy lensing at 0.5 < z < 1.2

We carry out a joint analysis of redshift-space distortions and galaxy-galaxy lensing, with the aim of measuring the growth rate of structure; this is a key quantity for understanding the nature of gravity on cosmological scales and late-time cosmic acceleration. We make use of the final VIPERS redshift survey dataset, which maps a portion of the Universe at a redshift of z ≃ 0.8, and the lensing data from the CFHTLenS survey over the same area of the sky. We build a consistent theoretical model that combines non-linear galaxy biasing and redshift-space distortion models, and confront it with observations. The two probes are combined in a Bayesian maximum likelihood analysis to determine the growth rate of structure at two redshifts z = 0.6 and z = 0.86. We obtain measurements of fσ8(0.6) = 0.48 ± 0.12 and fσ8(0.86) = 0.48 ± 0.10. The additional galaxy-galaxy lensing constraint alleviates galaxy bias and σ8 degeneracies, providing direct measurements of f and σ8: [f(0.6),σ8(0.6)] = [0.93 ± 0.22,0.52 ± 0.06] and [f(0.86),σ8(0.86)] = [0.99 ± 0.19,0.48 ± 0.04]. These measurements are statistically consistent with a Universe where the gravitational interactions can be described by General Relativity, although they are not yet accurate enough to rule out some commonly considered alternatives. Finally, as a complementary test we measure the gravitational slip parameter, EG, for the first time at z > 0.6. We find values of E̅G(0.6) = 0.16±0.09 and E̅G(0.86) = 0.09±0.07, when EG is averaged over scales above 3 h-1 Mpc. We find that our EG measurements exhibit slightly lower values than expected for standard relativistic gravity in a ΛCDM background, although the results are consistent within 1-2σ.

Based on observations collected at the European Southern Observatory, Cerro Paranal, Chile, using the Very Large Telescope under programmes 182.A-0886 and partly 070.A-9007. Also based on observations obtained with MegaPrime/MegaCam, a joint project of CFHT and CEA/DAPNIA, at the Canada-France-Hawaii Telescope (CFHT), which is operated by the National Research Council (NRC) of Canada, the Institut National des Sciences de l'Univers of the Centre National de la Recherche Scientifique (CNRS) of France, and the University of Hawaii. This work is based in part on data products produced at TERAPIX and the Canadian Astronomy Data Centre as part of the Canada-France-Hawaii Telescope Legacy Survey, a collaborative project of NRC and CNRS. The VIPERS web site is http://www.vipers.inaf.it/ 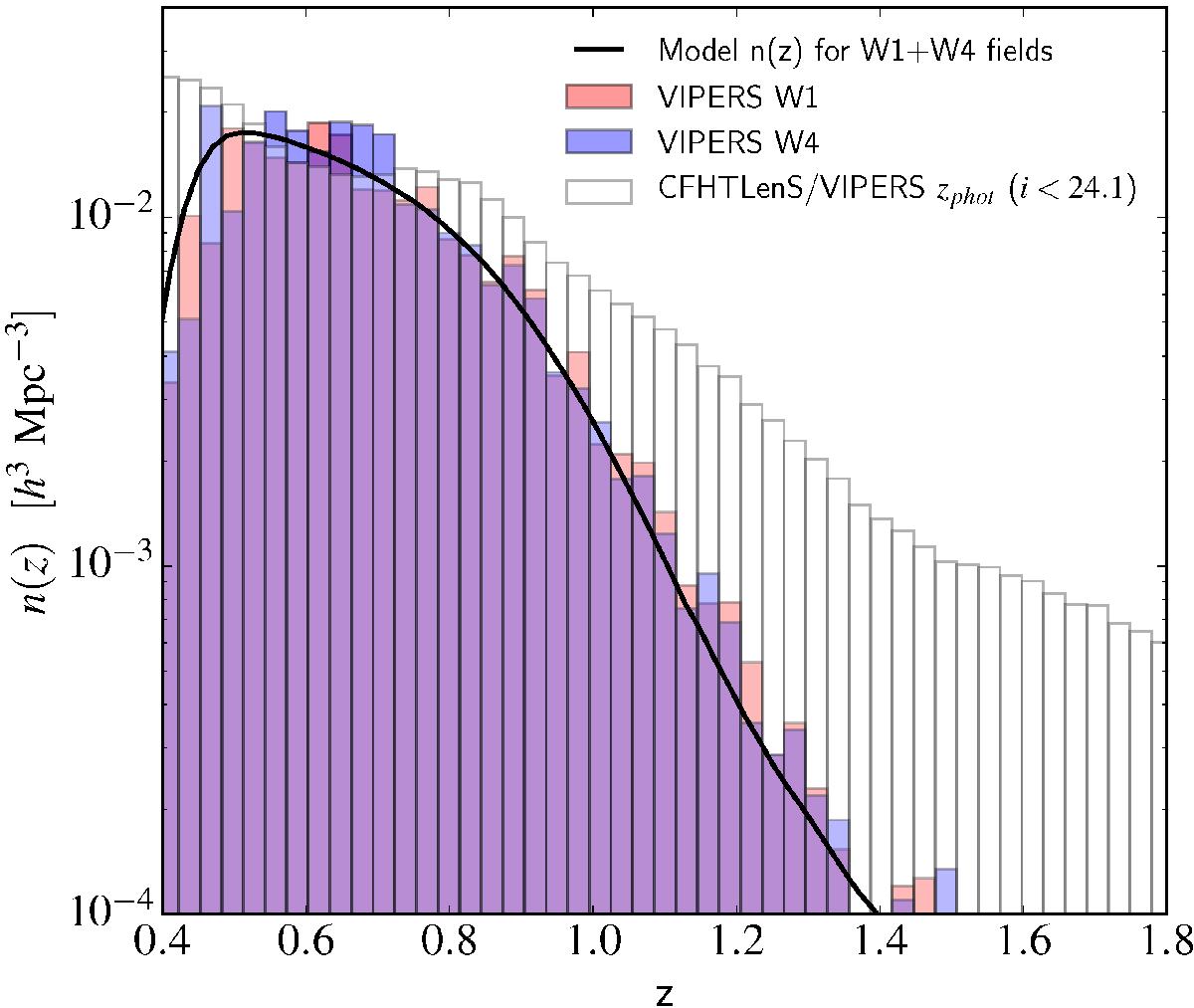