The spatially resolved star formation history of mergers. A comparative study of the LIRGs IC 1623, NGC 6090, NGC 2623, and Mice

This paper presents the spatially resolved star formation history (2D-SFH) of a small sample of four local mergers: the early-stage mergers IC 1623, NGC 6090, and the Mice, and the more advanced merger NGC 2623, by analyzing IFS data from the CALIFA survey and PMAS in LArr mode. Full spectral fitting techniques are applied to the datacubes to obtain the spatially resolved mass growth histories, the time evolution of the star formation rate intensity (ΣSFR), and the local specific star formation rate (sSFR), over three different time scales (30 Myr, 300 Myr, and 1 Gyr). The results are compared with non-interacting Sbc-Sc galaxies, to quantify if there is an enhancement of the star formation and to trace its time scale and spatial extent. Our results for the three LIRGs (IC 1623 W, NGC 6090, and NGC 2623) show that a major phase of star formation is occurring in time scales of 107 yr to few 108 yr, with global SFR enhancements of between approximately two and six with respect to main-sequence star forming (MSSF) galaxies. In the two early-stage mergers IC 1623 W and NGC 6090, which are between first pericentre passage and coalescence, the most remarkable increase of the SFR with respect to non-interacting spirals occurred in the last 30 Myr, and it is spatially extended, with enhancements of factors between two and seven both in the centres (r < 0.5 half light radius, HLR), and in the disks (r > 1 HLR). In the more advanced merger NGC 2623 an extended phase of star formation occurred on a longer time scale of ~1 Gyr, with a SFR enhancement of a factor of approximately two-to-three larger than the one in Sbc-Sc MSSF galaxies over the same period, probably relic of the first pericentre passage epoch. A SFR enhancement in the last 30 Myr is also present, but only in NGC 2623 centre, by a factor of three. In general, the spatially resolved SFHs of the LIRG-mergers are consistent with the predictions from high spatial resolution simulations. In contrast, the star formation in the Mice, specially in Mice B, is not enhanced but inhibited with respect to Sbc-Sc MSSF galaxies. The fact that the gas fraction of Mice B is smaller than in most non-interacting spirals, and that the Mice are close to a prograde orbit, represents a new challenge for the models, which must cover a larger space of parameters in terms of the availability of gas and the orbital characteristics. 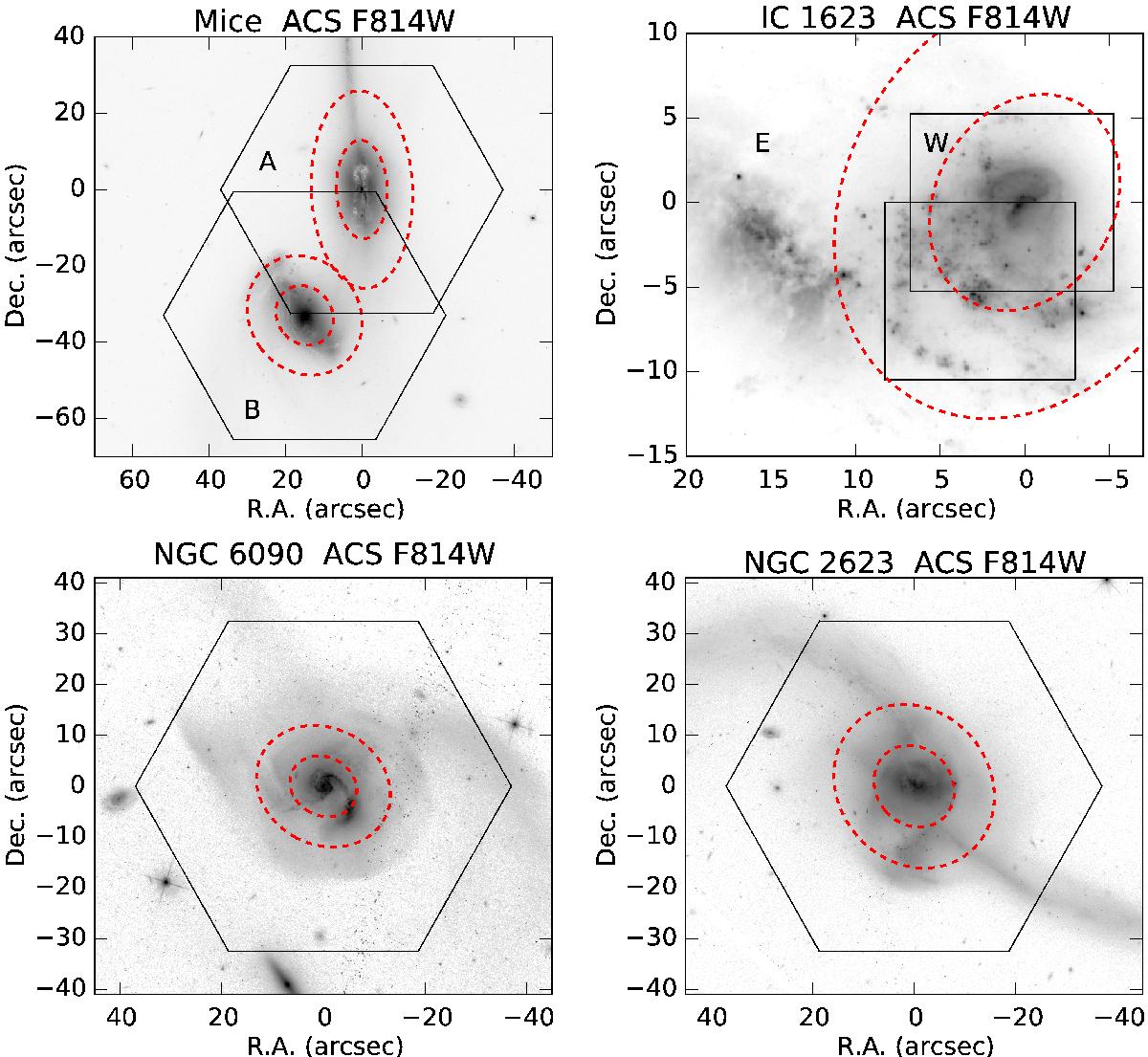