Colour variations in the GRB 120327A afterglow


Aims: We present a comprehensive temporal and spectral analysis of the long Swift GRB 120327A afterglow data to investigate possible causes of the observed early-time colour variations.
Methods: We collected data from various instruments and telescopes in X-ray, ultraviolet, optical, and near-infrared bands, and determined the shapes of the afterglow early-time light curves. We studied the overall temporal behaviour and the spectral energy distributions from early to late times.
Results: The ultraviolet, optical, and near-infrared light curves can be modelled with a single power-law component between 200 and 2 × 104 s after the burst event. The X-ray light curve shows a canonical steep-shallow-steep behaviour that is typical of long gamma-ray bursts. At early times a colour variation is observed in the ultraviolet/optical bands, while at very late times a hint of a re-brightening is visible. The observed early-time colour change can be explained as a variation in the intrinsic optical spectral index, rather than an evolution of the optical extinction. 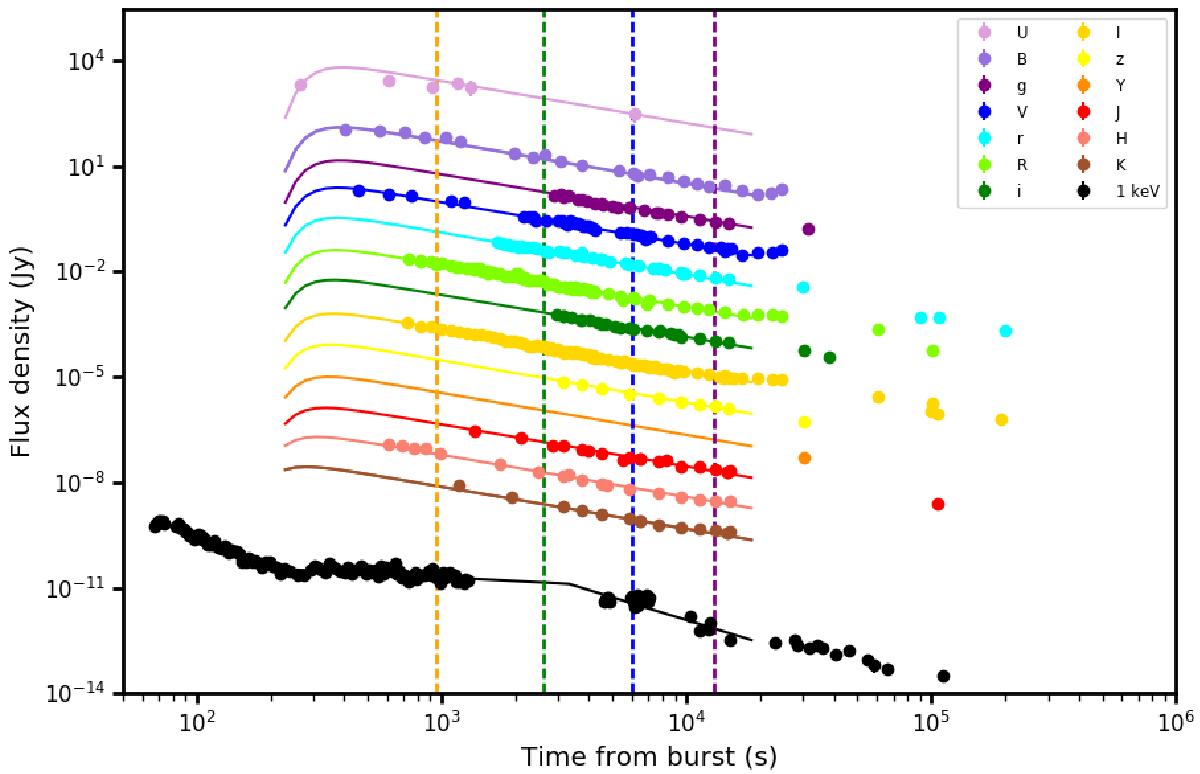