We report the discovery in space of methyl silane, CH3SiH3, from observations of ten rotational transitions between 80 and 350 GHz (Ju from 4 to 16) with the IRAM 30 m radio telescope. The molecule was observed in the envelope of the C-star IRC +10216. The observed profiles and our models for the expected emission of methyl silane suggest that the it is formed in the inner zones of the circumstellar envelope, 1-40 R∗, with an abundance of (0.5-1) × 10-8 relative to H2. We also observed several rotational transitions of silyl cyanide (SiH3CN), confirming its presence in IRC +10216 in particular, and in space in general. Our models indicate that silyl cyanide is also formed in the inner regions of the envelope, around 20 R∗, with an abundance relative to H2 of 6 × 10-10. The possible formation mechanisms of both species are discussed. We also searched for related chemical species but only upper limits could be obtained.

This work was based on observations carried out with the IRAM 30-m telescope. IRAM is supported by INSU/CNRS (France), MPG (Germany), and IGN (Spain). 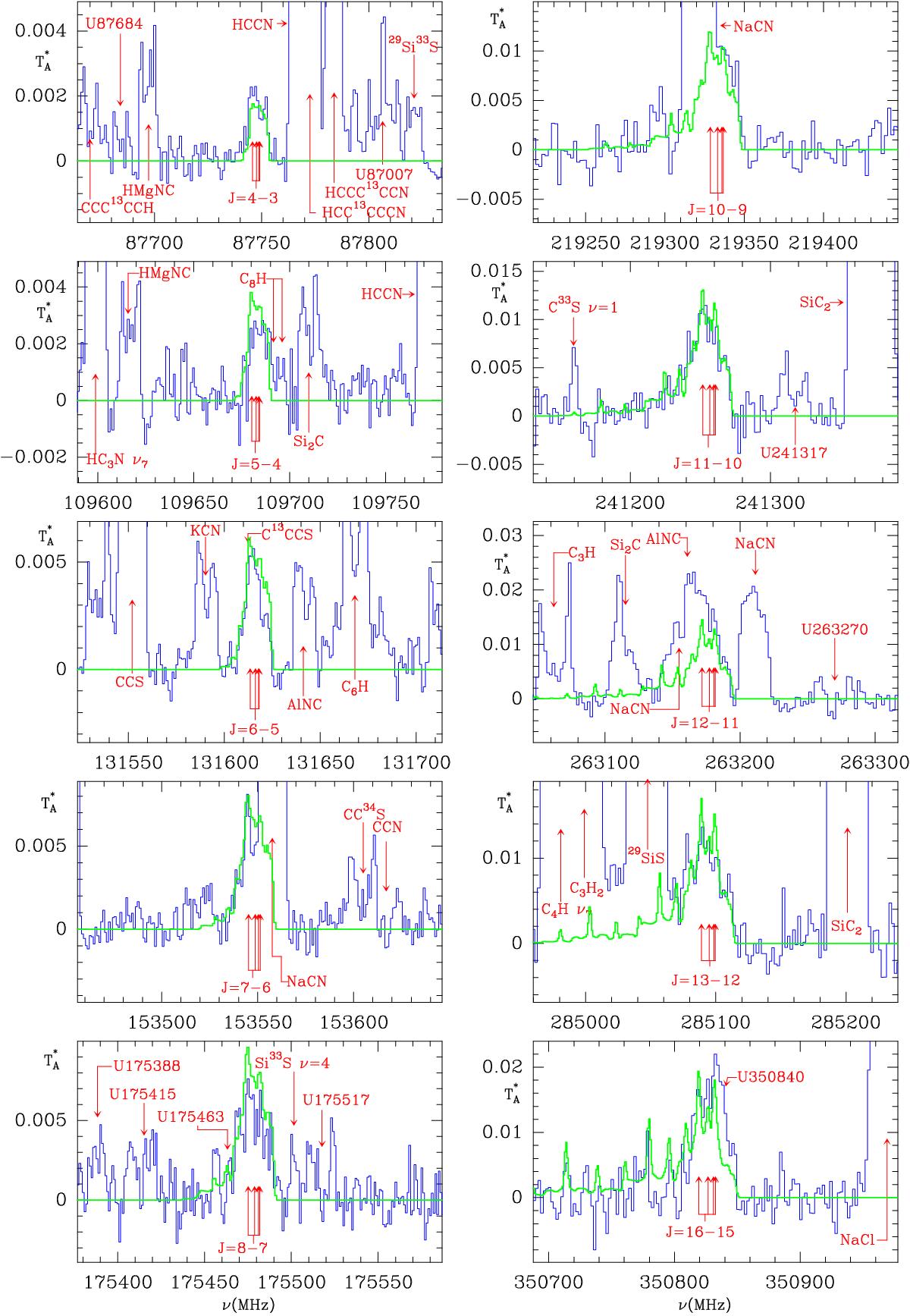