Context. A robust determination of galaxy cluster mass is crucial to use them as cosmological probes, or to study the physics governing their formation and evolution. Applying various estimators on well-defined cluster samples is a mandatory step in characterising their respective systematics.
Aims: Our main goal is to compare the results of three dynamical mass estimators to the X-ray hydrostatic values. Here we focus on massive galaxy clusters at intermediate redshifts z 0.3.
Methods: We estimated dynamical masses with the virial theorem, the Jeans equation, and the caustic method using wide-field VIMOS spectroscopy; the hydrostatic masses were obtained previously from XMM-Newton observations. We investigated the role of colour selection and the impact of substructures on the dynamical estimators.
Results: The Jeans and caustic methods give consistent results, whereas the virial theorem leads to masses 15% larger. The Jeans, caustic, and virial masses are respectively 20%, 30%, and 50% larger than the hydrostatic values. Large scatters of ≳ 50% are mainly due to the two outliers RXC J0014 and RXC J1347; excluding the latter increases the mass ratios by 10%, giving a fractional mass bias significant at ≳ 2σ. We found a correlation between the dynamical-to-hydrostatic mass ratio and two substructure indicators, suggesting a bias in the dynamical measurements. The velocity dispersions of blue galaxies are 15% ( 25% after removing the substructures) larger than that of the red-sequence galaxies; using the latter leads to dynamical masses 10 - 15% smaller. Discarding the galaxies part of substructures reduces the masses by 15%; the effect is larger for the more massive clusters, owing to a higher level of substructures. After the substructure analysis, the dynamical masses are in perfect agreement with the hydrostatic values and the scatters around the mean ratios are divided by approximately two. The mass bias is no longer significant, even after excluding RXC J1347. 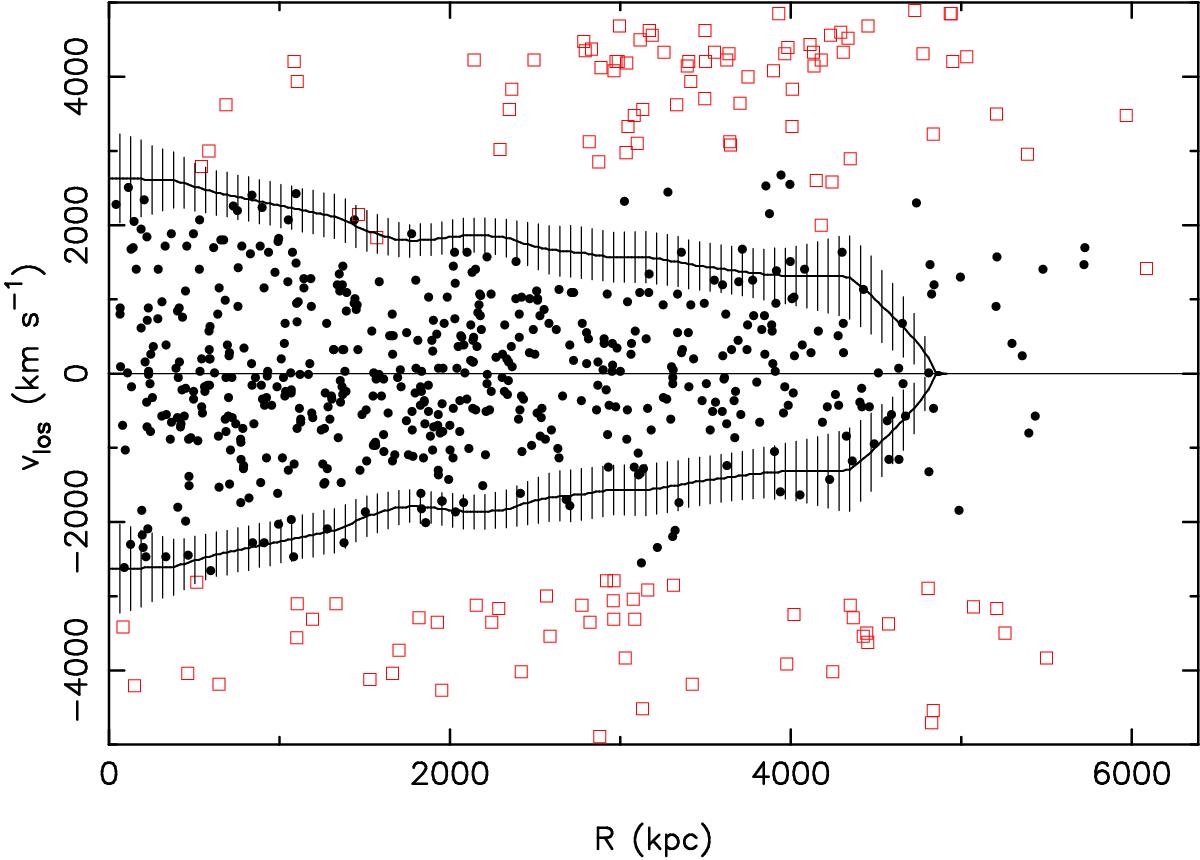