Molecular gas properties of a lensed star-forming galaxy at z 3.6: a case study

We report on the galaxy MACSJ0032-arc at zCO = 3.6314 discovered during the Herschel Lensing snapshot Survey of massive galaxy clusters, and strongly lensed by the cluster MACS J0032.1+1808. The successful detections of its rest-frame ultraviolet (UV), optical, far-infrared (FIR), millimeter, and radio continua, and of its CO emission enable us to characterize, for the first time at such a high redshift, the stellar, dust, and molecular gas properties of a compact star-forming galaxy with a size smaller than 2.5 kpc, a fairly low stellar mass of 4.8+ 0.5-1.0 × 109M⊙, and a moderate IR luminosity of 4.8+ 1.2-0.6 × 1011L⊙. By combining the stretching effect of the lens with the high angular resolution imaging of the CO(1-0) line emission and the radio continuum at 5 GHz, we find that the bulk of the molecular gas mass and star formation seems to be spatially decoupled from the rest-frame UV emission. About 90% of the total star formation rate is undetected at rest-frame UV wavelengths because of severe obscuration by dust, but is seen through the thermal FIR dust emission and the radio synchrotron radiation. The observed CO(4-3) and CO(6-5) lines demonstrate that high-J transitions, at least up to J = 6, remain excited in this galaxy, whose CO spectral line energy distribution resembles that of high-redshift submm galaxies, even though the IR luminosity of MACSJ0032-arc is ten times lower. This high CO excitation is possibly due to the compactness of the galaxy. We find evidence that this high CO excitation has to be considered in the balance when estimating the CO-to-H2 conversion factor. Indeed, the respective CO-to-H2 conversion factors as derived from the correlation with metallicity and the FIR dust continuum can only be reconciled if excitation is accounted for. The inferred depletion time of the molecular gas in MACSJ0032-arc supports the decrease in the gas depletion timescale of galaxies with redshift, although to a lesser degree than predicted by galaxy evolution models. Instead, the measured molecular gas fraction as high as 60-79% in MACSJ0032-arc favors the continued increase in the gas fraction of galaxies with redshift as expected, despite the plateau observed between z 1.5 and z 2.5.

Based on observations carried out with the IRAM Plateau de Bure Interferometer, the IRAM 30 m telescope, and the NRAO Karl G. Jansky Very Large Array. The Institut de Radioastronomie Millimétrique (IRAM) is supported by CNRS/INSU (France), the MPG (Germany), and the IGN (Spain). The National Radio Astronomy Observatory (NRAO) is a facility of the National Science Foundation operated under cooperative agreement by Associated Universities, Inc. 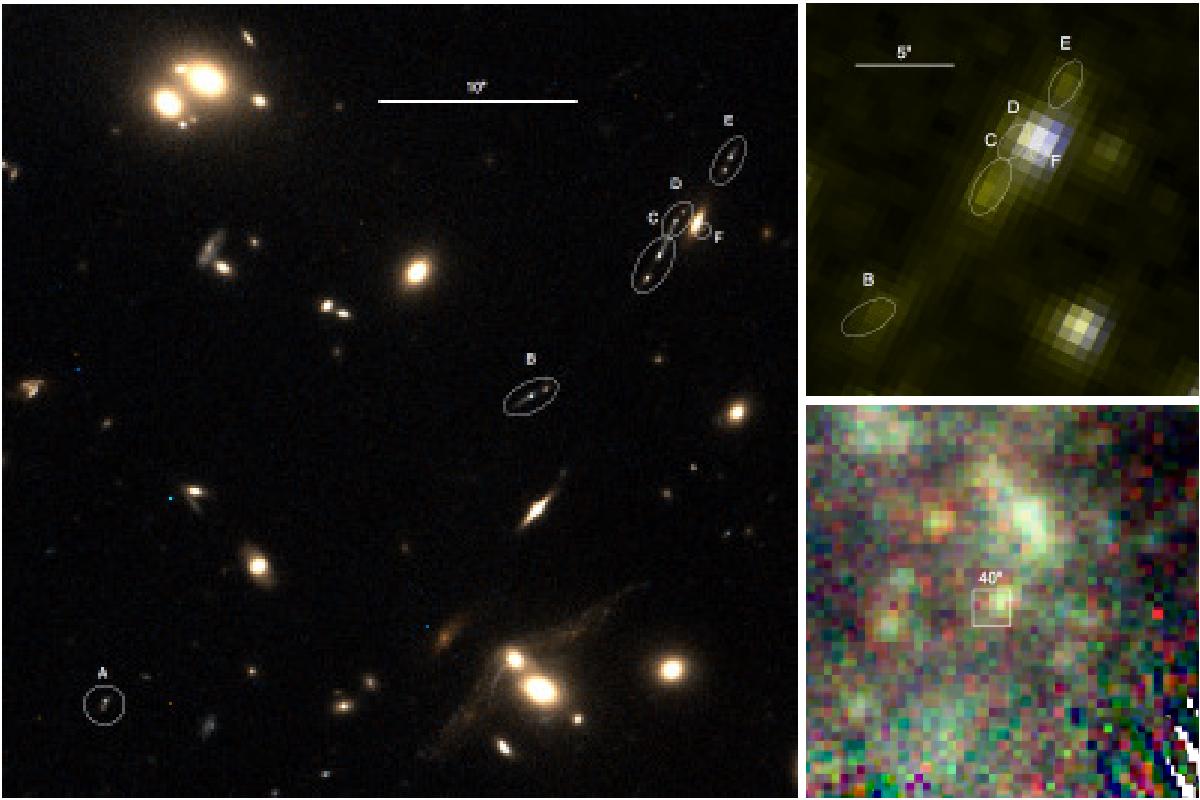