A fly-by interaction has been suggested to be one of the major explanations for enhanced star formation in blue compact dwarf (BCD) galaxies, yet no direct evidence for this scenario has been found to date. In the Hi Parkes all-sky survey (HIPASS), ESO 435-IG 020 and ESO 435-G 016, a BCD pair were found in a common, extended gas envelope of atomic hydrogen, providing an ideal case to test the hypothesis that the starburst in BCDs can be indeed triggered by a fly-by interaction. Using high-resolution data from the Australia Telescope Compact Array (ATCA), we investigated Hi properties and the spectral energy distribution (SED) of the BCD pair to study their interaction and star formation histories. The high-resolution Hi data of both BCDs reveal a number of peculiarities, which are suggestive of tidal perturbation. Meanwhile, 40% of the HIPASS flux is not accounted for in the ATCA observations with no Hi gas bridge found between the two BCDs. Intriguingly, in the residual of the HIPASS and the ATCA data, 10% of the missing flux appears to be located between the two BCDs. While the SED-based age of the most dominant young stellar population is old enough to have originated from the interaction with any neighbors (including the other of the two BCDs), the most recent star formation activity traced by strong Hα emission in ESO 435-IG 020 and the shear motion of gas in ESO 435-G 016, suggest a more recent or current tidal interaction. Based on these and the residual emission between the HIPASS and the ATCA data, we propose an interaction between the two BCDs as the origin of their recently enhanced star formation activity. The shear motion on the gas disk, potentially with re-accretion of the stripped gas, could be responsible for the active star formation in this BCD pair. 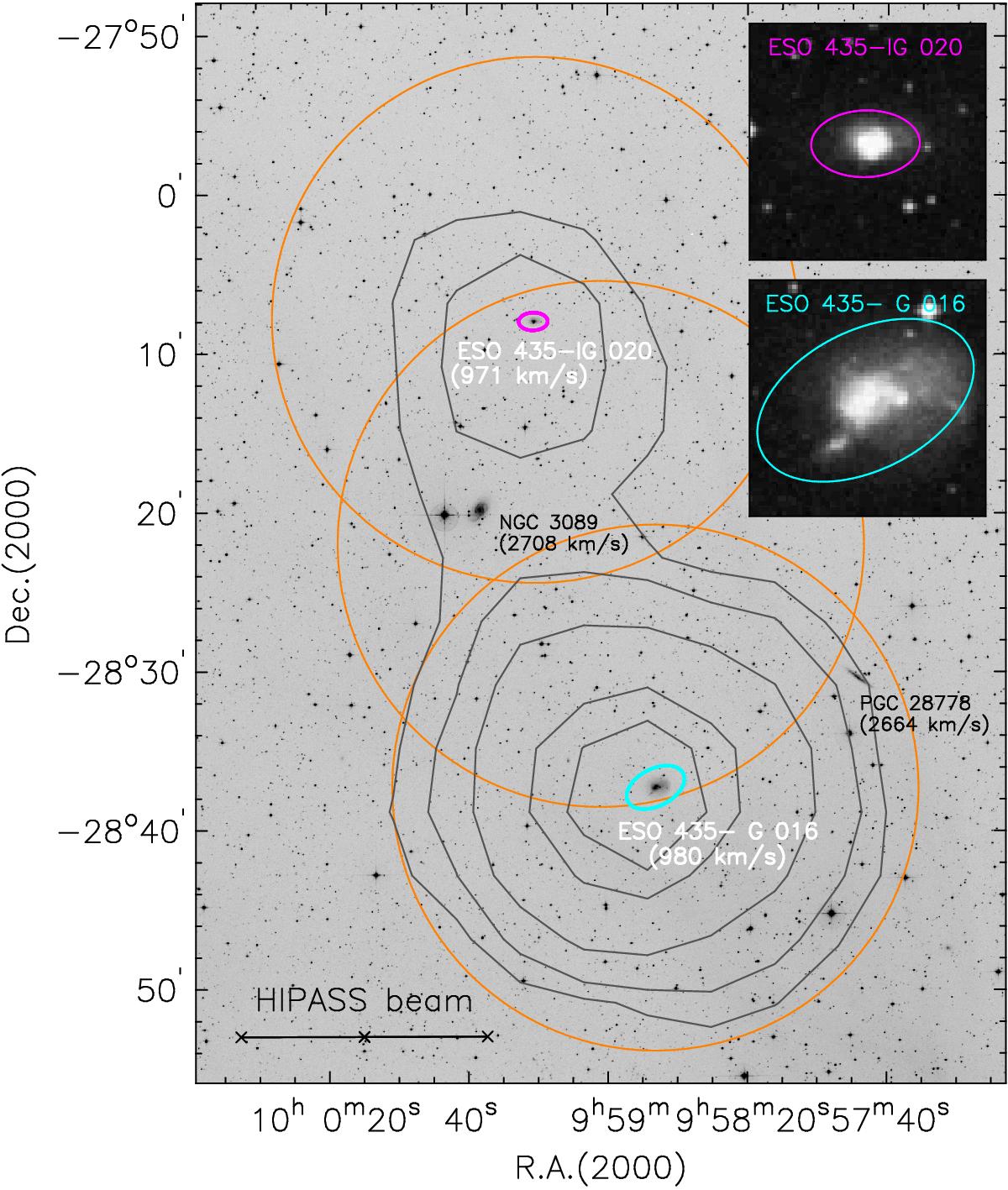