Context. The transition disk around the T Tauri star T Cha possesses a large gap, making it a prime target for high-resolution imaging in the context of planet formation.
Aims: We aim to find signs of disk evolutionary processes by studying the disk geometry and the dust grain properties at its surface, and to search for companion candidates.
Methods: We analyze a set of VLT/SPHERE data at near-infrared and optical wavelengths. We performed polarimetric imaging of T Cha with IRDIS (1.6 μm) and ZIMPOL (0.5-0.9 μm), and obtained intensity images from IRDIS dual-band imaging with simultaneous spectro-imaging with IFS (0.9-1.3 μm).
Results: The disk around T Cha is detected in all observing modes and its outer disk is resolved in scattered light with unprecedented angular resolution and signal-to-noise. The images reveal a highly inclined disk with a noticeable east-west brightness asymmetry. The significant amount of non-azimuthal polarization signal in the Uφ images, with a Uφ/Qφ peak-to-peak value of 14%, is in accordance with theoretical studies on multiple scattering in an inclined disk. Our optimal axisymmetric radiative transfer model considers two coplanar inner and outer disks, separated by a gap of 0.̋28 ( 30 au) in size, which is larger than previously thought. We derive a disk inclination of 69 deg and PA of 114 deg. In order to self-consistently reproduce the intensity and polarimetric images, the dust grains, responsible for the scattered light, need to be dominated by sizes of around ten microns. A point source is detected at an angular distance of 3.5'' from the central star. It is, however, found not to be co-moving.
Conclusions: We confirm that the dominant source of emission is forward scattered light from the near edge of the outer disk. Our point source analysis rules out the presence of a companion with mass larger than 8.5 Mjup between 0.̋1 and 0.̋3. The detection limit decreases to 2 Mjup for 0.̋3 to 4.0''. 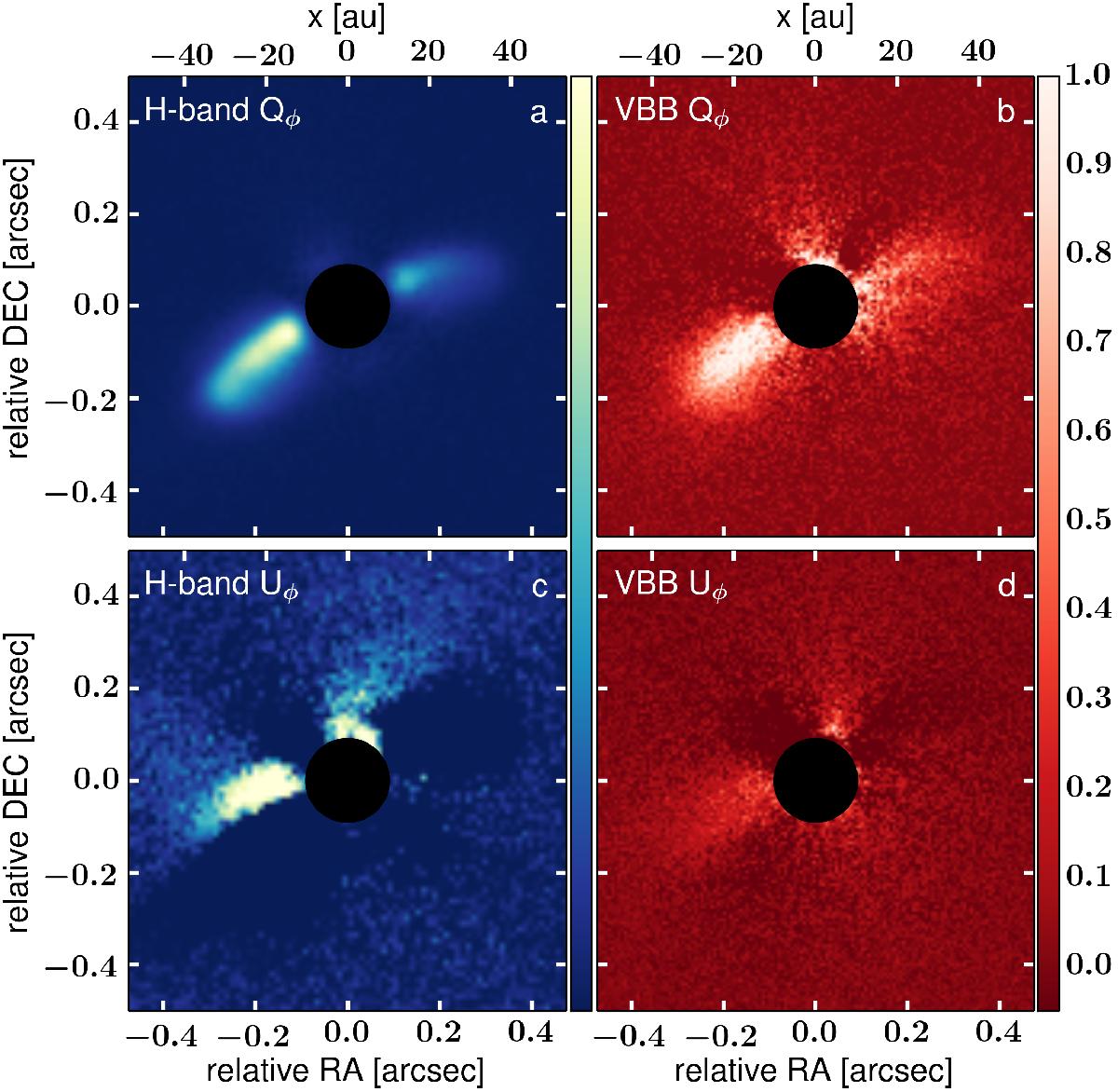