The VIMOS Public Extragalactic Redshift Survey (VIPERS). Downsizing of the blue cloud and the influence of galaxy size on mass quenching over the last eight billion years

We use the full VIPERS redshift survey in combination with SDSS-DR7 to explore the relationships between star-formation history (using d4000), stellar mass and galaxy structure, and how these relationships have evolved since z 1. We trace the extents and evolutions of both the blue cloud and red sequence by fitting double Gaussians to the d4000 distribution of galaxies in narrow stellar mass bins, for four redshift intervals over 0 <z< 1. This reveals downsizing in star formation, since the high-mass limit of the blue cloud has retreated steadily with time from ℳ 1011.2 M⊙at z 0.9 to ℳ 1010.7 M⊙by the present day. The number density of massive blue-cloud galaxies (ℳ > 1011M⊙, d4000 < 1.55) drops sharply by a factor five between z 0.8 and z 0.5. These galaxies are becoming quiescent at a rate that largely matches the increase in the numbers of massive passive galaxies seen over this period. We examine the size-mass relation of blue-cloud galaxies, finding that its high-mass boundary runs along lines of constant ℳ /reor equivalently inferred velocity dispersion. Larger galaxies can continue to form stars to higher stellar masses than smaller galaxies. As blue-cloud galaxies approach this high-mass limit, entering a narrow diagonal region within the size-mass plane termed the "quenching zone", they start to be quenched, their d4000 values increasing to push them towards the green valley. In parallel, their structures change, showing higher Sérsic indices and central stellar mass densities. For these galaxies, bulge growth is required for them to reach the high-mass limit of the blue cloud and be quenched by internal mechanisms. The blue-cloud galaxies that are being quenched at z 0.8 lie along the same size-mass relation as present day quiescent galaxies and seem the likely progenitors of today's S0s. 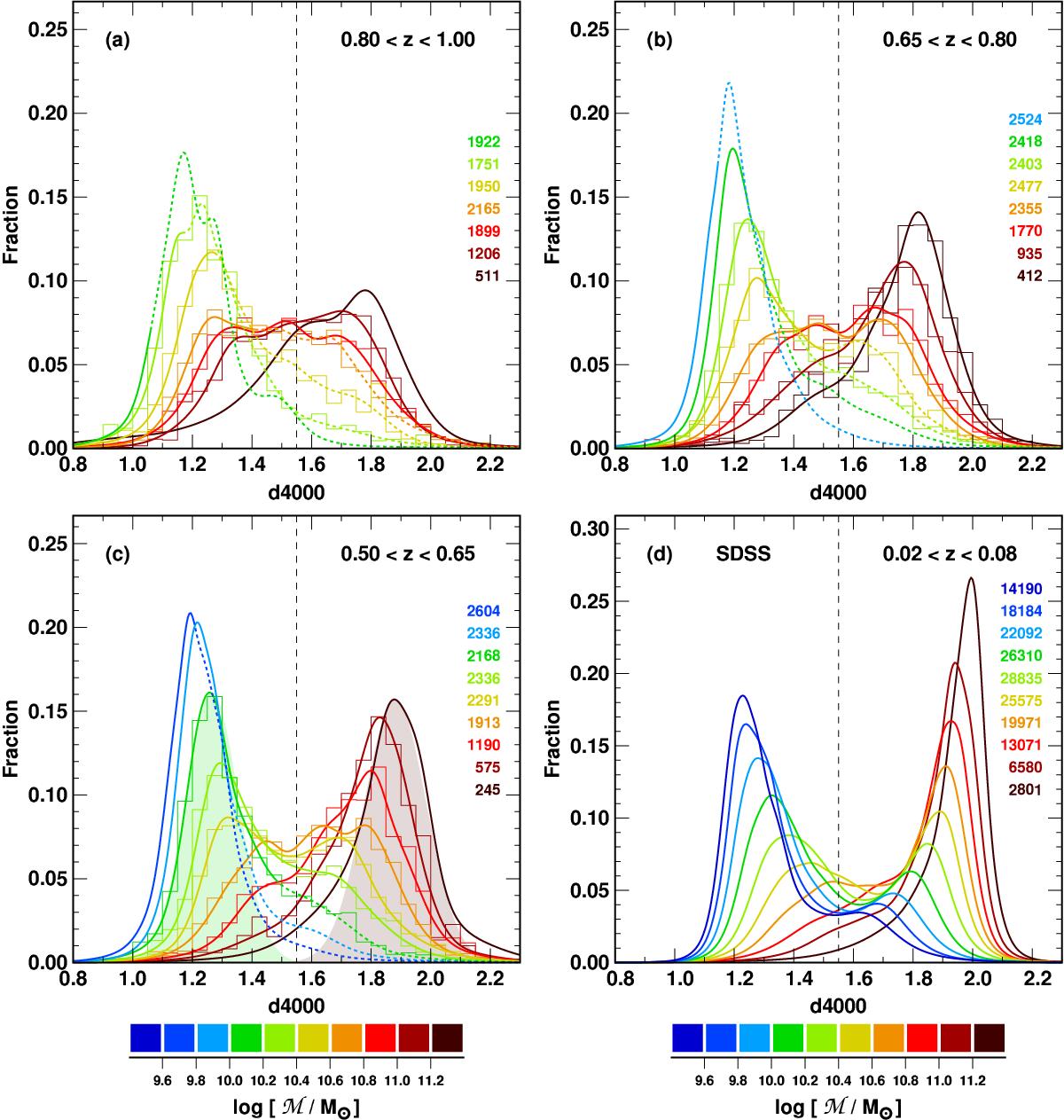