Probing the innermost regions of AGN jets and their magnetic fields with RadioAstron. II. Observations of 3C 273 at minimum activity

Context. RadioAstron is a 10 m orbiting radio telescope mounted on the Spektr-R satellite, launched in 2011, performing Space Very Long Baseline Interferometry (SVLBI) observations supported by a global ground array of radio telescopes. With an apogee of 350 000 km, it is offering for the first time the possibility to perform μas-resolution imaging in the cm-band.
Aims: The RadioAstron active galactic nuclei (AGN) polarization Key Science Project (KSP) aims at exploiting the unprecedented angular resolution provided by RadioAstron to study jet launching/collimation and magnetic-field configuration in AGN jets. The targets of our KSP are some of the most powerful blazars in the sky.
Methods: We present observations at 22 GHz of 3C 273, performed in 2014, designed to reach a maximum baseline of approximately nine Earth diameters. Reaching an angular resolution of 0.3 mas, we study a particularly low-activity state of the source, and estimate the nuclear region brightness temperature, comparing with the extreme one detected one year before during the RadioAstron early science period. We also make use of the VLBA-BU-BLAZAR survey data, at 43 GHz, to study the kinematics of the jet in a 1.5-yr time window.
Results: We find that the nuclear brightness temperature is two orders of magnitude lower than the exceptionally high value detected in 2013 with RadioAstron at the same frequency (1.4 × 1013 K, source-frame), and even one order of magnitude lower than the equipartition value. The kinematics analysis at 43 GHz shows that a new component was ejected 2 months after the 2013 epoch, visible also in our 22 GHz map presented here. Consequently this was located upstream of the core during the brightness temperature peak. Fermi-LAT observations for the period 2010-2014 do not show any γ-ray flare in conjunction with the passage of the new component by the core at 43 GHz.
Conclusions: These observations confirm that the previously detected extreme brightness temperature in 3C 273, exceeding the inverse Compton limit, is a short-lived phenomenon caused by a temporary departure from equipartition. Thus, the availability of interferometric baselines capable of providing μas angular resolution does not systematically imply measured brightness temperatures over the known physical limits for astrophysical sources. 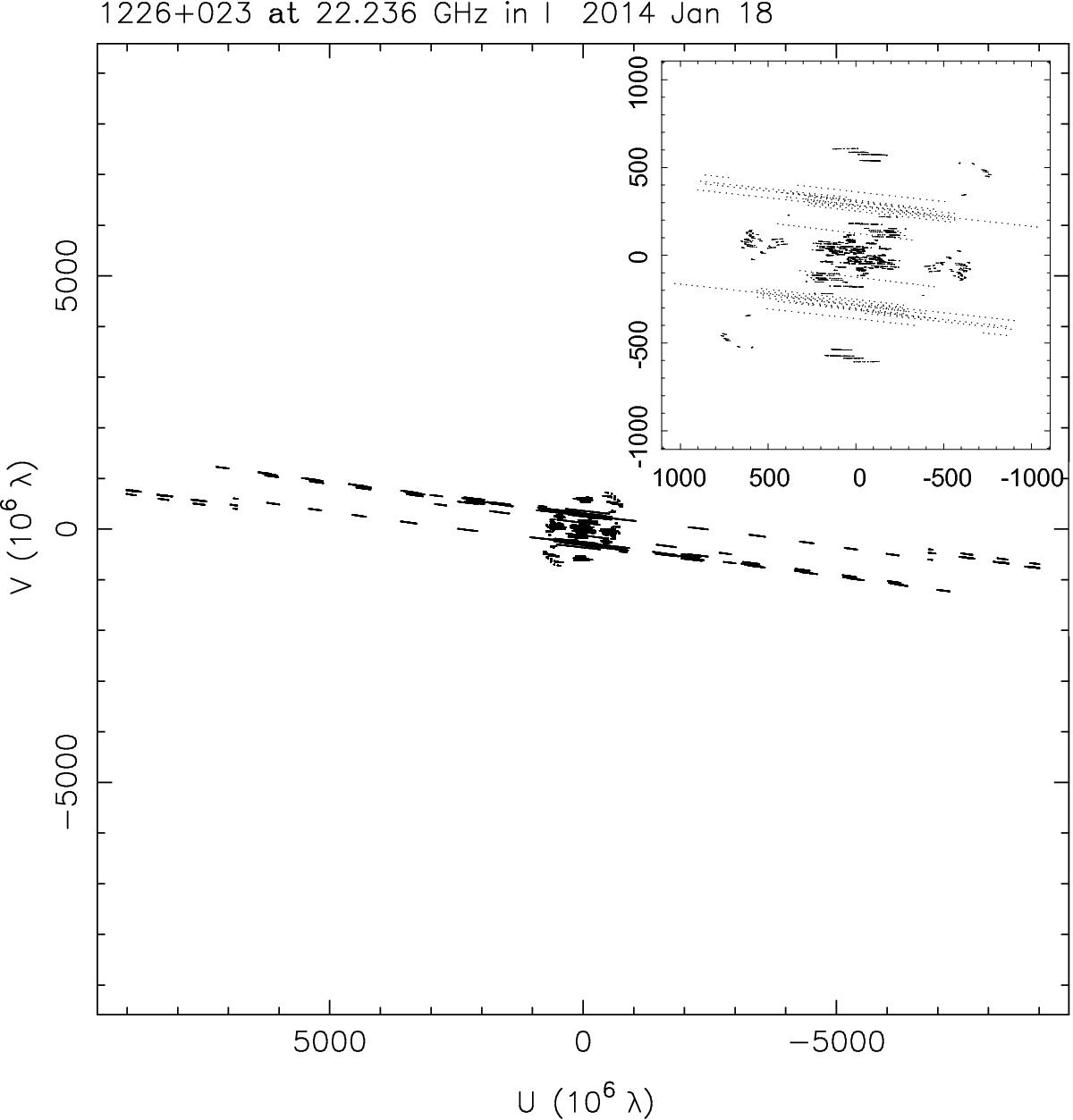