Mass loss processes are a key uncertainty in the evolution of massive stars. They determine the amount of mass and angular momentum retained by the star, thus influencing its evolution and presupernova structure. Because of the high complexity of the physical processes driving mass loss, stellar evolution calculations must employ parametric algorithms, and usually only include wind mass loss. We carried out an extensive parameter study of wind mass loss and its effects on massive star evolution using the open-source stellar evolution code MESA. We provide a systematic comparison of wind mass loss algorithms for solar-metallicity, nonrotating, single stars in the initial mass range of 15 M⊙ to 35 M⊙. We consider combinations drawn from two hot phase (I.e., roughly the main sequence) algorithms, three cool phase (I.e., post-main-sequence) algorithms, and two Wolf-Rayet mass loss algorithms. We discuss separately the effects of mass loss in each of these phases. In addition, we consider linear wind efficiency scale factors of 1, 0.33, and 0.1 to account for suggested reductions in mass loss rates due to wind inhomogeneities. We find that the initial to final mass mapping for each zero-age main-sequence (ZAMS) mass has a 50% uncertainty if all algorithm combinations and wind efficiencies are considered. The ad-hoc efficiency scale factor dominates this uncertainty. While the final total mass and internal structure of our models vary tremendously with mass loss treatment, final luminosity and effective temperature are much less sensitive for stars with ZAMS mass ≲ 30 M⊙. This indicates that uncertainty in wind mass loss does not negatively affect estimates of the ZAMS mass of most single-star supernova progenitors from pre-explosion observations. Our results furthermore show that the internal structure of presupernova stars is sensitive to variations in both main sequence and post main-sequence mass loss. The compactness parameter ξ ∝ ℳ /R(ℳ) has been identified as a proxy for the "explodability" of a given presupernova model. We find that ξ varies by as much as 30% for models of the same ZAMS mass evolved with different wind efficiencies and mass loss algorithm combinations. This suggests that the details of the mass loss treatment might bias the outcome of detailed core-collapse supernova calculations and the predictions for neutron star and black hole formation. 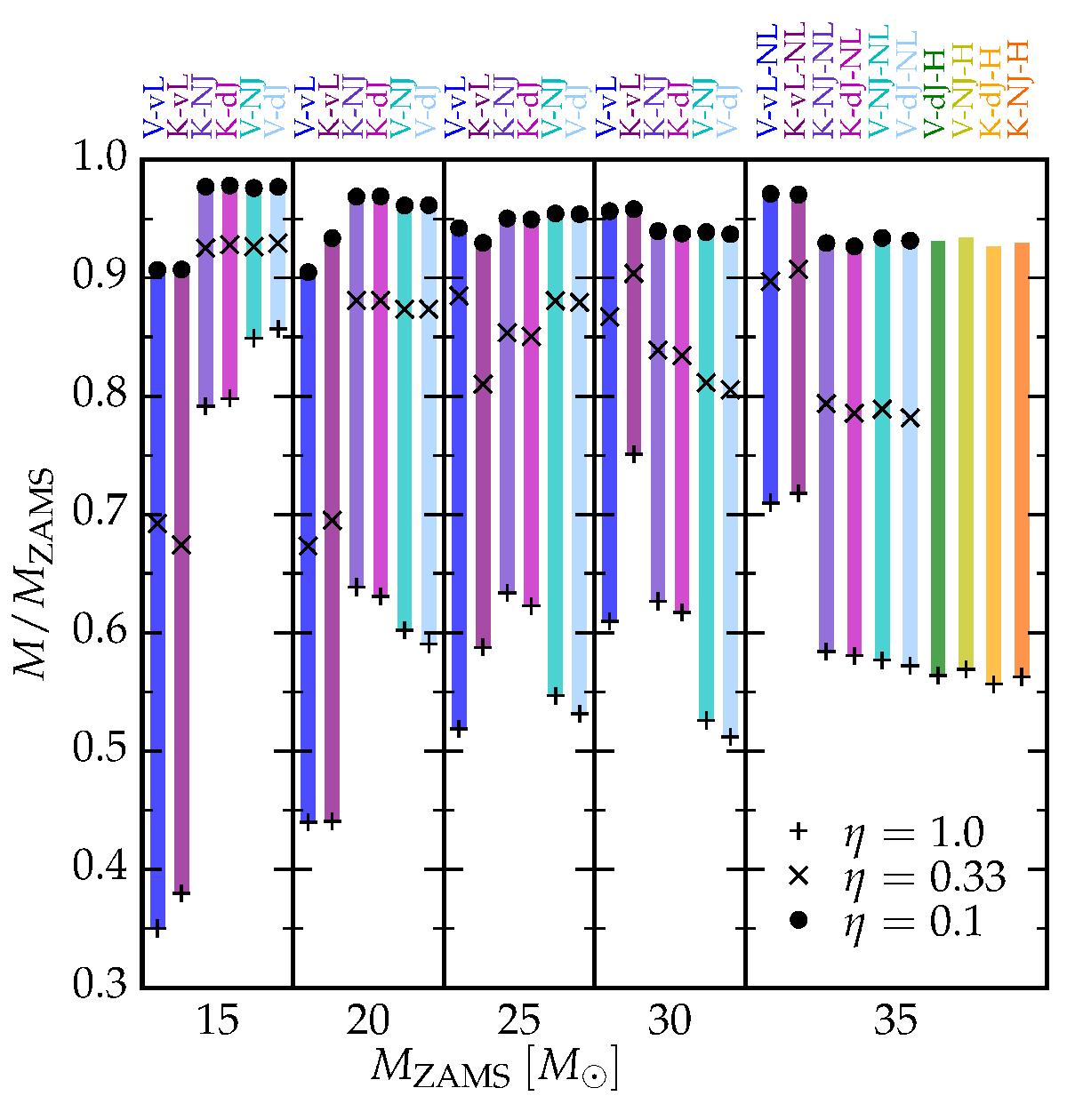