Context. In this work we present data from observations with the MAGIC telescopes of SN 2014J detected on January 21 2014, the closest Type Ia supernova since Imaging Air Cherenkov Telescopes started to operate.
Aims: We aim to probe the possibility of very-high-energy (VHE; E ≥ 100 GeV) gamma rays produced in the early stages of Type Ia supernova explosions.
Methods: We performed follow-up observations after this supernova (SN) explosion for five days, between January 27 and February 2 2014. We searched for gamma-ray signals in the energy range between 100 GeV and several TeV from the location of SN 2014J using data from a total of 5.5 h of observations. Prospects for observing gamma rays of hadronic origin from SN 2014J in the near future are also being addressed.
Results: No significant excess was detected from the direction of SN 2014J. Upper limits at 95% confidence level on the integral flux, assuming a power-law spectrum, dF/dE ∝ E- Γ, with a spectral index of Γ = 2.6, for energies higher than 300 GeV and 700 GeV, are established at 1.3 × 10-12 and 4.1 × 10-13 photons cm-2 s-1, respectively.
Conclusions: For the first time, upper limits on the VHE emission of a Type Ia supernova are established. The energy fraction isotropically emitted into TeV gamma rays during the first 10 days after the supernova explosion for energies greater than 300 GeV is limited to 10-6 of the total available energy budget ( 1051 erg). Within the assumed theoretical scenario, the MAGIC upper limits on the VHE emission suggest that SN 2014J will not be detectable in the future by any current or planned generation of Imaging Atmospheric Cherenkov Telescopes. 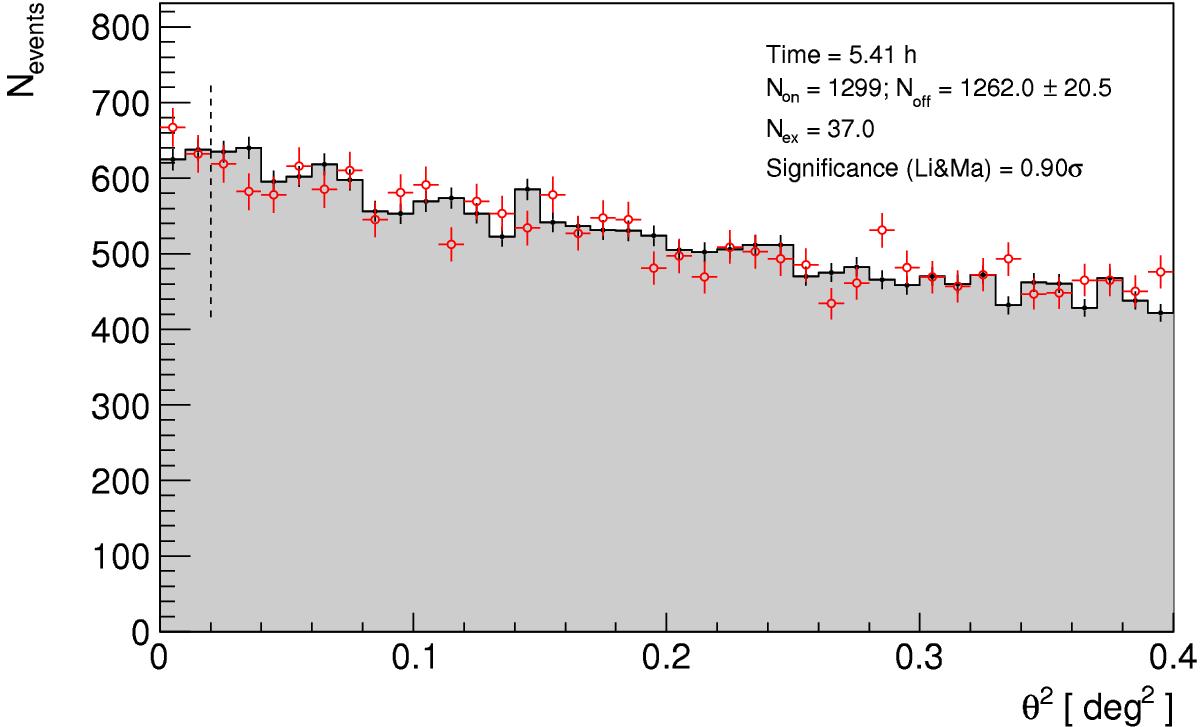