We present radial velocity follow-up observations of , a compact planetary system hosting three planets, of which the two larger ones, and , are close to the 3:2 mean motion resonance. An analysis considering only the radial velocity measurements detects K2-19b, the larger and more massive planet in the system, with a mass of 54.8 ± 7.5M⊕ and provides a marginal detection of K2-19c, with a mass of Mc = 5.9+7.6-4.3M⊕. We also used the TRADES code to simultaneously model both our RV measurements and the existing transit timing measurements. We derived a mass of 54.4 ± 8.9M⊕ for K2-19b and of 7.5+3.0-1.4M⊕ for K2-19c. For K2-19b, these masses are consistent with a previous determination that was principally based on a photodynamical analysis of the K2-19 light curve. Differences remain mainly in the mass determination of the more lightweight planet, driven likely by the limited precision of the RV measurements and possibly some as yet unrecognized systematics. 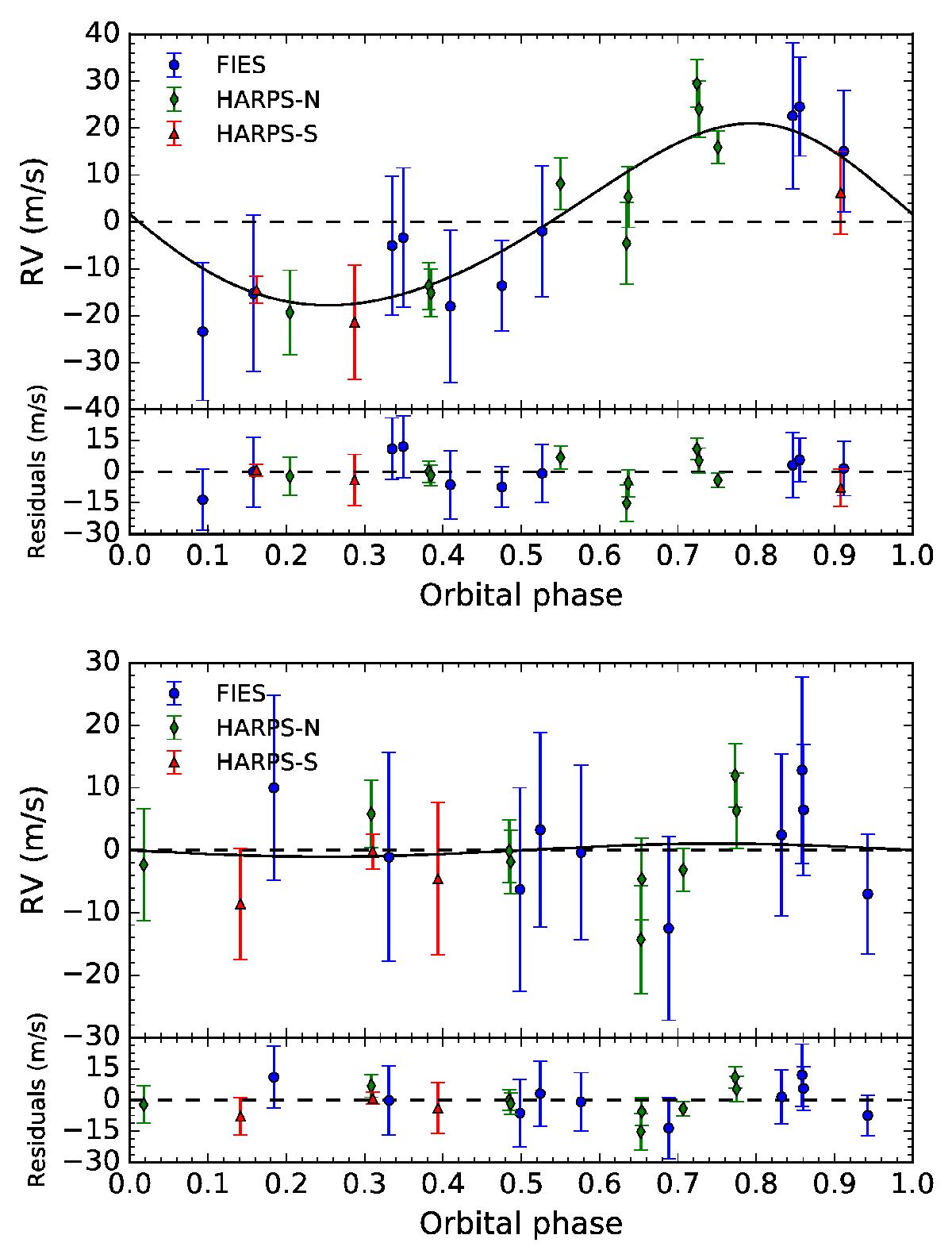