Deep imaging of the diffuse light that is emitted by stellar fine structures and outer halos around galaxies is often now used to probe their past mass assembly. Because the extended halos survive longer than the relatively fragile tidal features, they trace more ancient mergers. We use images that reach surface brightness limits as low as 28.5-29 mag arcsec-2 (g-band) to obtain light and color profiles up to 5-10 effective radii of a sample of nearby early-type galaxies. These were acquired with MegaCam as part of the CFHT MATLAS large programme. These profiles may be compared to those produced using simulations of galaxy formation and evolution, once corrected for instrumental effects. Indeed they can be heavily contaminated by the scattered light caused by internal reflections within the instrument. In particular, the nucleus of galaxies generates artificial flux in the outer halo, which has to be precisely subtracted. We present a deconvolution technique to remove the artificial halos that makes use of very large kernels. The technique, which is based on PyOperators, is more time efficient than the model-convolution methods that are also used for that purpose. This is especially the case for galaxies with complex structures that are hard to model. Having a good knowledge of the point spread function (PSF), including its outer wings, is critical for the method. A database of MegaCam PSF models corresponding to different seeing conditions and bands was generated directly from the deep images. We show that the difference in the PSFs in different bands causes artificial changes in the color profiles, in particular a reddening of the outskirts of galaxies having a bright nucleus. The method is validated with a set of simulated images and applied to three representative test cases: NGC 3599, NGC 3489, and NGC 4274, which exhibits a prominent ghost halo for two of them. This method successfully removes this. 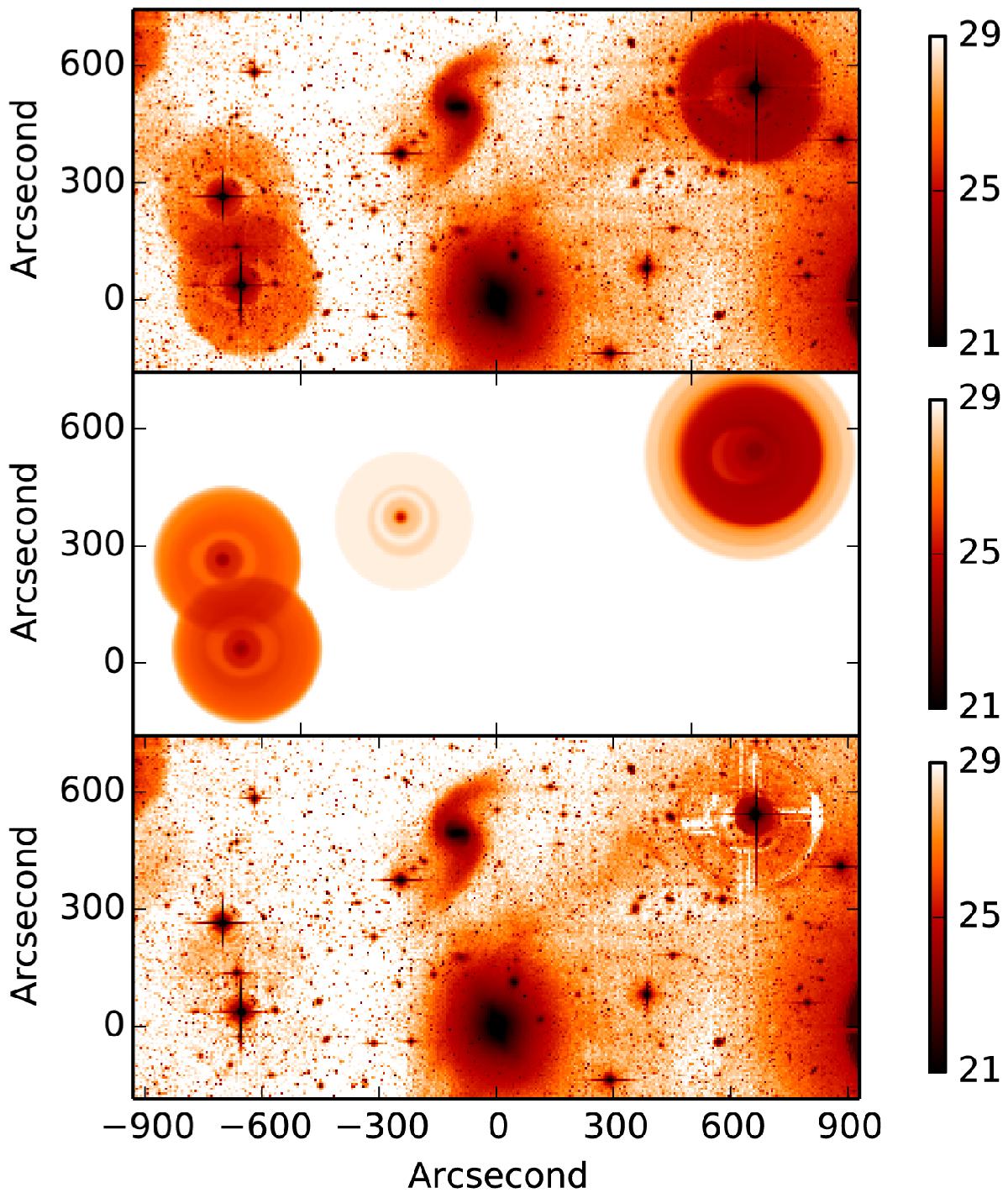