Cosmic rays, gas and dust in nearby anticentre clouds. I. CO-to-H2 conversion factors and dust opacities


Aims: We aim to explore the capabilities of dust emission and γ rays for probing the properties of the interstellar medium in the nearby anti-centre region, using γ-ray observations with the Fermi Large Area Telescope (LAT), and the thermal dust optical depth inferred from Planck and IRAS observations. We also aim to study massive star-forming clouds including the well known Taurus, Auriga, Perseus, and California molecular clouds, as well as a more diffuse structure which we refer to as Cetus. In particular, we aim at quantifying potential variations in cosmic-ray density and dust properties per gas nucleon across the different gas phases and different clouds, and at measuring the CO-to-H2 conversion factor, XCO, in different environments.
Methods: We have separated six nearby anti-centre clouds that are coherent in velocities and distances, from the Galactic-disc background in H I 21-cm and 12CO 2.6-mm line emission. We have jointly modelled the γ-ray intensity recorded between 0.4 and 100 GeV, and the dust optical depth τ353 at 353 GHz as a combination of H I-bright, CO-bright, and ionised gas components. The complementary information from dust emission and γ rays was used to reveal the gas not seen, or poorly traced, by H I, free-free, and 12CO emissions, namely (I) the opaque H iand diffuse H2 present in the Dark Neutral Medium at the atomic-molecular transition, and (II) the dense H2 to be added where 12CO lines saturate.
Results: The measured interstellar γ-ray spectra support a uniform penetration of the cosmic rays with energies above a few GeV through the clouds, from the atomic envelopes to the 12CO-bright cores, and with a small ± 9% cloud-to-cloud dispersion in particle flux. We detect the ionised gas from the H iiregion NGC 1499 in the dust and γ-ray emissions and measure its mean electron density and temperature. We find a gradual increase in grain opacity as the gas (atomic or molecular) becomes more dense. The increase reaches a factor of four to six in the cold molecular regions that are well shielded from stellar radiation. Consequently, the XCO factor derived from dust is systematically larger by 30% to 130% than the γ-ray estimate. We also evaluate the average γ-ray XCO factor for each cloud, and find that XCO tends to decrease from diffuse to more compact molecular clouds, as expected from theory. We find XCO factors in the anti-centre clouds close to or below 1020 cm-2 K-1 km-1 s, in agreement with other estimates in the solar neighbourhood. Together, they confirm the long-standing unexplained discrepancy, by a factor of two, between the mean XCO values measured at parsec scales in nearby clouds and those obtained at kiloparsec scale in the Galaxy. Our results also highlight large quantitative discrepancies in 12CO intensities between simulations and observations at low molecular gas densities. 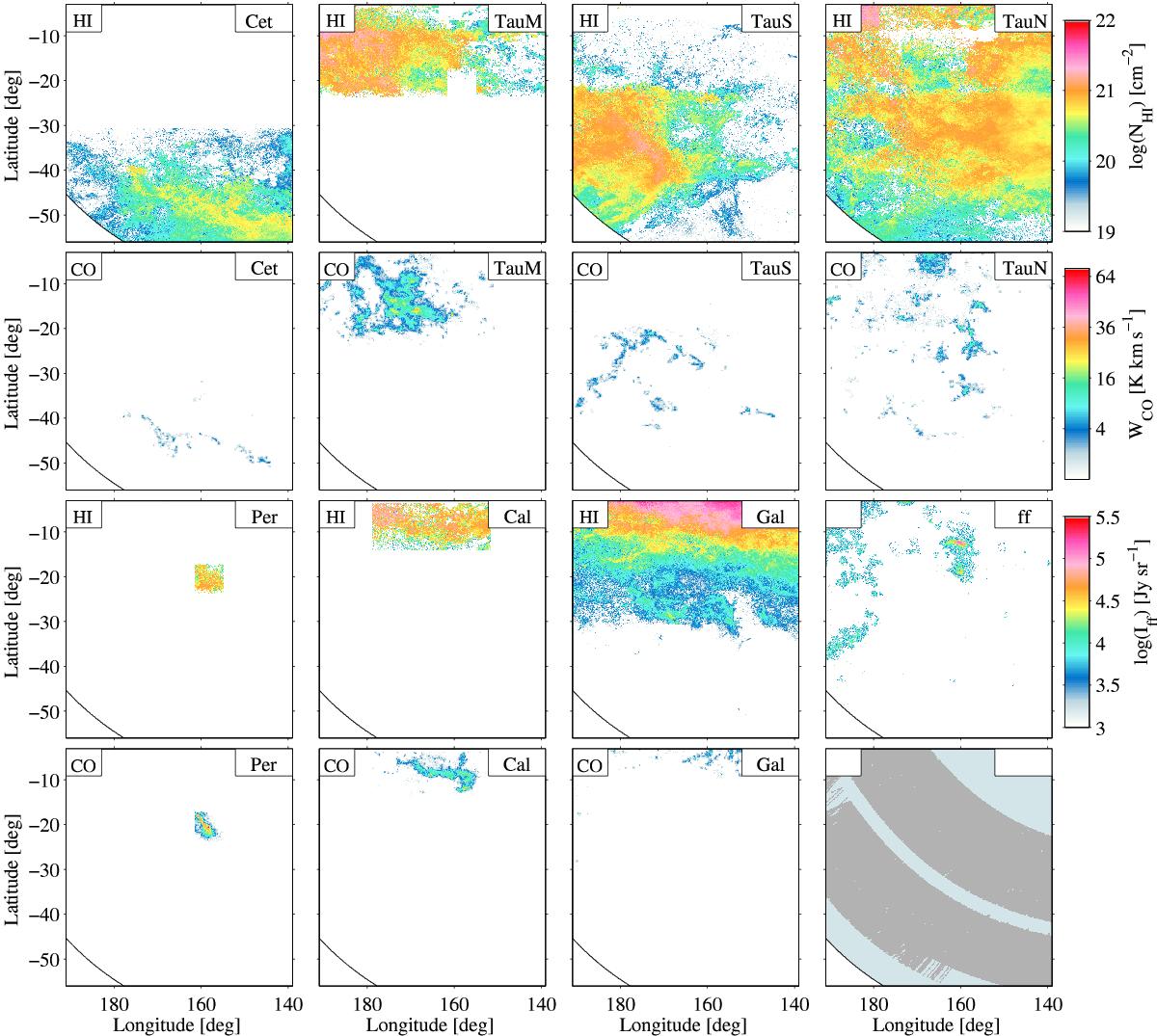