Submillimeter spectra of 2-hydroxyacetonitrile (glycolonitrile; HOCH2CN) and its searches in GBT PRIMOS observations of Sgr B2(N)

Context. Recent experimental works have studied the possible formation of hydroxyacetonitrile on astrophysical grains. It was formed from hydrogen cyanide (HCN) and formaldehyde (H2CO) in the presence of water under interstellar medium conditions. Because these precursor molecules are abundant, hydroxyacetonitrile is an excellent target for interstellar detection.
Aims: Previous studies of the rotational spectra were limited to 40 GHz, resulting in an inaccurate line list when predicted up to the millimeter-wave range. We measured and analyzed its spectra up to 600 GHz to enable is searches using cutting-edge millimeter and submillimeter observatories.
Methods: The molecule 2-hydroxyacetonitrile exhibits large amplitude motion that is due to the torsion of the hydroxyl group. The analysis of the spectra was made using the RAS formalism available in the SPFIT program with Watson's S-reduction Hamiltonians.
Results: The submillimeter spectra of hydroxyacetonitrile, an astrophysically interesting molecule, were analyzed. More than 5000 lines were fitted with quantum number values reaching 75 and 25 for J and Ka, respectively. An accurate line list and partition function were provided. A search for hydroxyacetonitrile in publicly available GBT PRIMOS project, IRAM 30 m, and Herschel HEXOS observations of the Sgr B2(N) high-mass star-forming region resulted in a non-detection; upper limits to the column density were determined. 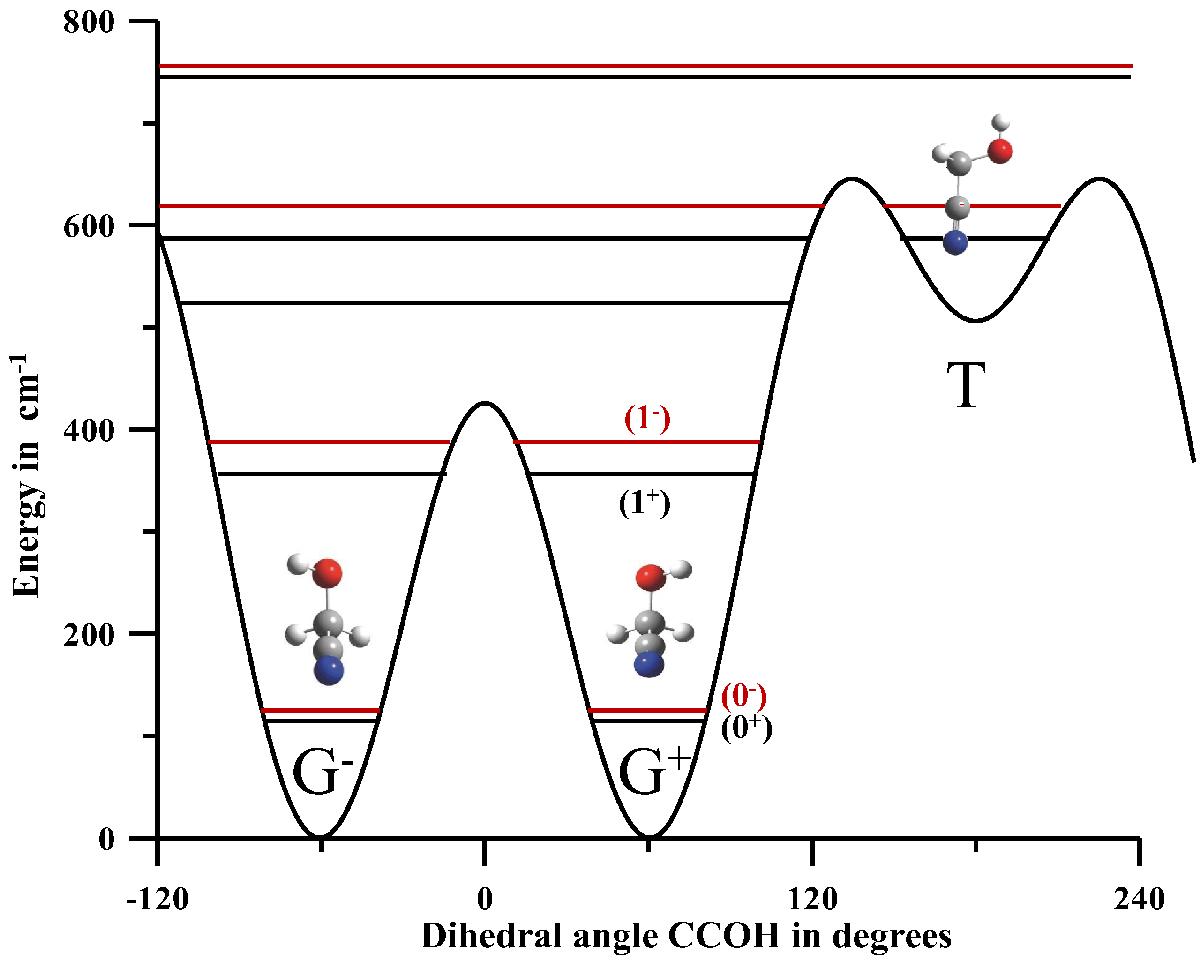