A refined mass distribution of the cluster MACS J0416.1-2403 from a new large set of spectroscopic multiply lensed sources

We report the spectroscopic confirmation of 22 new multiply lensed sources behind the Hubble Frontier Field (HFF) galaxy cluster MACS J0416.1-2403 (MACS 0416), using archival data from the Multi Unit Spectroscopic Explorer (MUSE) on the VLT. Combining with previous spectroscopic measurements of 15 other multiply imaged sources, we have obtained a sample of 102 secure multiple images with measured redshifts, the largest to date in a single strong lensing system. The newly confirmed sources are largely low-luminosity Lyman-α emitters with redshift in the range [ 3.08-6.15 ]. With such a large number of secure constraints, and a significantly improved sample of galaxy members in the cluster core, we have improved our previous strong lensing model and obtained a robust determination of the projected total mass distribution of MACS 0416. We find evidence of three cored dark-matter halos, adding to the known complexity of this merging system. The total mass density profile, as well as the sub-halo population, are found to be in good agreement with previous works. We update and make public the redshift catalog of MACS 0416 from our previous spectroscopic campaign with the new MUSE redshifts. We also release lensing maps (convergence, shear, magnification) in the standard HFF format. 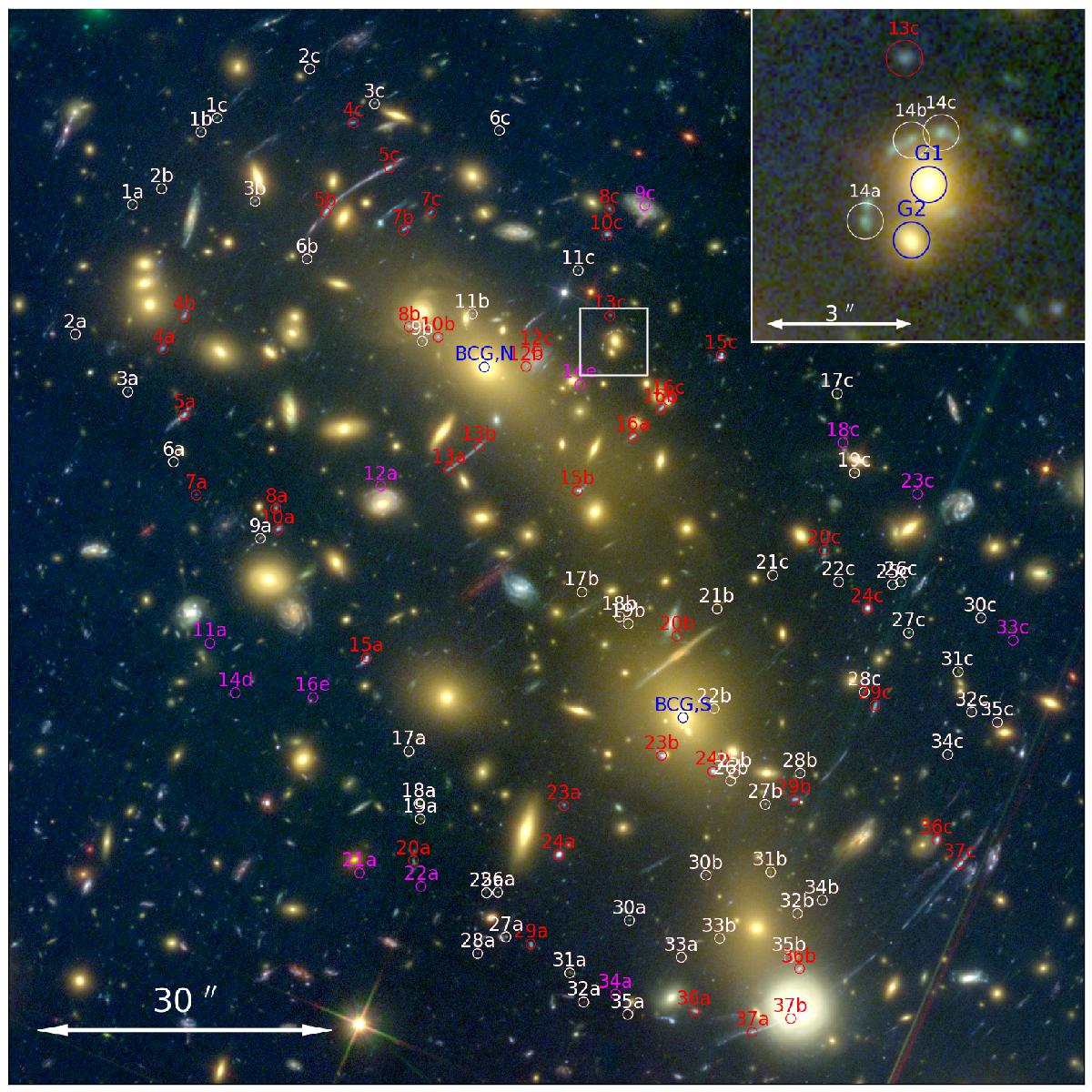