Context. Theoretically, rotation-induced chemical mixing in massive stars has far reaching evolutionary consequences, affecting the sequence of morphological phases, lifetimes, nucleosynthesis, and supernova characteristics.
Aims: Using a sample of 72 presumably single O-type giants to supergiants observed in the context of the VLT-FLAMES Tarantula Survey (VFTS), we aim to investigate rotational mixing in evolved core-hydrogen burning stars initially more massive than 15 M⊙ by analysing their surface nitrogen abundances.
Methods: Using stellar and wind properties derived in a previous VFTS study we computed synthetic spectra for a set of up to 21 N II-v lines in the optical spectral range, using the non-LTE atmosphere code FASTWIND. We constrained the nitrogen abundance by fitting the equivalent widths of relatively strong lines that are sensitive to changes in the abundance of this element. Given the quality of the data, we constrained the nitrogen abundance in 38 cases; for 34 stars only upper limits could be derived, which includes almost all stars rotating at νesini> 200 km s-1.
Results: We analysed the nitrogen abundance as a function of projected rotation rate νesini and confronted it with predictions of rotational mixing. We found a group of N-enhanced slowly-spinning stars that is not in accordance with predictions of rotational mixing in single stars. Among O-type stars with (rotation-corrected) gravities less than log gc = 3.75 this group constitutes 30-40 percent of the population. We found a correlation between nitrogen and helium abundance which is consistent with expectations, suggesting that, whatever the mechanism that brings N to the surface, it displays CNO-processed material. For the rapidly-spinning O-type stars we can only provide upper limits on the nitrogen abundance, which are not in violation with theoretical expectations. Hence, the data cannot be used to test the physics of rotation induced mixing in the regime of high spin rates.
Conclusions: While the surface abundances of 60-70 percent of presumed single O-type giants to supergiants behave in conformity with expectations, at least 30-40 percent of our sample can not be understood in the current framework of rotational mixing for single stars. Even though we have excluded stars showing radial velocity variations, of our sample may have remained contaminated by post-interaction binary products. Hence, it is plausible that effects of binary interaction need to be considered to understand their surface properties. Alternatively, or in conjunction, the effects of magnetic fields or alternative mass-loss recipes may need to be invoked. 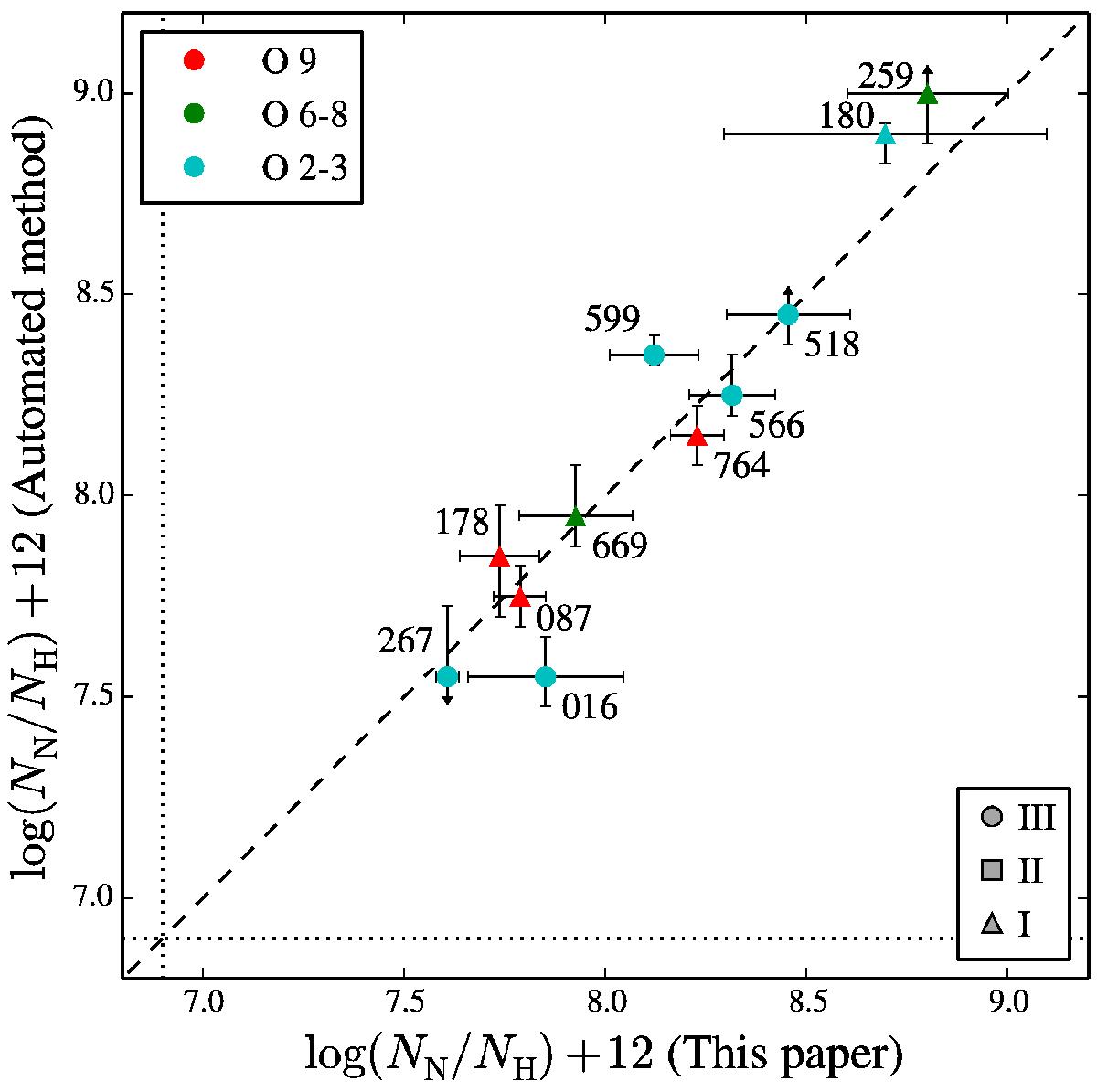