Formation of satellites from cold collapse

We study the collapse of an isolated, initially cold, irregular (but almost spherical) and slightly inhomogeneous cloud of self-gravitating particles.The cloud is driven towards a virialized quasi-equilibrium state by a fast relaxation mechanism, occurring in a typical time τc, whose signature is a large change in the particle energy distribution. Post-collapse particles are divided into two main species: bound and free, the latter being ejected from the system. Because of the initial system's anisotropy, the time varying gravitational field breaks spherical symmetry so that the ejected mass can carry away angular momentum and the bound system can gain a non-zero angular momentum. In addition, while strongly bound particles form a compact core, weakly bound ones may form, in a time scale of the order of τc, several satellite sub-structures. These satellites have a finite lifetime that can be longer than τc and generally form a flattened distribution. Their origin and their abundance are related to the amplitude and nature ofinitial density fluctuations and to the initial cloud deviations from spherical symmetry, which are both amplified during the collapse phase. Satellites show a time dependent virial ratio that can be different from the equilibrium value b ≈ -1: although they are bound to the main virialized object, they are not necessarily virially relaxed. 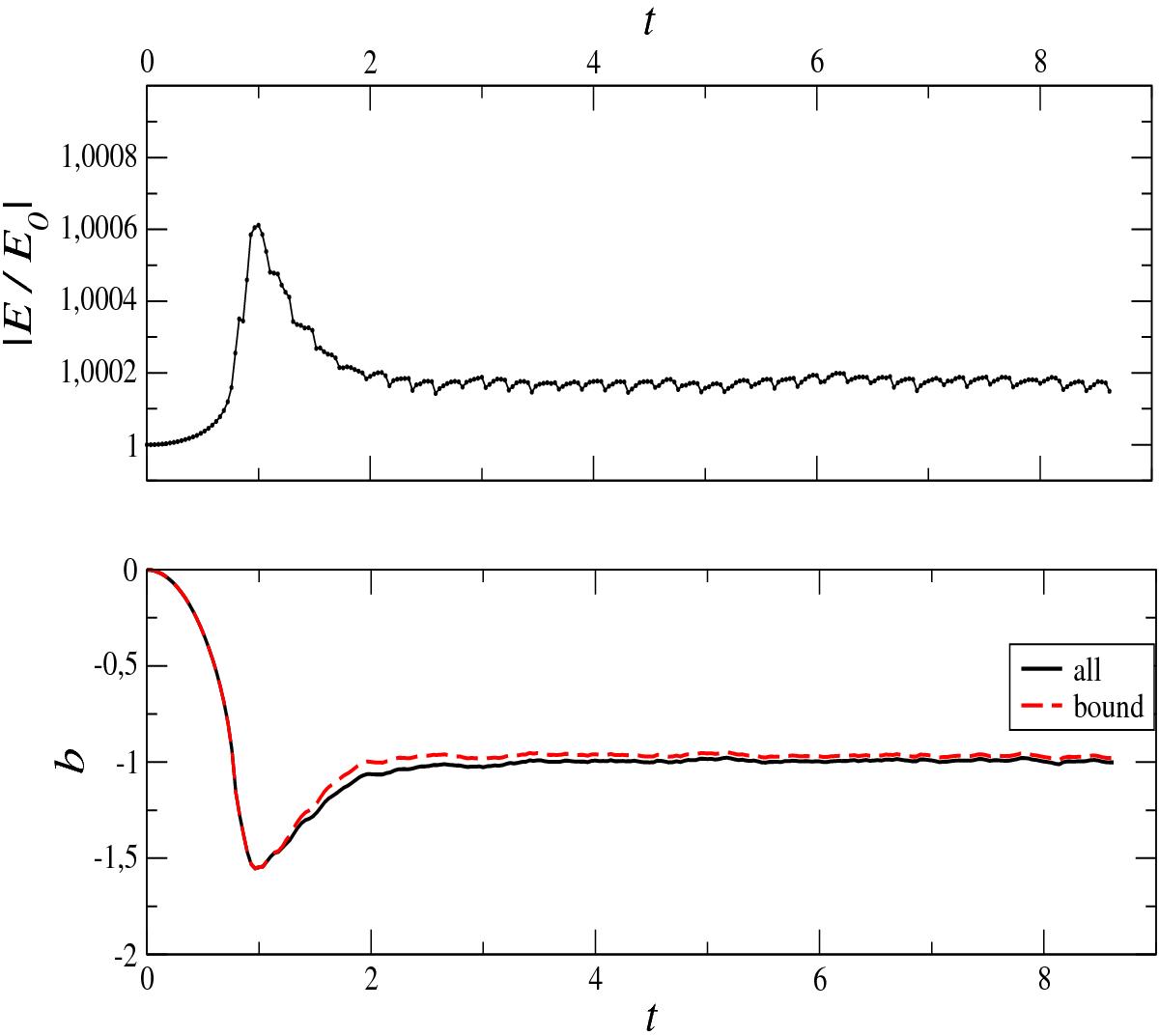