EXTraS discovery of two pulsators in the direction of the LMC: a Be/X-ray binary pulsar in the LMC and a candidate double-degenerate polar in the foreground

Context. The Exploring the X-ray Transient and variable Sky (EXTraS) project searches for coherent signals in the X-ray archival data of XMM-Newton.
Aims: XMM-Newton performed more than 400 pointed observations in the region of the Large Magellanic Cloud (LMC). We inspected the results of the EXTraS period search to systematically look for new X-ray pulsators in our neighbour galaxy.
Methods: We analysed the XMM-Newton observations of two sources from the 3XMM catalogue which show significant signals for coherent pulsations.
Results: 3XMM J051259.8-682640 was detected as a source with a hard X-ray spectrum in two XMM-Newton observations, revealing a periodic modulation of the X-ray flux with 956 s. As optical counterpart we identify an early-type star with Hα emission. The OGLE I-band light curve exhibits a regular pattern with three brightness dips which mark a period of 1350 d. The X-ray spectrum of 3XMM J051034.6-670353 is dominated by a super-soft blackbody-like emission component (kT 70 eV) which is modulated by nearly 100% with a period of 1418 s. From GROND observations we suggest a star with r' = 20.9 mag as a possible counterpart of the X-ray source.
Conclusions: 3XMM J051259.8-682640 is confirmed as a new Be/X-ray binary pulsar in the LMC. We discuss the long-term optical period as the likely orbital period which would be the longest known from a high-mass X-ray binary. The spectral and temporal properties of the super-soft source 3XMM J051034.6-670353 are very similar to those of RX J0806.3+1527 and RX J1914.4+2456 suggesting that it belongs to the class of double-degenerate polars and is located in our Galaxy rather than in the LMC. 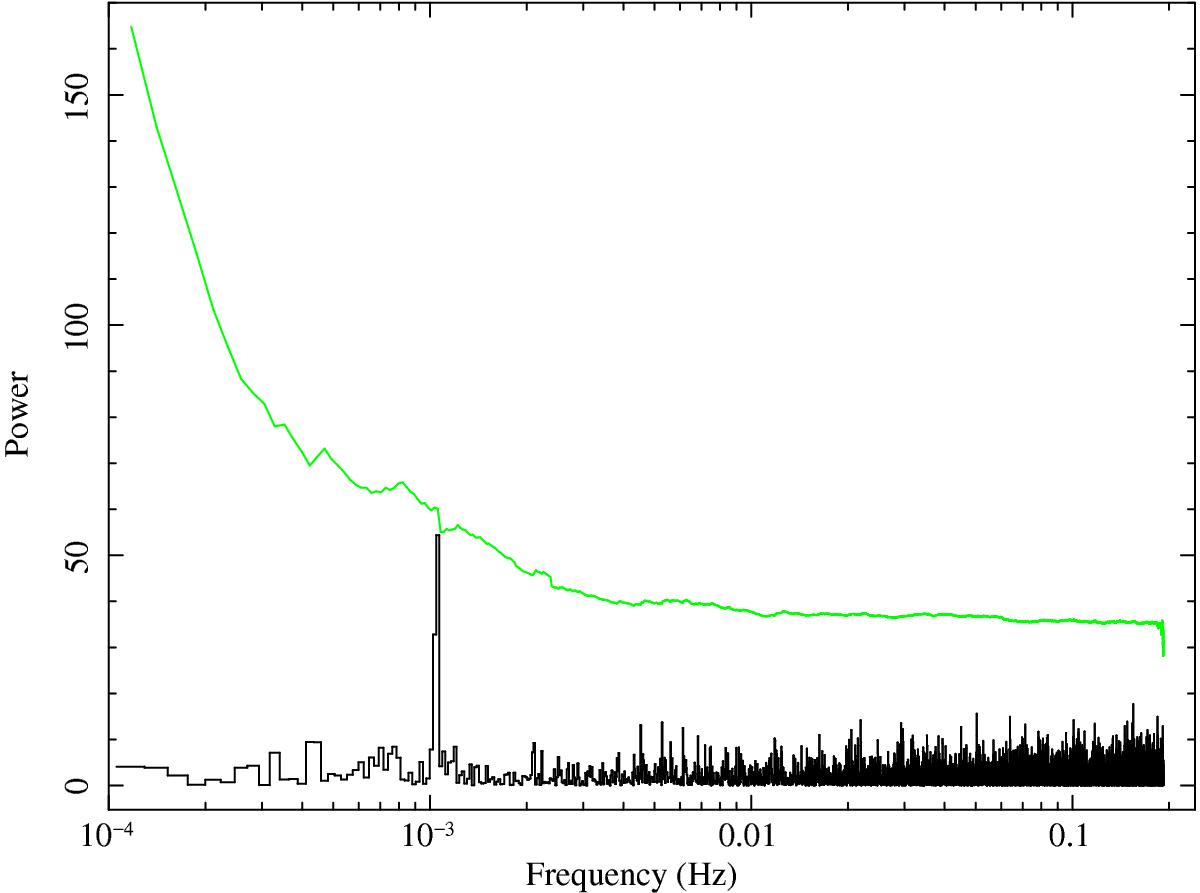