We report on the discovery of coherent pulsations at a period of 2.9 ms from the X-ray transient MAXI J0911-655 in the globular cluster NGC 2808. We observed X-ray pulsations at a frequency of 339.97 Hz in three different observations of the source performed with XMM-Newton and NuSTAR during the source outburst. This newly discovered accreting millisecond pulsar is part of an ultra-compact binary system characterised by an orbital period of 44.3 min and a projected semi-major axis of 17.6 lt-ms. Based on the mass function, we estimate a minimum companion mass of 0.024 M☉, which assumes a neutron star mass of 1.4 M☉ and a maximum inclination angle of 75° (derived from the lack of eclipses and dips in the light-curve of the source). We find that the Roche-lobe of the companion star could either be filled by a hot (5 × 106 K) pure helium white dwarf with a 0.028 M☉ mass (implying I ≃ 58°) or an old (>5 Gyr) brown dwarf with metallicity abundances between solar/sub-solar and mass ranging in the interval 0.065 to 0.085 (16 < I < 21). During the outburst, the broad-band energy spectra are well described by a superposition of a weak black-body component (kT 0.5 keV) and a hard cut-off power-law with photon index Γ 1.7 and cut-off at a temperature kTe 130 keV. Up until the latest Swift-XRT observation performed on 19th July, 2016, the source had been observed in outburst for almost 150 days, which makes MAXI J0911-655 the second accreting millisecond X-ray pulsar with outburst duration longer than 100 days. 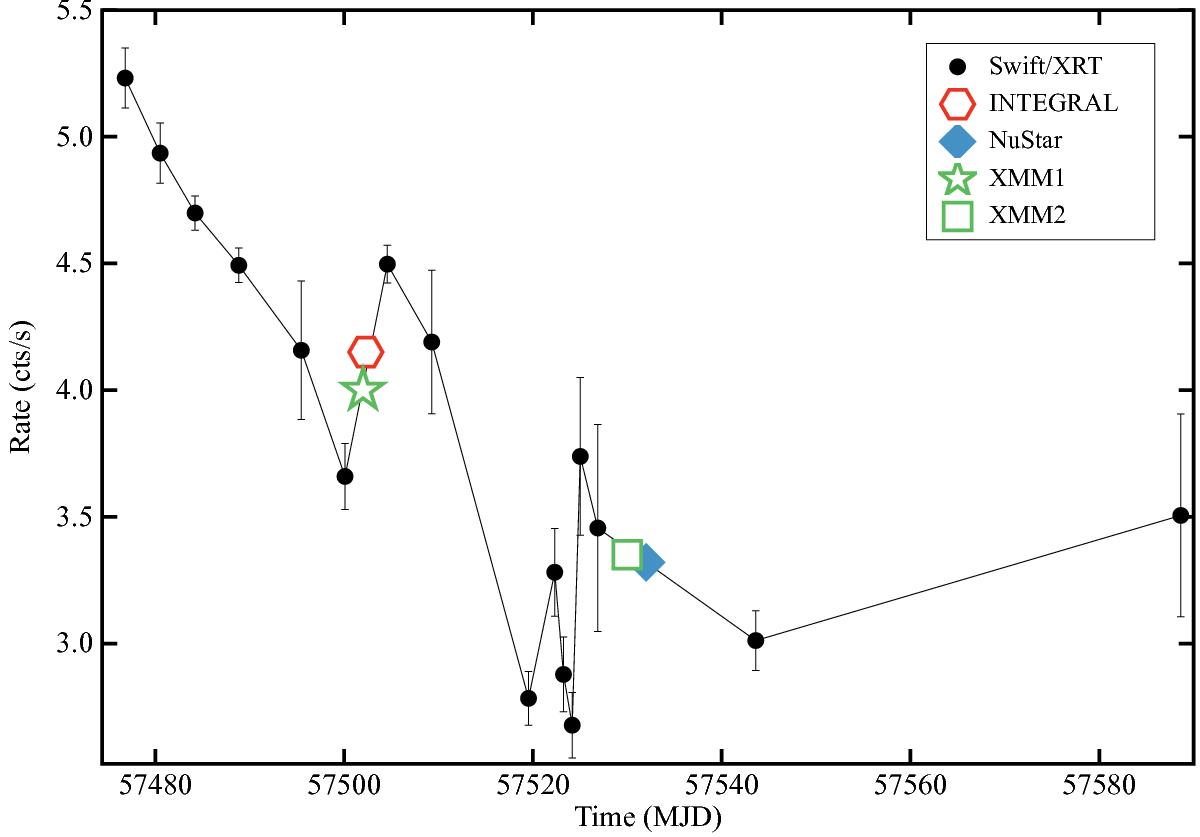