The outcome of upcoming cosmological surveys will depend on the accurate estimates of photometric redshifts. In the framework of the implementation of the photometric redshift algorithm for the ESA Euclid mission, we are exploring new avenues to improve current template-fitting methods. This paper focusses in particular on the prescription of the extinction of a source light by dust in the Milky Way. Since Galactic extinction strongly correlates with wavelength and photometry is commonly obtained through broad-band filters, the amount of absorption depends on the source intrinsic spectral energy distribution (SED), a point however neglected as the source SED is not known a-priori. A consequence of this dependence is that the observed EB-V (=AB-AV) will in general be different from the EB-V used to normalise the Galactic absorption law kλ (=Aλ/EB-V). Band-pass corrections are thus required to adequately renormalise the law for a given SED. In this work, we assess the band-pass corrections of a range of SEDs and find they vary by up to 20%. We have investigated how neglecting these corrections biases the calibration of dust into reddening map and how the scaling of the map depends of the sources used for its calibration. We derive dust-to-reddening scaling factors from the colour excesses of z< 0.4 SDSS red galaxies and show that band-pass corrections predict the observed differences. Extinction corrections are then estimated for a range of SEDs and a set of optical to near-infrared filters relevant to Euclid and upcoming cosmological ground-based surveys. For high extinction line-of-sights (EB-V> 0.1, 8% of the Euclid Wide survey), the variations in corrections can be up to 0.1 mag in the "bluer" optical filters (ugr) and up to 0.04 mag in the near-infrared filters. We find that an inaccurate correction of Galactic extinction critically affects photometric redshift estimates. In particular, for high extinction lines of sights and z < 0.5, the bias (I.e. the mean Δz = zphot-zreal) exceeds 0.2%(1 + z), the precision required for weak-lensing analyses. Additional uncertainty on the parametrisation of the Milky Way extinction curve itself further reduces the photometric redshift precision. We propose a new prescription of Galactic absorption for template-fitting algorithms which takes into consideration the dependence of extinction with SED. 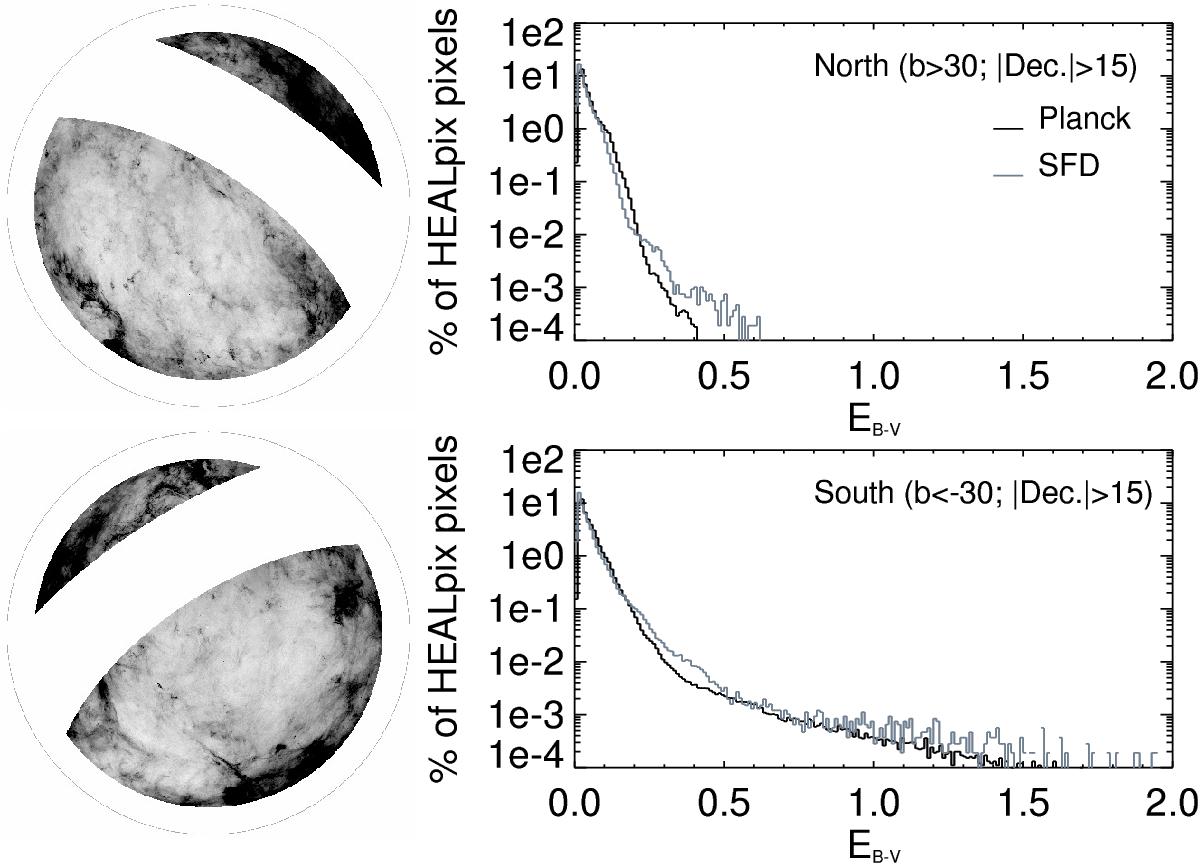