Aims: Uncovering the ingredients and the architecture of planetary systems is a very active field of research that has fuelled many new theories on giant planet formation, migration, composition, and interaction with the circumstellar environment. We aim at discovering and studying new such systems, to further expand our knowledge of how low-mass companions form and evolve.
Methods: We obtained high-contrast H-band images of the circumstellar environment of the F5V star HD 206893, known to host a debris disc never detected in scattered light. These observations are part of the SPHERE High Angular Resolution Debris Disc Survey (SHARDDS) using the InfraRed Dual-band Imager and Spectrograph (IRDIS) installed on VLT/SPHERE.
Results: We report the detection of a source with a contrast of 3.6 × 10-5 in the H-band, orbiting at a projected separation of 270 milliarcsec or 10 au, corresponding to a mass in the range 24 to 73 MJup for an age of the system in the range 0.2 to 2 Gyr. The detection was confirmed ten months later with VLT/NaCo, ruling out a background object with no proper motion. A faint extended emission compatible with the disc scattered light signal is also observed.
Conclusions: The detection of a low-mass companion inside a massive debris disc makes this system an analog of other young planetary systems such as β Pictoris, HR 8799 or HD 95086 and requires now further characterisation of both components to understand their interactions. 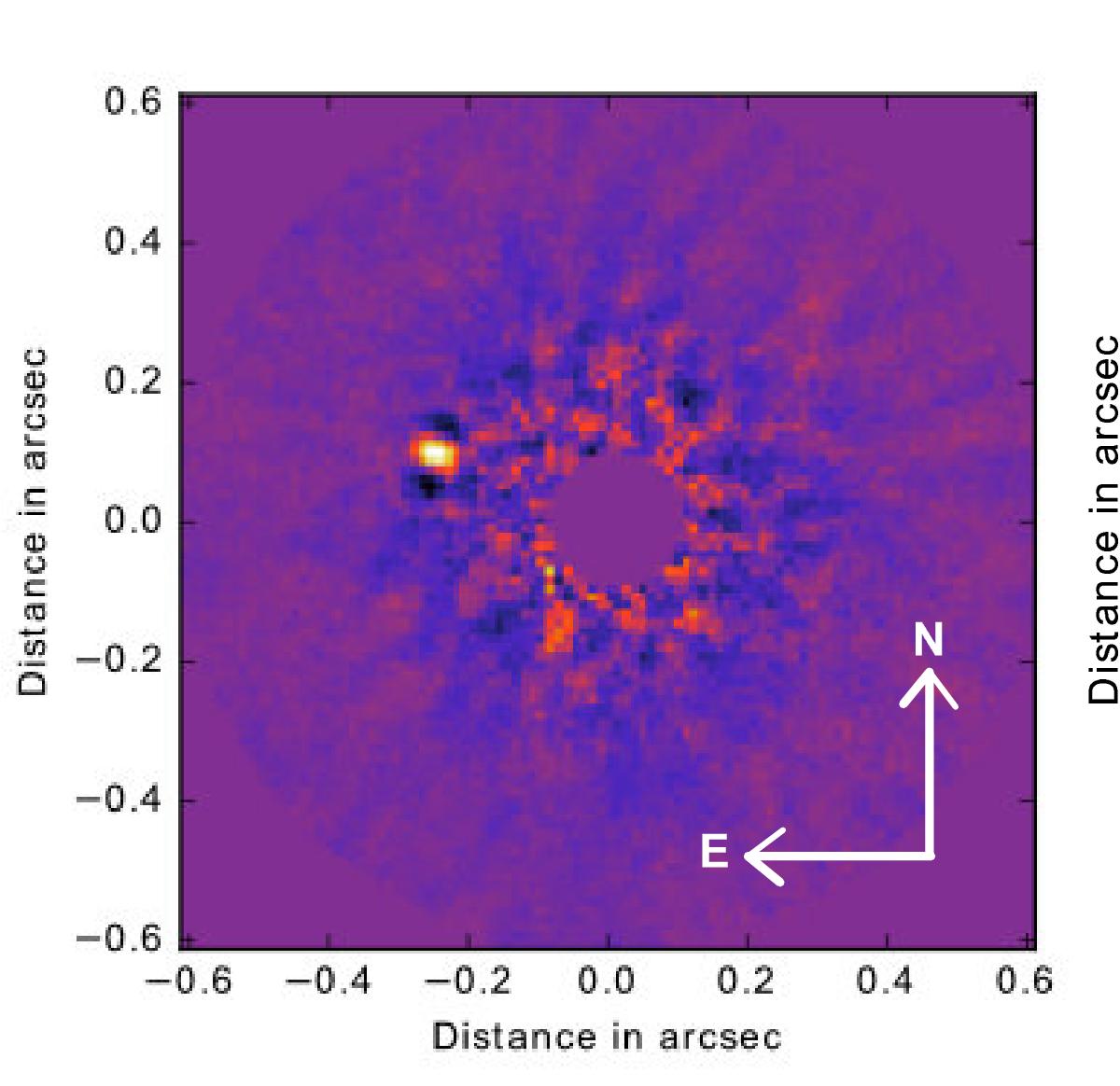