Faraday tomography of the local interstellar medium with LOFAR: Galactic foregrounds towards IC 342

Magnetic fields pervade the interstellar medium (ISM), but are difficult to detect and characterize. The new generation of low-frequency radio telescopes, such as the Low Frequency Array (LOFAR: a Square Kilometre Array-low pathfinder), provides advancements in our capability of probing Galactic magnetism through low-frequency polarimetry. Maps of diffuse polarized radio emission and the associated Faraday rotation can be used to infer properties of, and trace structure in, the magnetic fields in the ISM. However, to date very little of the sky has been probed at high angular and Faraday depth resolution. We observed a 5° by 5° region centred on the nearby galaxy IC 342 (ℓ = 138.2°,b = + 10.6°) using the LOFAR high-band antennae in the frequency range 115-178 MHz. We imaged this region at 4'.5x3'.8 resolution and performed Faraday tomography to detect foreground Galactic polarized synchrotron emission separated by Faraday depth (different amounts of Faraday rotation). Our Faraday depth cube shows a rich polarized structure, with up to 30 K of polarized emission at 150 MHz. We clearly detect two polarized features that extend over most of the field, but are clearly separated in Faraday depth. Simulations of the behaviour of the depolarization of Faraday-thick structures at such low frequencies show that such structures would be too strongly depolarized to explain the observations. These structures are therefore rejected as the source of the observed polarized features. Only Faraday thin structures will not be strongly depolarized at low frequencies; producing such structures requires localized variations in the ratio of synchrotron emissivity to Faraday depth per unit distance. Such variations can arise from several physical phenomena, such as a transition between regions of ionized and (mostly) neutral gas. We conclude that the observed polarized emission is Faraday thin, and propose that the emission originates from two mostly neutral clouds in the local ISM. Using maps of the local ISM to estimate distances to these clouds, we have modelled the Faraday rotation for this line of sight and estimated that the strength of the line of sight component of magnetic field of the local ISM for this direction varies between -0.86 and+0.12 μG (where positive is towards the Earth). We propose that this may be a useful method for mapping magnetic fields within the local ISM in all directions towards nearby neutral clouds. 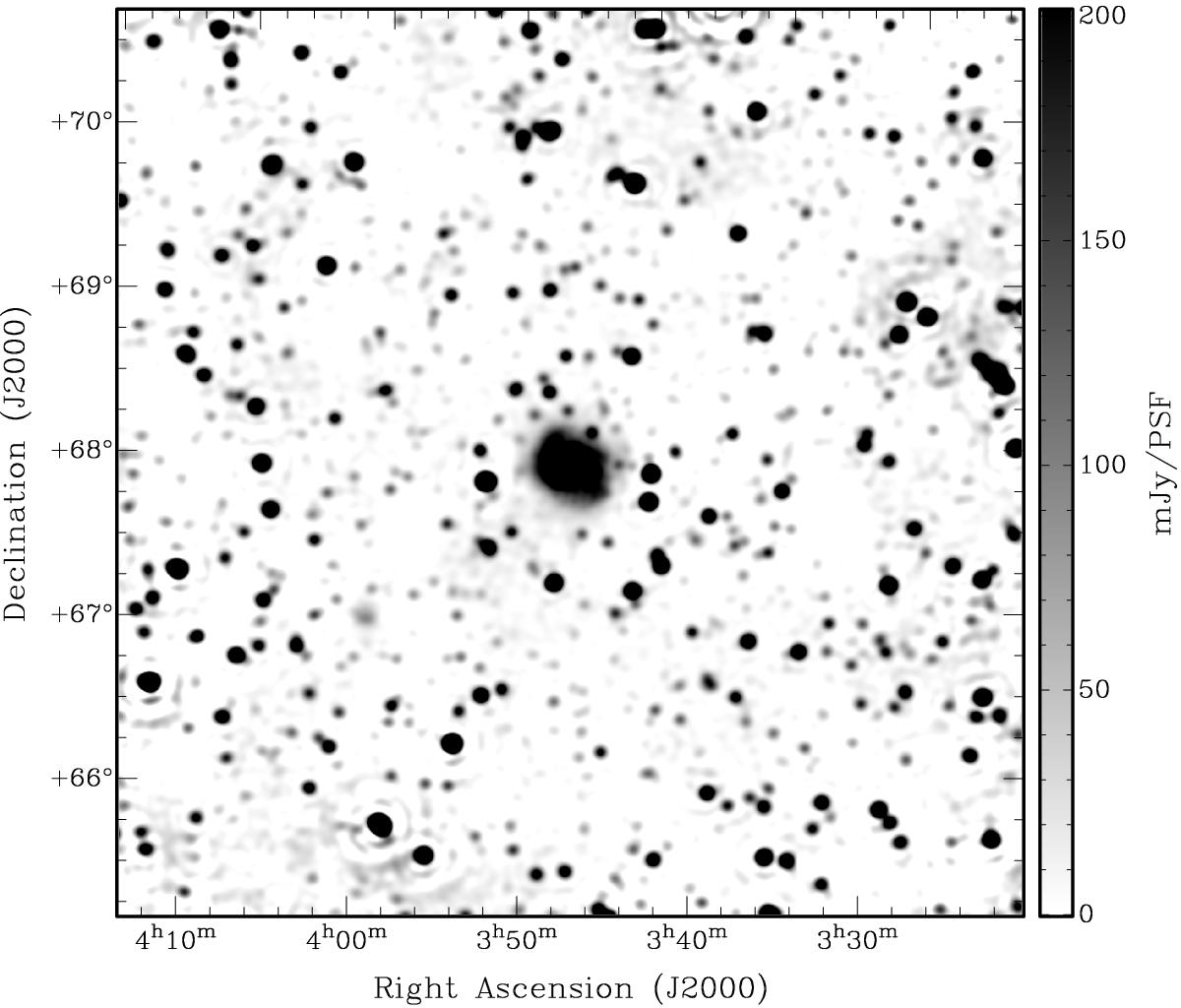