Interactions of the Galactic bar and spiral arm in NGC 3627


Aims: To gain insight into the expected gas dynamics at the interface of the Galactic bar and spiral arms in our own Milky Way galaxy, we examine as an extragalactic counterpart the evidence of multiple distinct velocity components in the cold dense molecular gas that populates a similar region at the end of the bar in the nearby galaxy NGC 3627.
Methods: We assembled a high-resolution view of molecular gas kinematics traced by CO(2-1) emission and extracted line-of-sight velocity profiles from regions of high and low gas velocity dispersion.
Results: The high velocity dispersions arise with often double-peaked or multiple line-profiles. We compare the centroids of the different velocity components to expectations based on orbital dynamics in the presence of bar and spiral potential perturbations. A model of the region as the interface of two gas-populated orbits families supporting the bar and the independently rotating spiral arms provides an overall good match to the data. An extent of the bar to the corotation radius of the galaxy is favored.
Conclusions: Using NGC 3627 as an extragalactic example, we expect situations like this to favor strong star formation events such as are observed in our own Milky Way since gas can pile up where the orbit families cross. The relative motions of the material following these orbits is most likely even more important for the build-up of high density in the region. The surface densities in NGC 3627 are also so high that shear at the bar end is unlikely to significantly weaken the star formation activity. We speculate that scenarios in which the bar and spiral rotate at two different pattern speeds may be the most favorable for intense star formation at such interfaces. 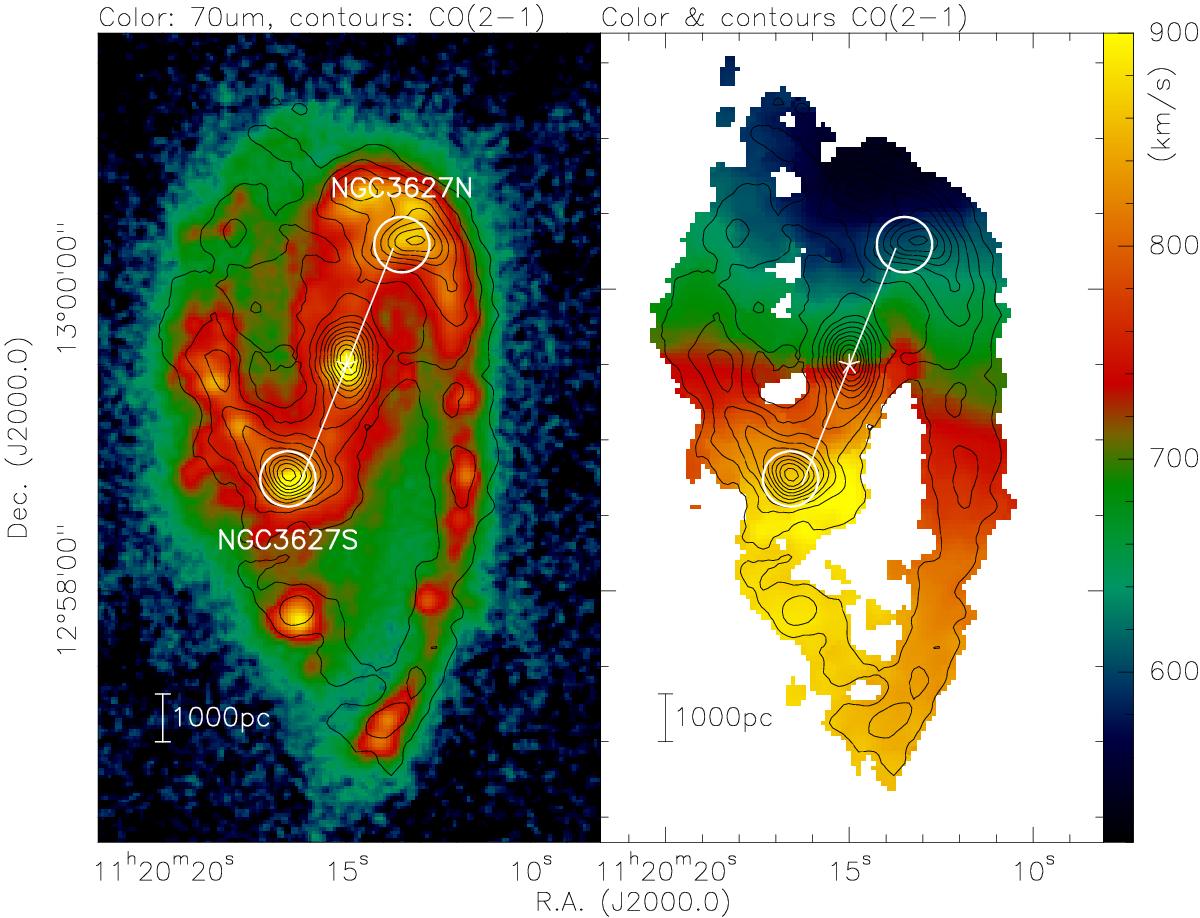