We report on a dark matter search for a Weakly Interacting Massive Particle (WIMP) in the mass range $m_\chi \in [4, 30]\,\mathrm{GeV}/c^2$ with the EDELWEISS-III experiment. A 2D profile likelihood analysis is performed on data from eight selected detectors with the lowest energy thresholds leading to a combined fiducial exposure of 496 kg-days. External backgrounds from $\gamma$- and $\beta$-radiation, recoils from $^{206}$Pb and neutrons as well as detector intrinsic backgrounds were modelled from data outside the region of interest and constrained in the analysis. The basic data selection and most of the background models are the same as those used in a previously published analysis based on Boosted Decision Trees (BDT). For the likelihood approach applied in the analysis presented here, a larger signal efficiency and a subtraction of the expected background lead to a higher sensitivity, especially for the lowest WIMP masses probed. No statistically significant signal was found and upper limits on the spin-independent WIMP-nucleon scattering cross section can be set with a hypothesis test based on the profile likelihood test statistics. The 90% C.L. exclusion limit set for WIMPs with $m_\chi = 4\,\mathrm{GeV/}c^2$ is $1.6 \times 10^{-39}\,\mathrm{cm^2}$, which is an improvement of a factor of seven with respect to the BDT-based analysis. For WIMP masses above $15\,\mathrm{GeV/}c^2$ the exclusion limits found with both analyses are in good agreement. 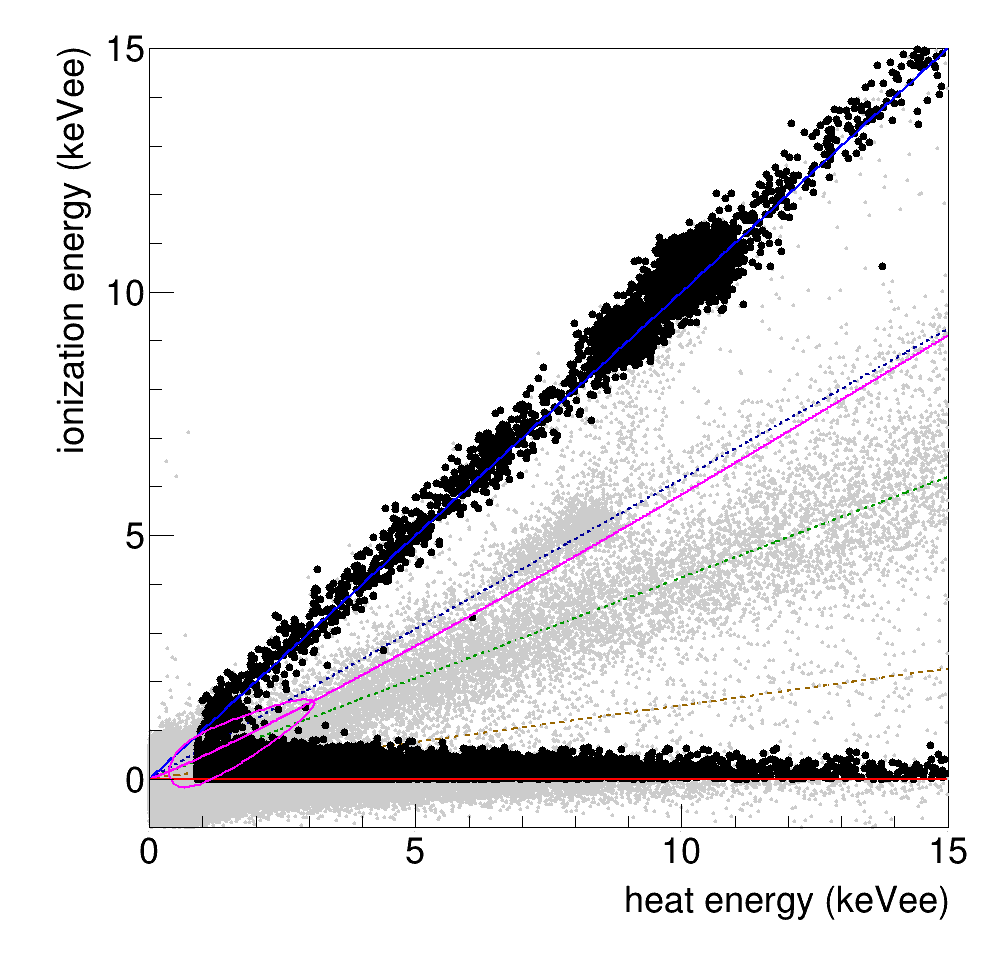