Suppression of a kinematic dynamo by large shear

We numerically solve the magnetic induction equation in a spherical shell geometry, with a kinematically prescribed axisymmetric flow that consists of a superposition of a small-scale helical flow and a large-scale shear flow. The small-scale flow is chosen to be a local analog of the classical Roberts cells, consisting of strongly helical vortex rolls. The large-scale flow is a shearing motion in either the radial or the latitudinal directions. In the absence of large-scale shear, the small-scale flow is an efficient dynamo, in agreement with previous results. Adding increasingly large shear flows strongly suppresses the dynamo efficiency, indicating that shear is not always a favourable ingredient in dynamo action. 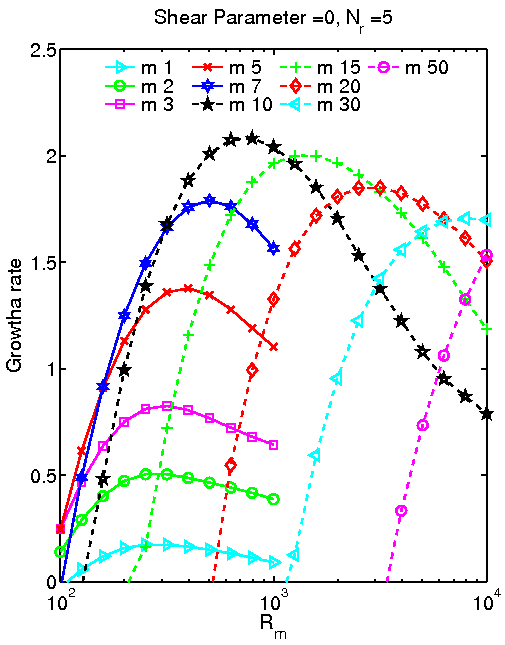