Galactoseismology: Discovery of a cluster of receding, variable halo stars

A dynamical characterization of dark matter dominated dwarf galaxies from their observed effects on galactic disks (i.e. Galactoseismology) has remained an elusive goal. Here, we present preliminary results from spectroscopic observations of three clustered Cepheid candidates identified from $K$-band light curves towards Norma. The average heliocentric radial velocity of these stars is $\sim$ 156 km/s, which is large and distinct from that of the Galaxy's stellar disk. These objects at $l \sim 333 ^\circ$ and $b \sim -1 ^\circ$ are therefore halo stars; using the $3.6~\micron$ period-luminosity relation of Type I Cepheids, they are at $\sim$ 73 kpc. Our ongoing $I$-band photometry indicates variability on the same time scale as the period determined from the $K_{s}$-band light curve. Distances determined from the $K$-band period-luminosity relation and the 3.6 $\micron$ period-luminosity relation are comparable. The observed radial velocity of these stars agrees roughly with predictions from dynamical models. If these stars are indeed members of the predicted dwarf galaxy that perturbed the outer HI disk of the Milky Way, this would mark the first application of Galactoseismology. 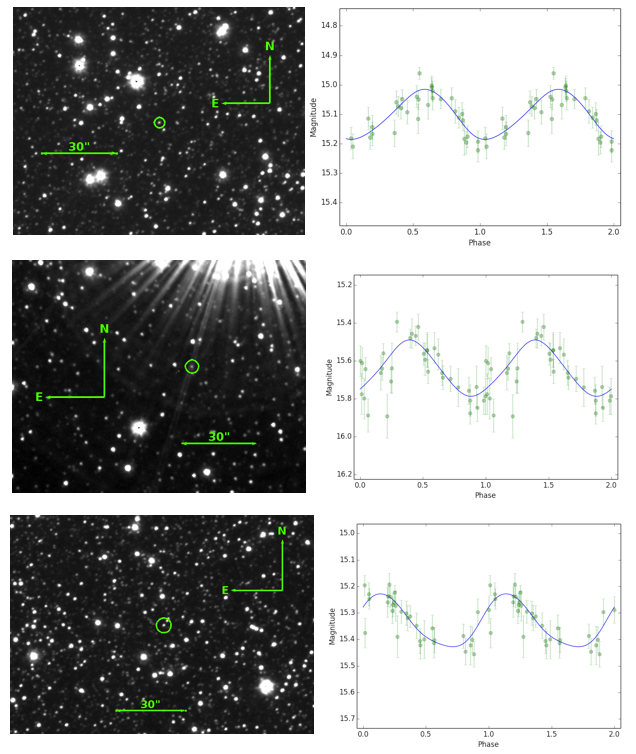