The discovery of many planets using the Kepler telescope includes 10 planets orbiting eight binary stars. Three binaries, Kepler-16, Kepler-47, and Kepler-453, have at least one planet in the circumbinary habitable zone (BHZ). We constrain the level of high-energy radiation and the plasma environment in the BHZ of these systems. With this aim, BHZ limits in these Kepler binaries are calculated as a function of time, and the habitability lifetimes are estimated for hypothetical terrestrial planets and/or moons within the BHZ. With the time-dependent BHZ limits established, a self-consistent model is developed describing the evolution of stellar activity and radiation properties as proxies for stellar aggression toward planetary atmospheres. Modeling binary stellar rotation evolution, including the effect of tidal interaction between stars in binaries, is key to establishing the environment around these systems. We find that Kepler-16 and its binary analogs provide a plasma environment favorable for the survival of atmospheres of putative Mars-sized planets and exomoons. Tides have modified the rotation of the stars in Kepler-47, making its radiation environment less harsh in comparison to the solar system. This is a good example of the mechanism first proposed by Mason et al. Kepler-453 has an environment similar to that of the solar system with slightly better than Earth radiation conditions at the inner edge of the BHZ. These results can be reproduced and even reparameterized as stellar evolution and binary tidal models progress, using our online tool http://bhmcalc.net. 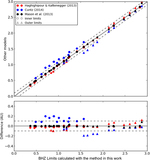