Using the nine-year radio-pulsar timing data set from the North American Nanohertz Observatory for Gravitational Waves (NANOGrav), collected at Arecibo Observatory and the Green Bank Telescope, we have measured the positions, proper motions, and parallaxes for 37 millisecond pulsars. We report twelve significant parallax measurements and distance measurements, and eighteen lower limits on distance. We compare these measurements to distances predicted by the NE2001 interstellar electron density model and find them to be in general agreement. We use measured orbital-decay rates and spin-down rates to confirm two of the parallax distances and to place distance upper limits on other sources; these distance limits agree with the parallax distances with one exception, PSR J1024-0719, which we discuss at length. Using the proper motions of the 37 NANOGrav pulsars in combination with other published measurements, we calculate the velocity dispersion of the millisecond pulsar population in Galactocentric coordinates. We find the radial, azimuthal, and perpendicular dispersions to be 46, 40, and 24 {km} {{{s}}}-1, respectively, in a model that allows for high-velocity outliers; or 81, 58, and 62 {km} {{{s}}}-1 for the full population. These velocity dispersions are far smaller than those of the canonical pulsar population, and are similar to older Galactic disk populations. This suggests that millisecond pulsar velocities are largely attributable to their being an old population rather than being artifacts of their birth and evolution as neutron star binary systems. The components of these velocity dispersions follow similar proportions to other Galactic populations, suggesting that our results are not biased by selection effects. 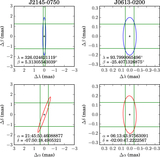