The habitability of Proxima Centauri b. I. Irradiation, rotation and volatile inventory from formation to the present

Proxima b is a planet with a minimum mass of 1.3M⊕ orbiting within the habitable zone (HZ) of Proxima Centauri, a very low-mass, active star and the Sun's closest neighbor. Here we investigate a number of factors related to the potential habitability of Proxima b and its ability to maintain liquid water on its surface. We set the stage by estimating the current high-energy irradiance of the planet and show that the planet currently receives 30 times more extreme-UV radiation than Earth and 250 times more X-rays. We compute the time evolution of the star's spectrum, which is essential for modeling the flux received over Proxima b's lifetime. We also show that Proxima b's obliquity is likely null and its spin is either synchronous or in a 3:2 spin-orbit resonance, depending on the planet's eccentricity and level of triaxiality. Next we consider the evolution of Proxima b's water inventory. We use our spectral energy distribution to compute the hydrogen loss from the planet with an improved energy-limited escape formalism. Despite the high level of stellar activity we find that Proxima b is likely to have lost less than an Earth ocean's worth of hydrogen (EOH) before it reached the HZ 100-200 Myr after its formation. The largest uncertainty in our work is the initial water budget, which is not constrained by planet formation models. We conclude that Proxima b is a viable candidate habitable planet. 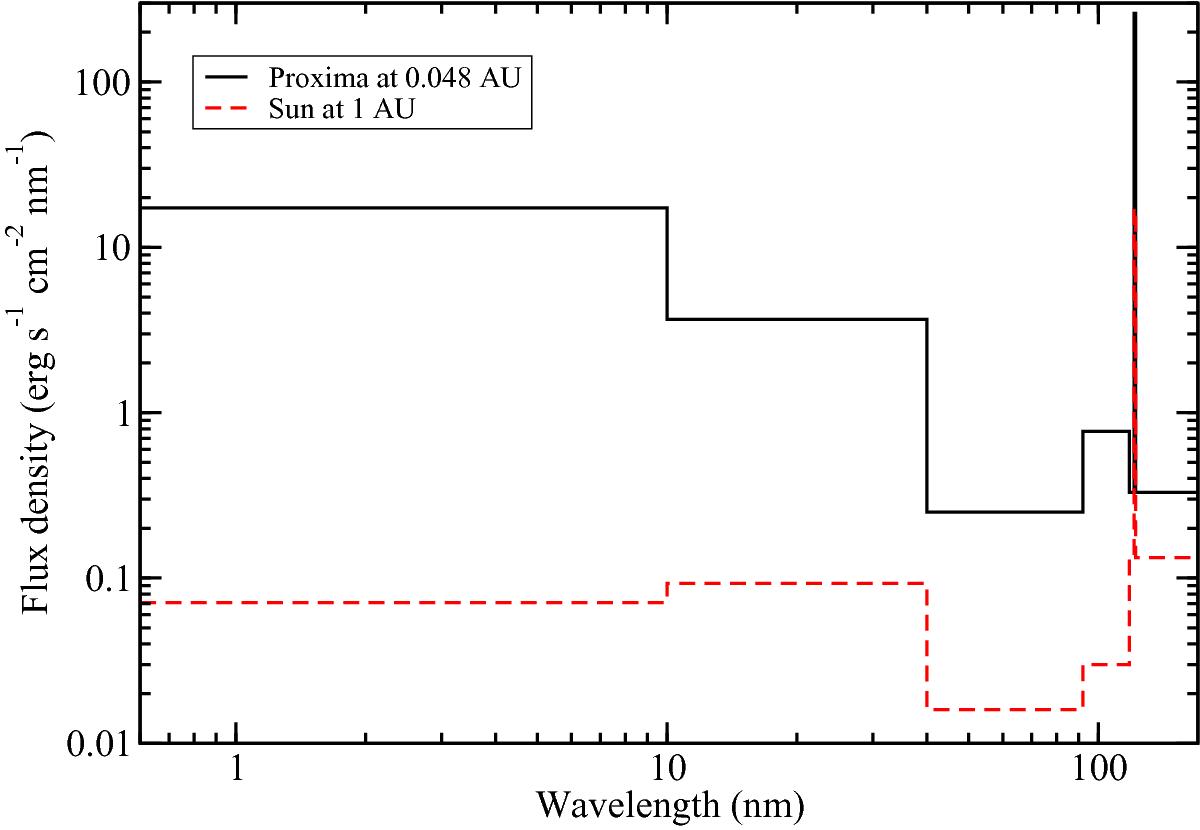