Continuum spectra covering centimetre to submillimetre wavelengths are presented for a northern sample of 104 extragalactic radio sources, mainly active galactic nuclei, based on four-epoch Planck data. The nine Planck frequencies, from 30 to 857 GHz, are complemented by a set of simultaneous ground-based radio observations between 1.1 and 37 GHz. The single-survey Planck data confirm that the flattest high-frequency radio spectral indices are close to zero, indicating that the original accelerated electron energy spectrum is much harder than commonly thought, with power-law index around 1.5 instead of the canonical 2.5. The radio spectra peak at high frequencies and exhibit a variety of shapes. For a small set of low-z sources, we find a spectral upturn at high frequencies, indicating the presence of intrinsic cold dust. Variability can generally be approximated by achromatic variations, while sources with clear signatures of evolving shocks appear to be limited to the strongest outbursts. 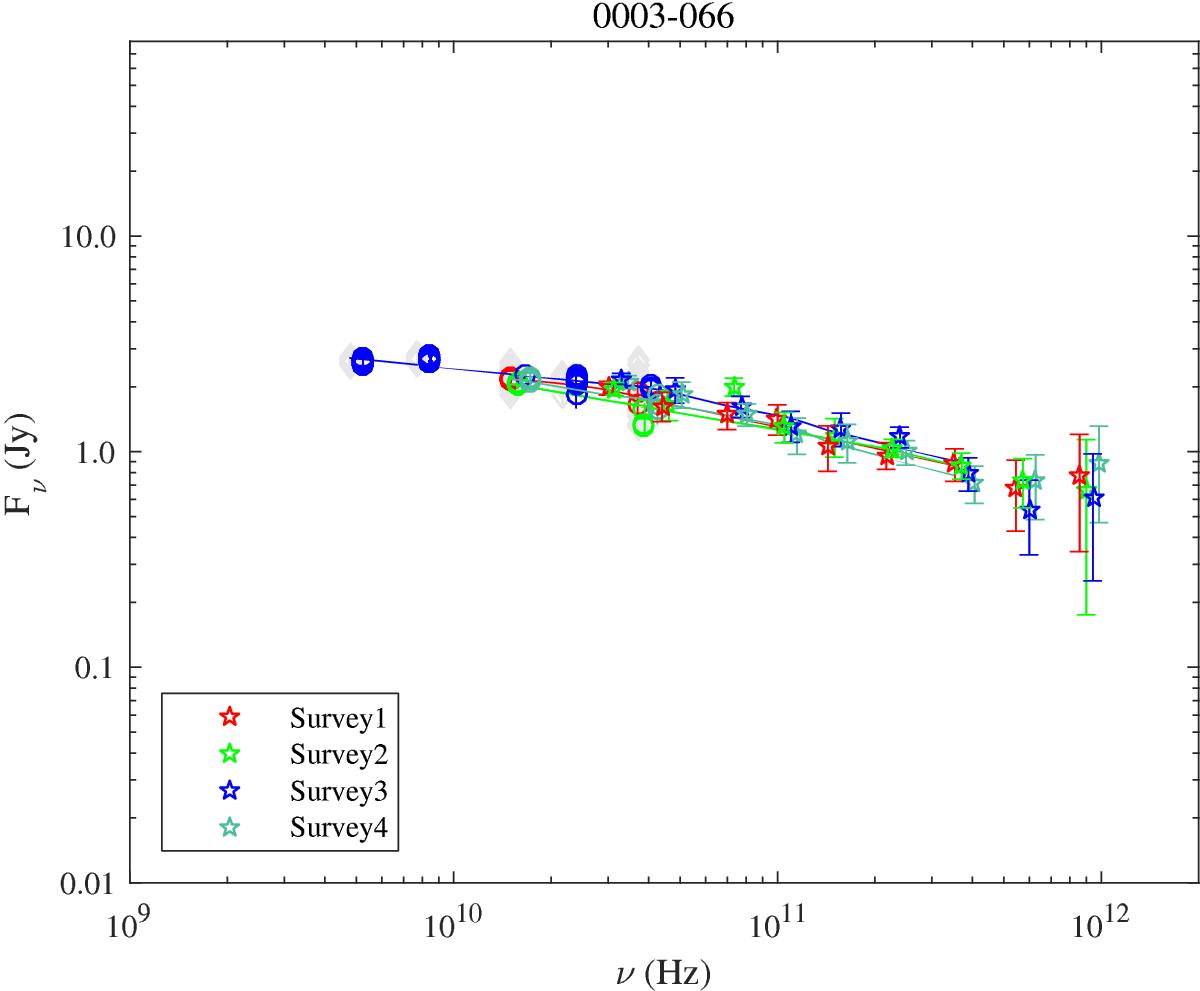