Hα-activity and ages for stars in the SARG survey

Stellar activity influences radial velocity (RV) measurements and can also mimic the presence of orbiting planets. As part of the search for planets around the components of wide binaries performed with the SARG High Resolution Spectrograph at the TNG, it was discovered that shows strong variation in RV that is well correlated with the activity index based on Hα. We used SARG to study the Hα line variations in each component of the binaries and a few bright stars to test the capability of the Hα index of revealing the rotation period or activity cycle. We also analysed the relations between the average activity level and other physical properties of the stars. We finally tried to reveal signals in the RVs that are due to the activity. At least in some cases the variation in the observed RVs is due to the stellar activity. We confirm that Hα can be used as an activity indicator for solar-type stars and as an age indicator for stars younger than 1.5 Gyr.

Based on observations made with the Italian Telescopio Nazionale Galileo (TNG) operated on the island of La Palma by the Fundación Galileo Galilei of the INAF (Istituto Nazionale di Astrofisica) at the Spanish Observatorio del Roque de los Muchachos of the Instituto de Astrofísica de Canarias.A table of the individual Hα measurements is only available at the CDS via anonymous ftp to http://cdsarc.u-strasbg.fr (http://130.79.128.5) or via http://cdsarc.u-strasbg.fr/viz-bin/qcat?J/A+A/596/A76 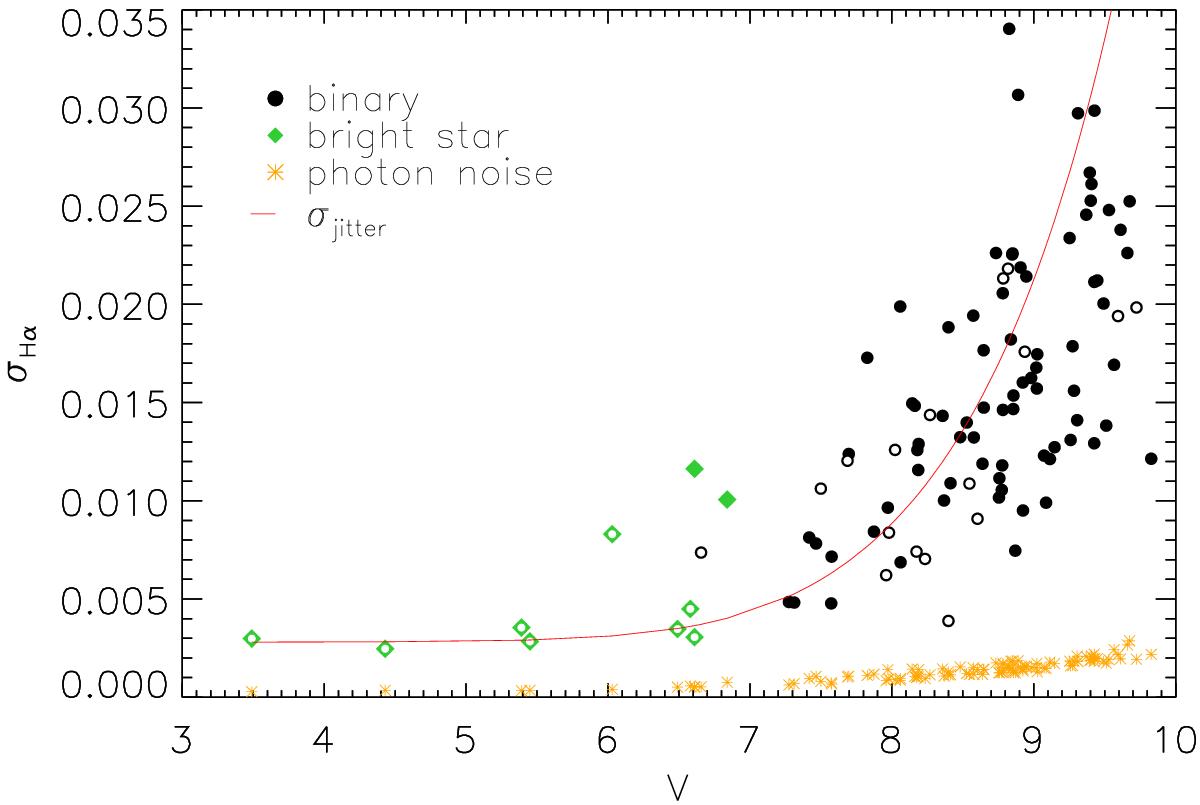