We present the serendipitous ALMA detection of a faint submillimeter galaxy (SMG) lensed by a foreground z 1 galaxy. By optimizing the source detection to deblend the system, we accurately build the full spectral energy distribution of the distant galaxy from the I814 band to radio wavelengths. It is extremely red, with a I-K colour larger than 2.5. We estimate a photometric redshift of 3.28 and determine the physical parameters. The distant galaxy turns out to be magnified by the foreground lens by a factor of 1.5, which implies an intrinsic Ks-band magnitude of 24.5, a submillimeter flux at 870 μm of 2.5 mJy and a SFR of 150-300 M⊙/ yr, depending on the adopted tracer. These values place our source towards the faint end of the distribution of observed SMGs, and in particular among the still few faint SMGs with a fully characterized spectral energy distribution, which allows us not only to accurately estimate its redshift, but also to measure its stellar mass and other physical properties. The galaxy studied in this work is a representative of the population of faint SMGs, of which only few objects are known to date, that are undetected in optical and therefore are not typically accounted for when measuring the cosmic star formation history (SFH). This faint galaxy population thus likely represents an important and missing piece in our understanding of the cosmic SFH. Its observation and characterization is of major importance to achieve a solid picture of galaxy evolution. 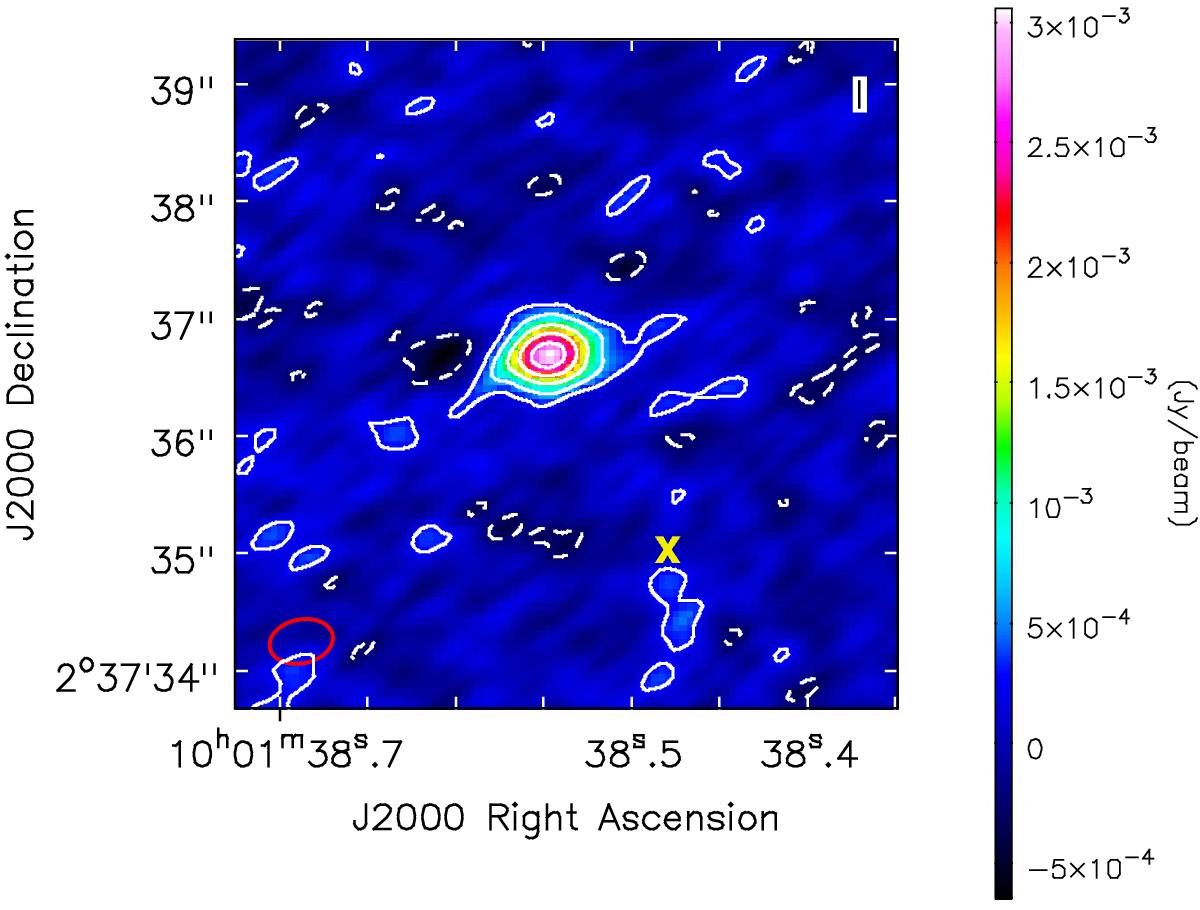