Context. Based on their overwhelming dominance among associated Fermi γ-ray catalogue sources, it is expected that a large fraction of the unidentified Fermi objects are blazars. Through crossmatching between the positions of unidentified γ-ray sources from the First Fermi Catalog of γ-ray sources emitting above 10 GeV (1FHL) and the ROSAT and Swift/XRT catalogues of X-ray objects and between pointed XRT observations, a sample of 36 potential associations was found in previous works with less than 15 arcsec of positional offset. One-third of them have recently been classified; the remainder, though believed to belong to the blazar class, still lack spectroscopic classifications.
Aims: We study the optical spectrum of the putative counterparts of these unidentified gamma-ray sources in order to find their redshifts and to determine their nature and main spectral characteristics.
Methods: An observational campaign was carried out on the putative counterparts of 13 1FHL sources using medium-resolution optical spectroscopy from the Osservatorio Astronomico di Bologna in Loiano, Italy; the Telescopio Nazionale Galileo and the Nordic Optical Telescope, both in the Canary Islands, Spain; and the Observatorio Astronómico Nacional San Pedro Mártir in Baja California, Mexico.
Results: We were able to classify 14 new objects based on their continuum shapes and spectral features.
Conclusions: Twelve new blazars were found, along with one new quasar and one new narrow line Seyfert 1 (NLS1) to be potentially associated with the 1FHL sources of our sample. Redshifts or lower limits were obtained when possible alongside central black hole mass and luminosity estimates for the NLS1 and the quasar. 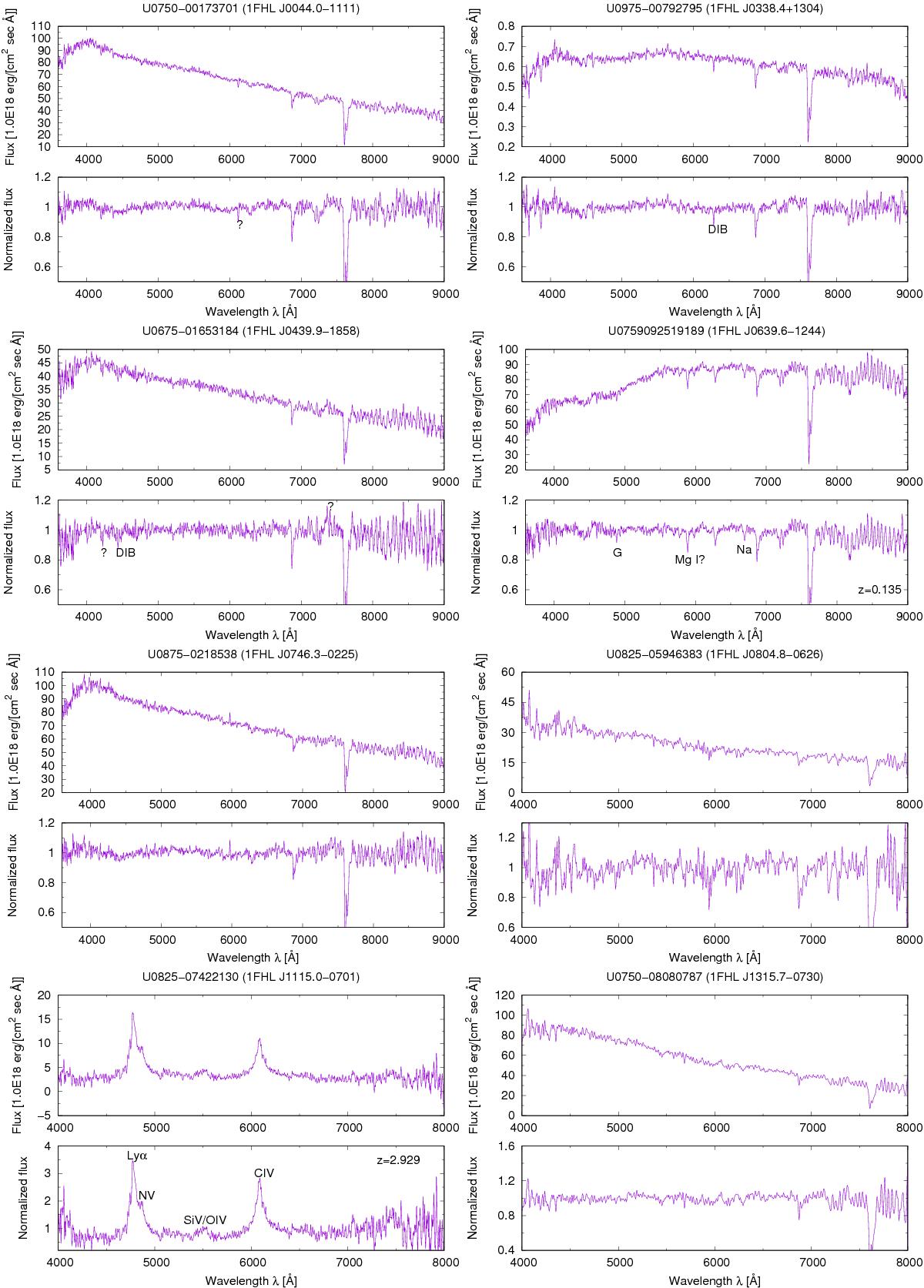