Constraints on the size and dynamics of the J1407b ring system

Context. J1407 ( in full) is a young star in the Scorpius-Centaurus OB association that underwent a series of complex eclipses over 56 days in 2007. To explain these, it was hypothesised that a secondary substellar companion, J1407b, has a giant ring system filling a large fraction of the Hill sphere, causing the eclipses. Observations have not successfully detected J1407b, but do rule out circular orbits for the companion around the primary star.
Aims: We test to what degree the ring model of J1407b could survive in an eccentric orbit required to fit the observations.
Methods: We run N-body simulations under the AMUSE framework to test the stability of Hill radius-filling systems where the companion is on an eccentric orbit.
Results: We strongly rule out prograde ring systems and find that a secondary of 60 to 100 MJup with an 11 yr orbital period and retrograde orbiting material can survive for at least 104 orbits and produce eclipses with similar durations as the observed one. 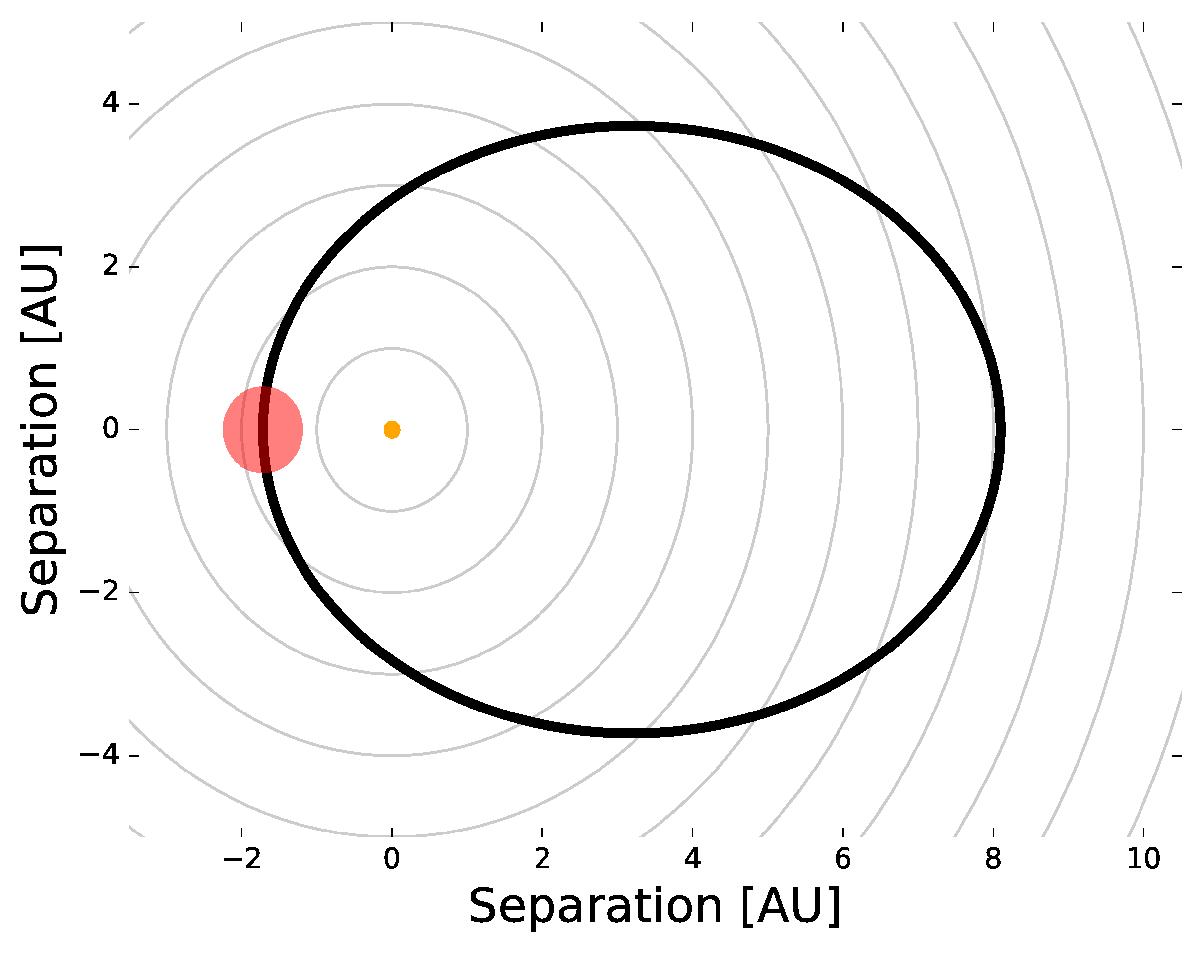