Critical study of the distribution of rotational velocities of Be stars. I. Deconvolution methods, effects due to gravity darkening, macroturbulence, and binarity

Context. Among intermediate-mass and massive stars, Be stars are the fastest rotators in the main sequence (MS) and, as such, these stars are a cornerstone to validate models of structure and evolution of rotating stars. Several phenomena, however, induce under- or overestimations either of their apparent Vsini, or true velocity V.
Aims: In the present contribution we aim at obtaining distributions of true rotational velocities corrected for systematic effects induced by the rapid rotation itself, macroturbulent velocities, and binarity.
Methods: We study a set of 233 Be stars by assuming they have inclination angles distributed at random. We critically discuss the methods of Cranmer and Lucy-Richardson, which enable us to transform a distribution of projected velocities into another distribution of true rotational velocities, where the gravitational darkening effect on the Vsini parameter is considered in different ways. We conclude that iterative algorithm by Lucy-Richardson responds at best to the purposes of the present work, but it requires a thorough determination of the stellar fundamental parameters.
Results: We conclude that once the mode of ratios of the true velocities of Be stars attains the value V/Vc ≃ 0.77 in the main-sequence (MS) evolutionary phase, it remains unchanged up to the end of the MS lifespan. The statistical corrections found on the distribution of ratios V/Vc for overestimations of Vsini, due to macroturbulent motions and binarity, produce a shift of this distribution toward lower values of V/Vc when Be stars in all MS evolutionary stages are considered together. The mode of the final distribution obtained is at V/Vc ≃ 0.65. This distribution has a nearly symmetric distribution and shows that the Be phenomenon is characterized by a wide range of true velocity ratios 0.3 ≲ V/Vc ≲ 0.95. It thus suggests that the probability that Be stars are critical rotators is extremely low.
Conclusions: The corrections attempted in the present work represent an initial step to infer indications about the nature of the Be-star surface rotation that will be studied in the second paper of this series. 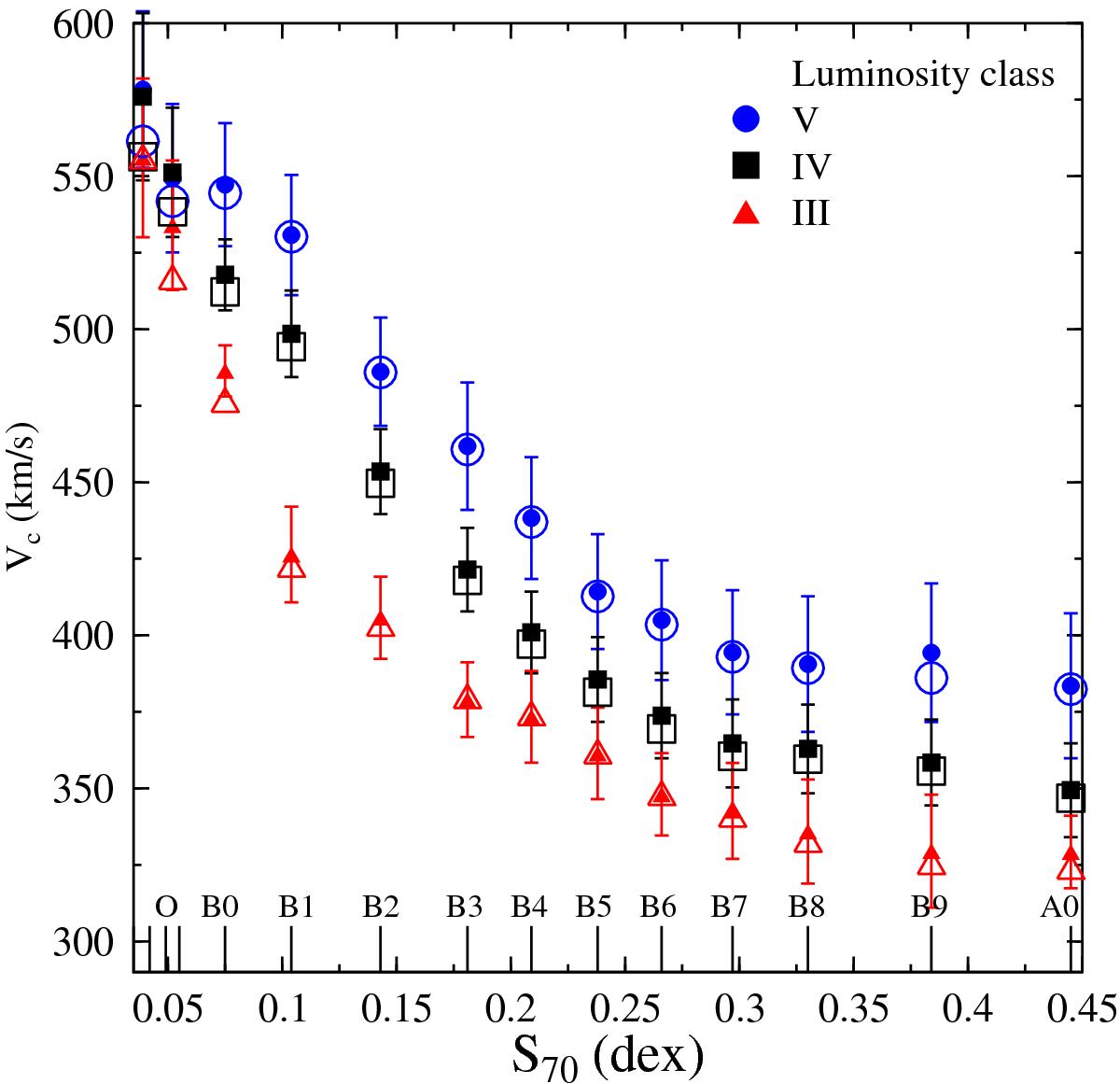